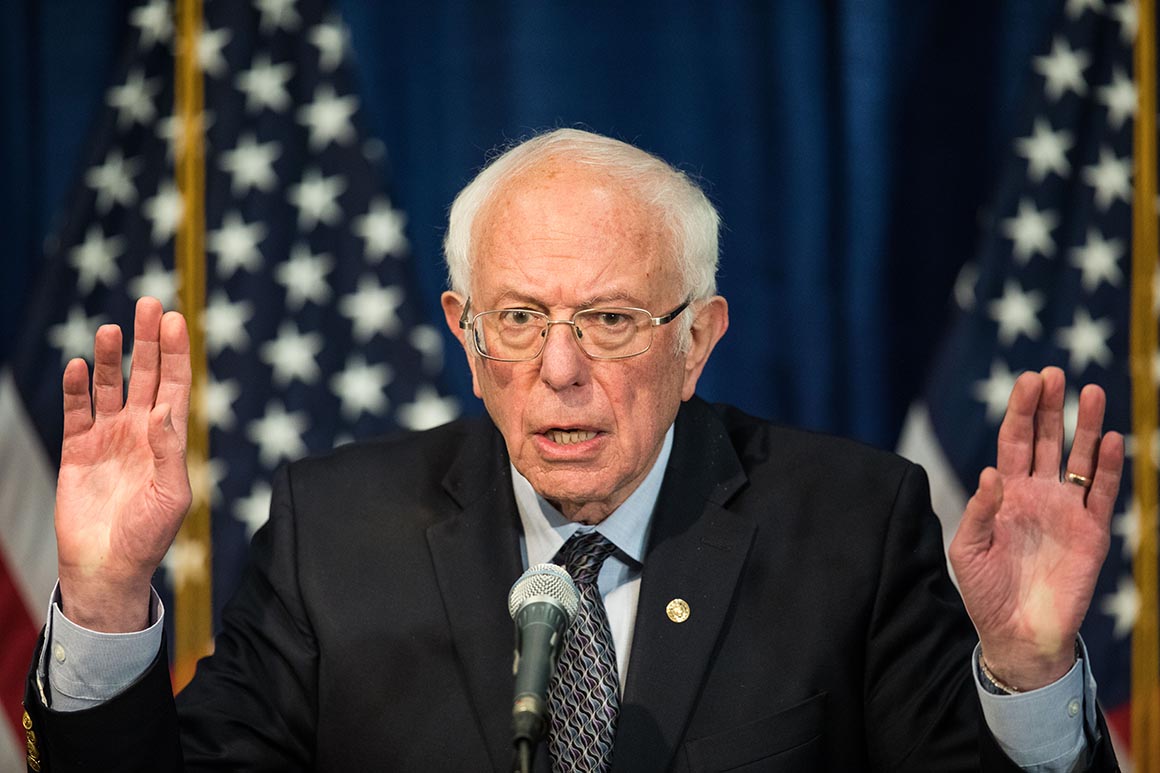 “He always said ‘not me, us’ and I think he’s really living those values by throwing his power and the power of his supporters behind some of the most progressive candidates out there,” said Misty Rebik, executive director of his campaign committee Friends of Bernie Sanders. “We really just see this as an extension of the movement that largely was started back in 2015.”

The candidates who have received Sanders’ support include left-wing insurgents bucking the Democratic Party, including Jamaal Bowman and Charles Booker, both of whom have seen a surge in endorsements and momentum in recent weeks. Bowman is looking to unseat longtime incumbent Rep. Engel Eliot (D-N.Y.), while Booker is running for the Senate in Kentucky against party establishment favorite Amy McGrath.

Other congressional candidates Sanders raised money for include Mondaire Jones, who is competing in New York’s open 17th District; Samelys López, who is campaigning in New York’s open 15th District; and Rep. Alexandria Ocasio-Cortez. Sanders specifically brought in more than $650,000 for the congressional contenders he endorsed, and about $100,000 for those running at the state and local level.

The fact that Sanders invested a significant amount of money and time into these candidates will give him the opportunity to claim a win if they succeed. At the same time, any losses by Tuesday’s high-profile contenders will be another letdown for Sanders and the left in a year that has given them plenty. All eyes are on Bowman, in particular, who has won endorsements from several progressive politicians and organizations that hope to pull off another Ocasio-Cortez-style triumph against an entrenched incumbent Democrat.

Sanders activated his grassroots volunteers to try to help progressive candidates on Tuesday as well, recruiting 3,500 people to help get out the vote for them over the weekend, according to his staff.

His aides said there are still more than 60,000 volunteers on Slack channels maintained by his campaign during the primary. He recently decided to give access to the channels to the candidates he has endorsed, as well as progressive organizations that backed him, so they have the opportunity to recruit his volunteers.

After Sanders dropped out, thousands of his volunteers signed on to a petition warning that their networks were on the verge of collapsing. Some of Sanders’ former aides have also complained that he was letting data on volunteers and supporters that could help elect down-ballot progressives go to waste.

“We’re just now really starting to reengage that group. We didn’t want to do a false start,” said Rebik of the volunteers on his Slack channels. Now, “if the field director of [Minnesota Rep.] Ilhan Omar’s operation wants to build up for a big weekend of action, they would be permitted to post and promote that through all of the Slack channels.”