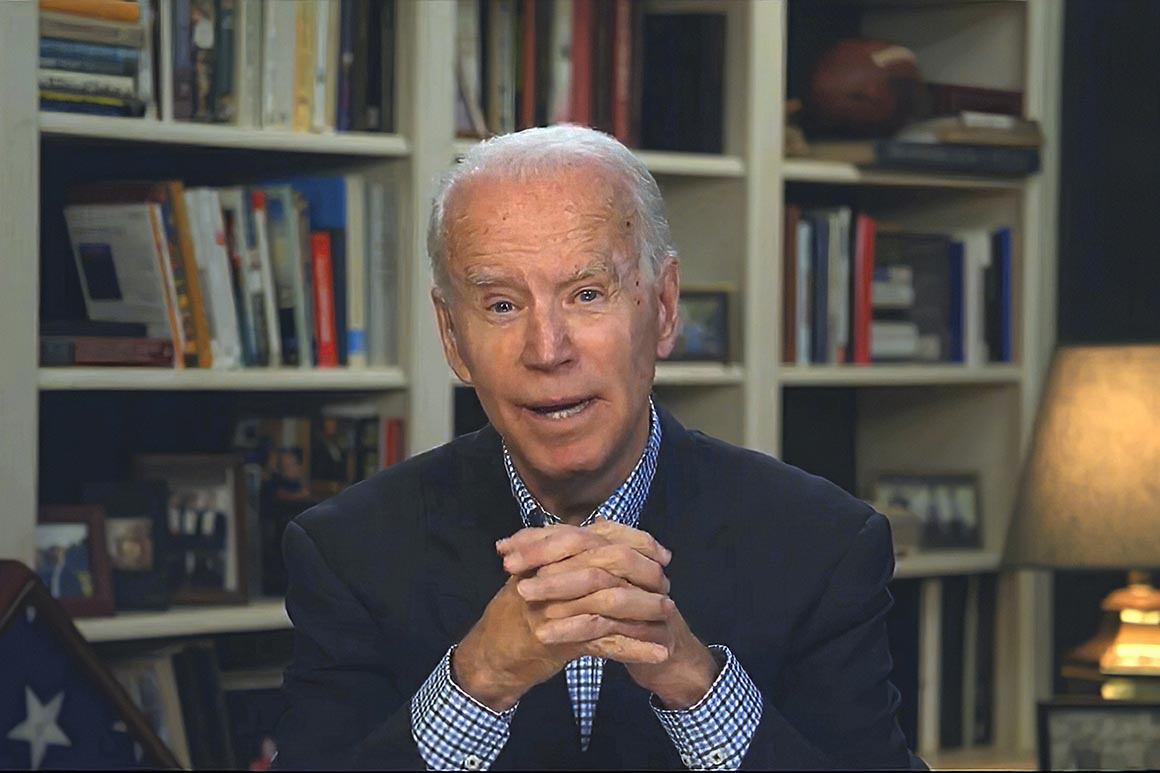 After images of drunken spring-breakers partying amid a contagion were broadcast nationally, DeSantis — a protégé of President Donald Trump — was thrust into the vanguard of Republican governors balking at issuing a broad shelter-in-place order to limit the spread of the virus.

As the state’s coronavirus caseload has increased, so has the criticism of DeSantis, making him an inevitable target for Biden in a state Trump must carry in order to win the White House.

“Floridians deserve science-based action from Governor Ron DeSantis,” Biden said in a written statement that faulted the “absence of leadership from President Trump.”

“While other large states continue to take strong, urgent, and sweeping action to stop the spread of COVID-19, Florida has not. I urge Governor DeSantis to let the experts speak to the public and explain why this is the case,” Biden said. “In this moment of growing uncertainty and anxiety, Floridians want — and deserve — to hear from the public health officials leading the charge.”

Trump has since changed his residency to Florida, made sure to focus his attention deeply on the state and, on Wednesday, approved a disaster declaration to let federal aid flow more easily to the state.

Florida, which has the highest percentage of 65 and older population in the nation, has been slow to test for coronavirus. But as testing has ramped up, so have reported caseloads, which surged 35 percent in a day’s time to 1,977.

The president’s national poll numbers have improved since he began holding regular White House news briefings, where he occasionally praises DeSantis. At the same time, Trump has occupied the spotlight, Biden has been stuck at home, maintaining social distance as he slowly ramps up ‘virtual’ public appearances from a newly installed home studio in Wilmington, Del.

“The Gallup Poll today had President Trump at a 60 percent approval for how he’s handling the crisis and the governor’s polling was pretty close last week on how he’s handling it,” said Evan Power, chairman of the council of county chairs for the Republican Party of Florida.

“So it’s not a great move to criticize DeSantis or the president over this,” Power said. “It’s a cry for relevancy.”

After the March 10 round of primaries, Biden has struggled to capture the media spotlight as national TV news turn its near-complete attention to coronavirus and away from the 2020 campaign trail.

Over the period beginning March 11 through Wednesday, Trump has gotten 440,785 television mentions nationally compared to roughly 83,000 for Biden, according to TV Eyes, a program that tracks mentions.

Biden also received a fraction of the attention Trump got on March 17, the day the former vice president won a key bloc of primary states — including Florida — and essentially ended his primary contest with Bernie Sanders. In a typical election year, that performance would have given any presidential candidate a big shot of momentum and national airtime.