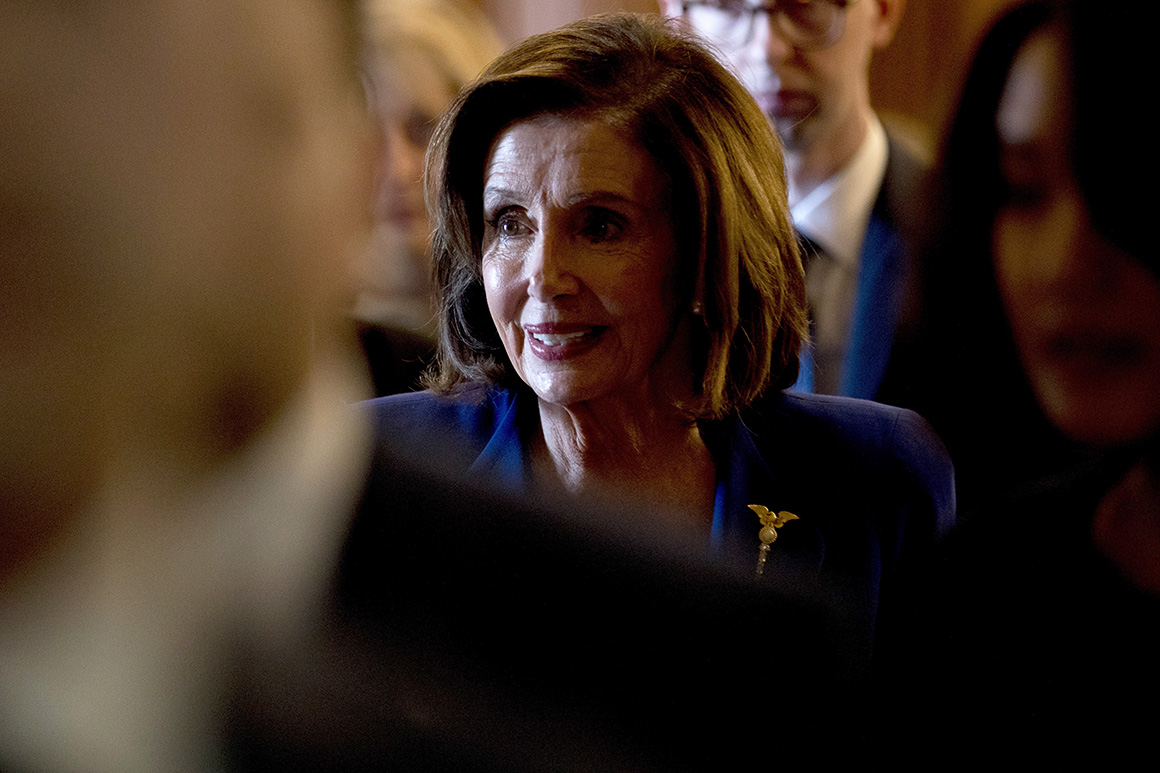 Mnuchin said that he has been in contact with GOP congressional leaders and spoke with Schumer (D-N.Y.) on Sunday morning. He hopes to see the agreement pass the Senate on Monday and the House on Tuesday.

“We’re all on board with the same plan,” he said on CNN’s “State of the Union.”

Saying “our staffs are meeting 24/7,” Schumer echoed Pelosi and Mnuchin, saying on CNN that he was “very hopeful” an agreement will be struck Sunday night or early Monday morning.

“Many of the things we have asked for on the banking side, on the testing side, on the hospital side, they’re going along with,” Schumer told host Jake Tapper on “State of the Union.“ “So we feel pretty good. We still have a few more issues to deal with.”

Pence also expressed optimism. “The negotiations are going on, we are very close,” he said on “Fox News Sunday.”

The Small Business Administration on Thursday announced the $350 billion Paycheck Protection Program wouldn’t accept any more applications, shutting out thousands of potential borrowers looking for aid during the pandemic.

Pelosi said businesses will have their relief in a “timely fashion,” but also noted, “We know that we have an opportunity and an urgency to do something for our hospitals, our teachers, and firefighters, and the rest right now. And then we are preparing for our next bill.”

Congress has faced pressure to pass PPP funding unanimously, as soon as possible. That pressure has mounted with reports that more than 22 million Americans have lost their jobs over four weeks. But Democrats want some of the money to be set aside for communities with few banking institutions. And they’ve pushed for more money for state governments, local governments and hospitals.

After a partisan standoff, multiple sources in both parties said Saturday that notable progress had been made on brokering a tentative deal. The terms center on $250 billion or more for the Paycheck Protection Program, as well as roughly $75 billion for hospitals.

Over the last 48 hours, President Donald Trump has repeatedly attacked Pelosi and “Do Nothing Democrats,” asserting they are costing Americans jobs by blocking new PPP funds.