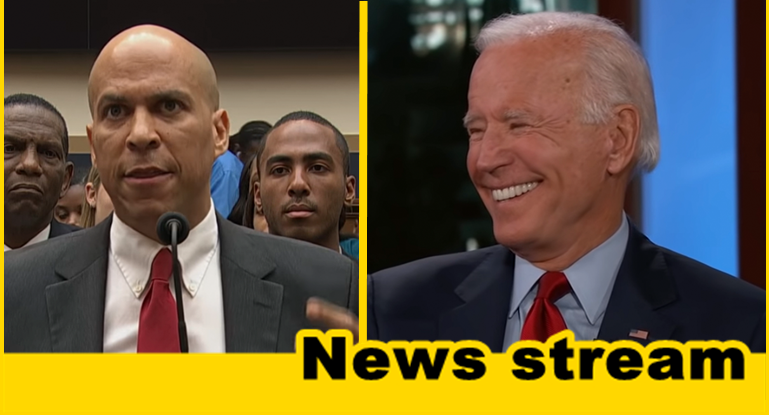 During an appearance on CNN, struggling 2020 Democrat candidate claimed the evidence was “damning” against President Trump on his Ukraine controversy.

He also passionately defended former VP Joe Biden, going so far as to proclaim “if you come after Joe Biden, you’re going to have to deal with me.”

“I’ve said time and time again that this is unacceptable, that if you come after Joe Biden, you’re going to have to deal with me in this case. There is no — as you said — these are baseless, unfounded, scurrilous lies, plain and simple, trying to undermine the character of one of the statesmen of our country, not our party, but our country. And so, yeah, you’ve got a problem with me,” Booker told CNN’s Ana Cabrera on “Newsroom.”

“I can’t speak for this in a political context,” the New Jersey senator added. “This is just me as an American to see these kinds of attacks and whether it’s the lies this President tells about Joe Biden, or lies that he tells about other American citizens, to demean and denigrate them.”

Booker’s comments come as Trump continues to lash out at Biden and his son, Hunter, after a House impeachment inquiry was launched last month.

The inquiry came in the wake of a whistleblower complaint that alleges Trump abused his official powers “to solicit interference” from Ukraine in the 2020 election and that the White House took steps to cover it up. Trump has denied any wrongdoing.