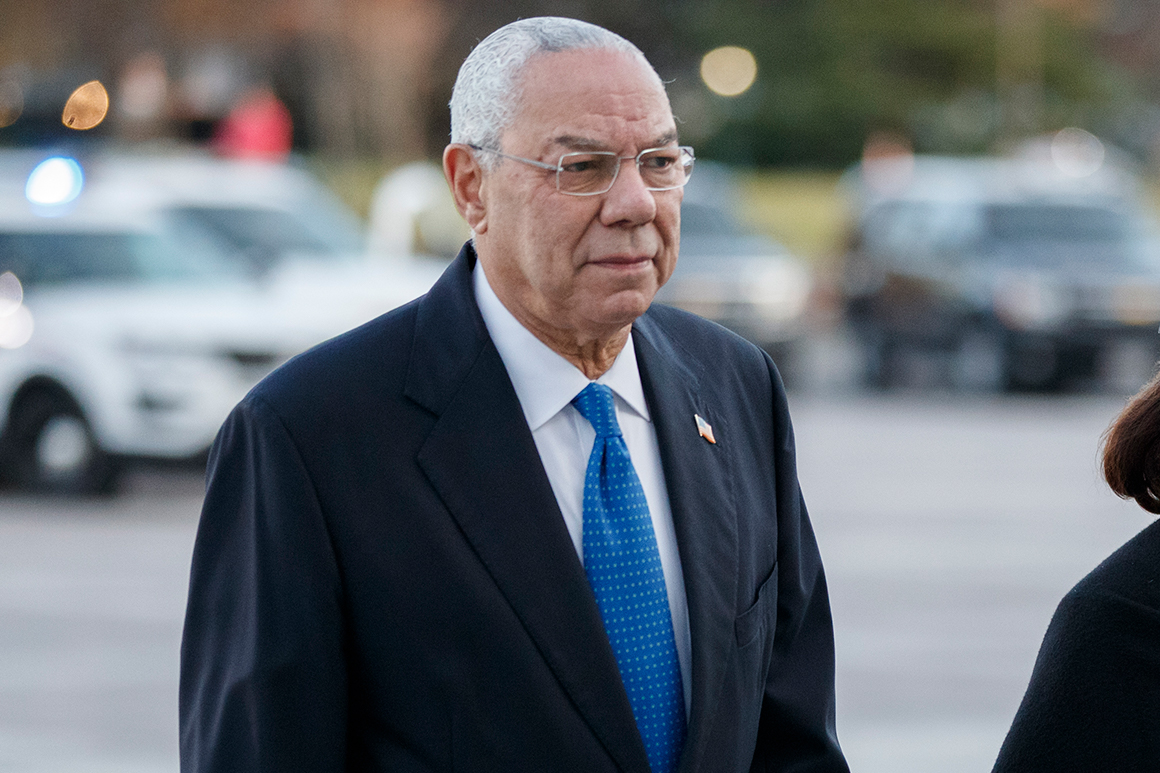 Powell, who was viewed as a potential Republican candidate earlier in his career, did not vote for Trump in 2016 and made it clear Sunday that he plans to vote for Democratic candidate Joe Biden in November.

He also said he’s “very happy” with the criticism of Trump by top generals and diplomats over the past week.

“I’m very happy with what General [John] Allen said and all the other generals, admirals are saying and diplomats are saying. We have a Constitution and we have to follow that Constitution, and the president has drifted away from it.”

Powell explained that he has found Trump’s attitude and comments “dangerous” — from the birther conspiracy theories surrounding then-President Barack Obama’s citizenship, to insulting immigrants, Gold Star mothers, the late Sen. John McCain and “anybody who dared to speak against him.”

“The one word I have to use — with respect to what he’s been doing for the last several years — is a word I would never have used before and I never would have used with any of the four presidents I have worked for: He lies. He lies about things. And he gets away with it, because people will not hold him accountable.”

Powell explained that he views the current Black Lives Matter protests as a sign that the country is “getting wise” to Trump’s rhetoric and experiencing a turning point as the 2020 presidential election heats up.