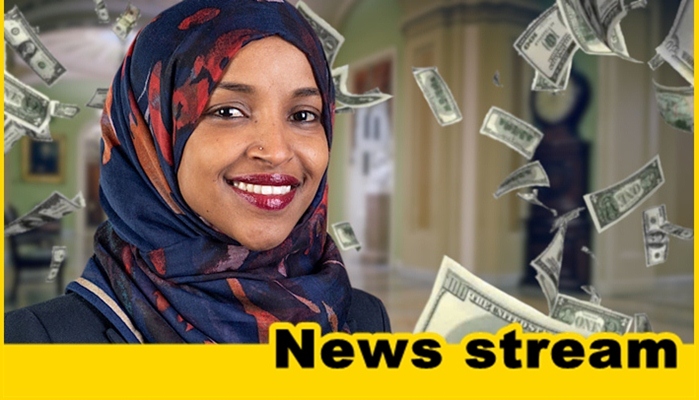 A new divorce filing shows that Tim Mynett, Rep. Ilhan Omar’s lover, is officially parting ways with his wife, Dr. Beth Mynett, who accused her husband of putting their son “in harm’s way” by having an affair with Omar.

Mrs. Mynett alleges in her divorce filing that her husband’s “more recent travel and long work hours now appear to be more related to his affair with Rep. Omar than with his actual work commitments,” according to documents obtained by The New York Post.

Despite the influx in cash from Omar, Mrs. Mynett claims that her husband is “nearly broke, and his business is floundering.”

According to The Post, Mrs. Mynett, who serves as the medical director for the D.C. Department of Corrections, is seeking primary custody of her son because she “doesn’t trust her husband’s judgment” anymore.

“By way of example, days prior to Defendant’s devastating and shocking declaration of love for Rep. Omar and admission of their affair, he and Rep. Omar took the parties’ son to dinner to formally meet for the first time at the family’s favorite neighborhood restaurant while Plaintiff was out of town,” the divorce filing states.

“Rep. Omar gave the parties’ son a gift and the Defendant later brought her back inside the family’s home,” the papers add.

Because of this, Mrs. Mynett believes that her husband “put his son in harm’s way by taking him out in public with Rep. Omar, who at that time had garnered a plethora of media attention along with death treats, one rising to the level of arresting the known would-be assassin that same week.”

John Hinderaker, president of the Center of the American Experiment, explains in an article for Powerline that Omar “has already been found guilty of improperly using campaign funds to pay her own personal expenses.”

“If the $230,000 that Omar’s campaign has paid to Mynett includes travel costs relating to romance rather than political consulting, or if the fees were inflated for the joint personal benefit of Mynett and Omar, it would represent another violation on Omar’s part,” he writes. “An appropriate agency should investigate the appropriateness of the funds paid by Omar’s campaign to Mynett.”

Additionally, an article from Daily Mail notes that Mr. Mynett started his consulting firm in July 2018, just “one month before Omar started paying the company for its services.”

Siraj Hashmi, a writer for Washington Examiner, said that “for many traditionally conservative Muslims, this goes beyond the pale.”

“Dating/marrying outside the religion is enough to ostracize her. However, given her politics, I can imagine them giving her a pass,” he said.

Not sure how this will sit with the Muslim community who support Ilhan Omar.

For many traditionally conservative Muslims, this goes beyond the pale: dating/marrying outside the religion is enough to ostracize her. However, given her politics, I can imagine them giving her a pass https://t.co/VDQNmqHdYu

As The Sun reported, Omar and her husband, Ahmed Hirsi, are allegedly in the process of getting divorced.