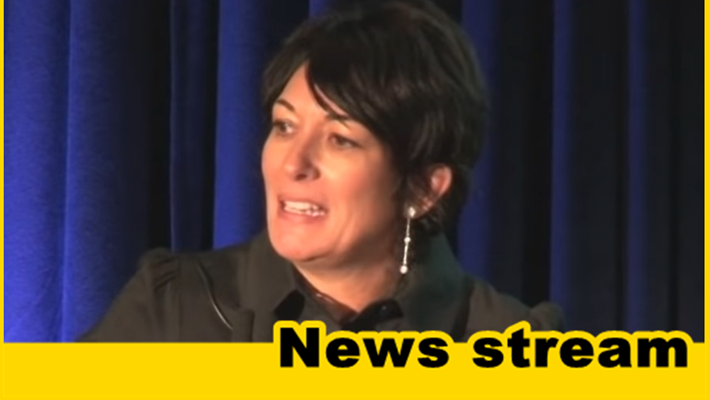 Yahoo reports accused “madame” and “Lady of the House,” Ghislaine Maxwell, has been found after questions surrounding her whereabouts made international headlines. Is she in Europe? Or hiding in a picturesque Massachusetts beach town?

Not exactly. Maxwell, Jeffrey Epstein’s former girlfriend and alleged co-conspirator in his suspected sex-trafficking operation, was found at an In-N-Out Burger restaurant in Los Angeles.

The New York Post obtained an image of the 57-year-old sitting alone at the burger chain’s location in Universal City on Monday. With her dog in tow, she allegedly told an onlooker, “Well, I guess this is the last time I’ll be eating here!” Maxwell was reading a book called The Book of Honor: The Secret Lives and Deaths of CIA Operatives.

After a close neighbor of Scott Borgerson reported that Maxwell has been at his home in Manchester, MA for the last few years, reports of "Ghislaine sightings" have been popping up all over. The NY Post says these photos were just snapped at an In and Out Burger in Los Angeles. pic.twitter.com/s10TZ4Y8wX

Ironic, as authorities have been scrambling to track her down. It’s the first time the British socialite has been photographed in public since 2016.

Epstein accuser Jennifer Araoz filed a civil lawsuit Wednesday against Epstein’s estate, alleging she was sexually assaulted at 14 years old. She claimed that “Maxwell participated with and assisted Epstein in maintaining and protecting his sex trafficking ring, ensuring that approximately three girls a day were made available to him.”

Maxwell, the youngest daughter of British media mogul Robert Maxwell, has yet to be charged with any crimes in connection to Epstein. She has previously denied any wrongdoing, including when accuser Virginia Giuffre (née Roberts) claimed she was forced to have sex with Epstein and Maxwell on demand.

According to court records unsealed Friday, Giuffre was a teenager when she alleged Maxwell found her working at President Donald Trump’s Mar-A-Lago resort and asked her to audition for a job as Epstein’s traveling masseuse. The lawsuit was settled in May 2017.