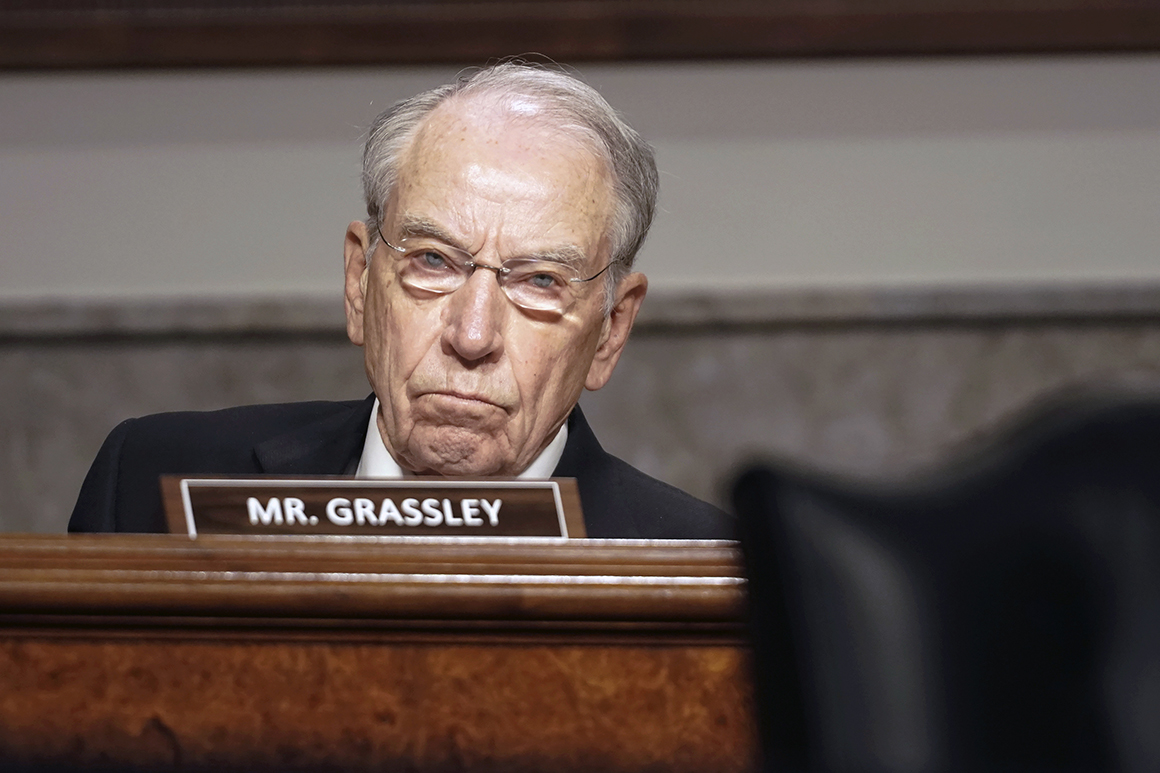 “Congress has made it clear that should the president find reason to fire an inspector general, there ought to be a good reason for it,” Grassley said in a statement for the congressional record. “The White House’s response failed to address this requirement… Without sufficient explanation, the American people will be left speculating whether political or self-interests are to blame.”

The move comes after Grassley demanded that the Trump administration provide an explanation for the firing of Michael Atkinson, the intelligence community’s inspector general, and Steve Linick, the State Department’s inspector general.

Last week, White House Counsel Pat Cipollione told Grassley that Trump had “acted within his constitutional and statutory authority” in the firings. But the senator, known as a longtime advocate for oversight, said that response was insufficient. Grassley is also working on legislation to prevent political appointees from taking on the role as acting inspector general.

Trump placed the two inspectors general on administrative leave for 30 days, prompting speculation that the president was trying to circumvent a legal requirement to notify Congress ahead of their removal.

Linick told House lawmakers Wednesday that he was fired after he sought an interview with Secretary of State Mike Pompeo about arms sales to Saudi Arabia made over the objections of career officials. Trump meanwhile blamed Atkinson for the House impeachment inquiry by revealing the existence of a whistleblower complaint against him for his dealings with Ukraine.

Andrew Desiderio contributed to this report.