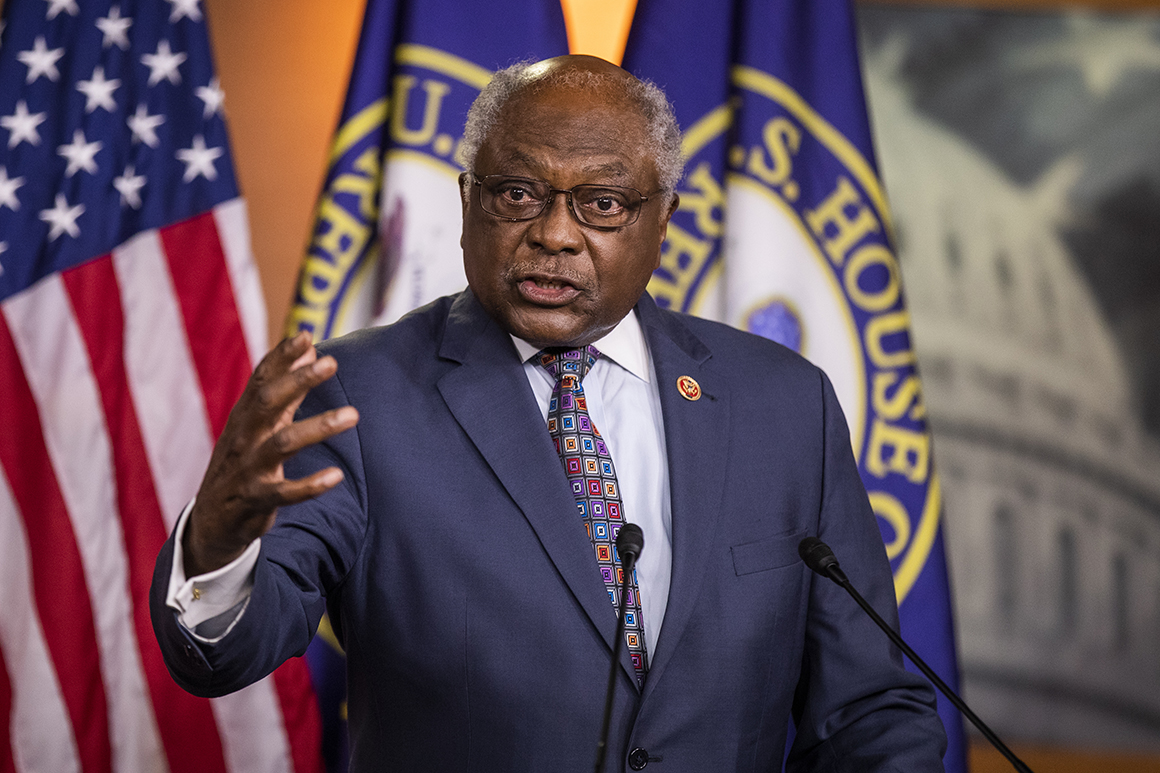 Pelosi slammed Bolton’s refusal to testify previously, saving his most damaging evidence for his book, as “a con.” But she said the allegations nevertheless dovetail with the House’s impeachment charges that Trump was unfit for office. “We’ll be discussing how the American people are best served by oversight,” Pelosi said. “The public has a right to know.”

Pelosi’s comments followed Majority Whip Jim Clyburn of South Carolina, the No. 3 House Democrat, who told CNN Thursday morning that the House “ought to consider” subpoenaing Bolton to hear his allegations under oath.

“I really believe that we may need to get to the bottom of this. Not so much for impeachment. I don’t care about impeachment,” Clyburn said. “It’s for preserving this electoral process that we have, because this president is doing everything he can to undermine fair and unfettered elections in this country. And so I believe John Bolton can do a great service if he were to come now and let the American people know that this election this year is under threat of being invaded once again by a foreign power.”

Clyburn’s comments came as House Foreign Affairs Chair Eliot Engel (D.N.Y.) and House Intelligence Chair Adam Schiff (D-Calif.) indicated there are revived discussions about “next steps” related to Bolton, now that his book, which the Justice Department is attempting to block from publication, is scheduled to hit the shelves within days.

“We will continue to hold Trump accountable, and work to expose his abuses and corruption. In the coming days, we will be consulting with the speaker and other chairs on next steps,” Schiff said of the Bolton revelations.

Meanwhile, Senate Republicans were quick to downplay suggestions that Bolton should be called to testify about his allegations, even those indicating Trump is seeking foreign assistance in his reelection.

“He’s trying to sell a book, and we’ve got so many things that are more important to do that that would not be my priority,” Sen. John Cornyn of Texas told reporters. Cornyn said Trump denied the suggestion he sought China’s help. “With everything else we have to do, whether it’s police reform or Covid-19, I just think those are more important.”

“So I have concerns about … the way in which this is unfolding,” Portman said.

Democrats had largely resigned themselves to ignoring Bolton after he blew off their requests for his testimony during impeachment. Bolton, reportedly, will needle the House in his book for failing to expand the scope of its impeachment probe beyond allegations that Trump abused his power to pressure Ukraine to investigate his Democratic rivals. Though Bolton’s book is expected to affirm the Democrats’ case, he also indicates other potential foreign policy transgressions that could have been part of the impeachment case.

Democrats never subpoenaed Bolton during the impeachment process, but they did briefly subpoena his former deputy, Charles Kupperman, who shares an attorney with Bolton. But Kupperman fought the subpoena in court, suggesting he was torn between the obligation to speak to Congress and an order from Trump not to testify.

His attorney, Chuck Cooper, made clear that Bolton shared the same view and would similarly fight a subpoena. Ultimately, the House dropped its effort as its case proceeded to impeachment and trial. Other members of Bolton’s National Security Council testified willingly under subpoena, a fact that House Democrats repeatedly pointed out amid Bolton’s resistance.

After the House’s impeachment, Bolton reversed himself and promised to testify during the Senate trial if subpoenaed. Ultimately, Senate Republicans refused to subpoena him, with only Sens. Mitt Romney (R-Utah) and Susan Collins (R-Maine) joining all Democrats in favor.

Senate Democratic Leader Chuck Schumer (D-N.Y.) said Thursday that even though Bolton blew off calls to testify during impeachment, his allegations — particularly those about Trump’s effort to get Xi to purchase American agricultural products — are credible.

“It fits. Right after Trump signed the deal I was critical of him and … said it seems that he sold out for a bunch of soy beans which our farmers will never see purchased,” Schumer said. “Bolton indicates that that was true, that Trump turned his back on American workers, on American strength, all to help his reelection. And the farmers aren’t even getting helped. Xi played him like a fool.”

After Trump’s acquittal, Democrats mulled calling Bolton again, but within weeks, the coronavirus pandemic overtook the congressional agenda, and matters related to investigating Trump appeared to move to the back burner.

The House’s interest may extend beyond Bolton himself and to the White House’s role in trying to suppress his book. Top Trump-appointed intelligence officials intervened in the process and accused Bolton of rushing to print his book without removing highly sensitive classified information. But their intervention came after the official tasked with reviewing his book, Ellen Knight, concluded that it had been scrubbed of classified details.

In a late Wednesday court filing, the Justice Department sought a restraining order to enjoin the book from being printed, even though copies have been distributed and many of its revelations had been obtained and printed by reporters. The court filing included affidavits from Trump’s top intelligence and national security officials asserting that Bolton’s book was still replete with sensitive intelligence and would harm national security if printed.