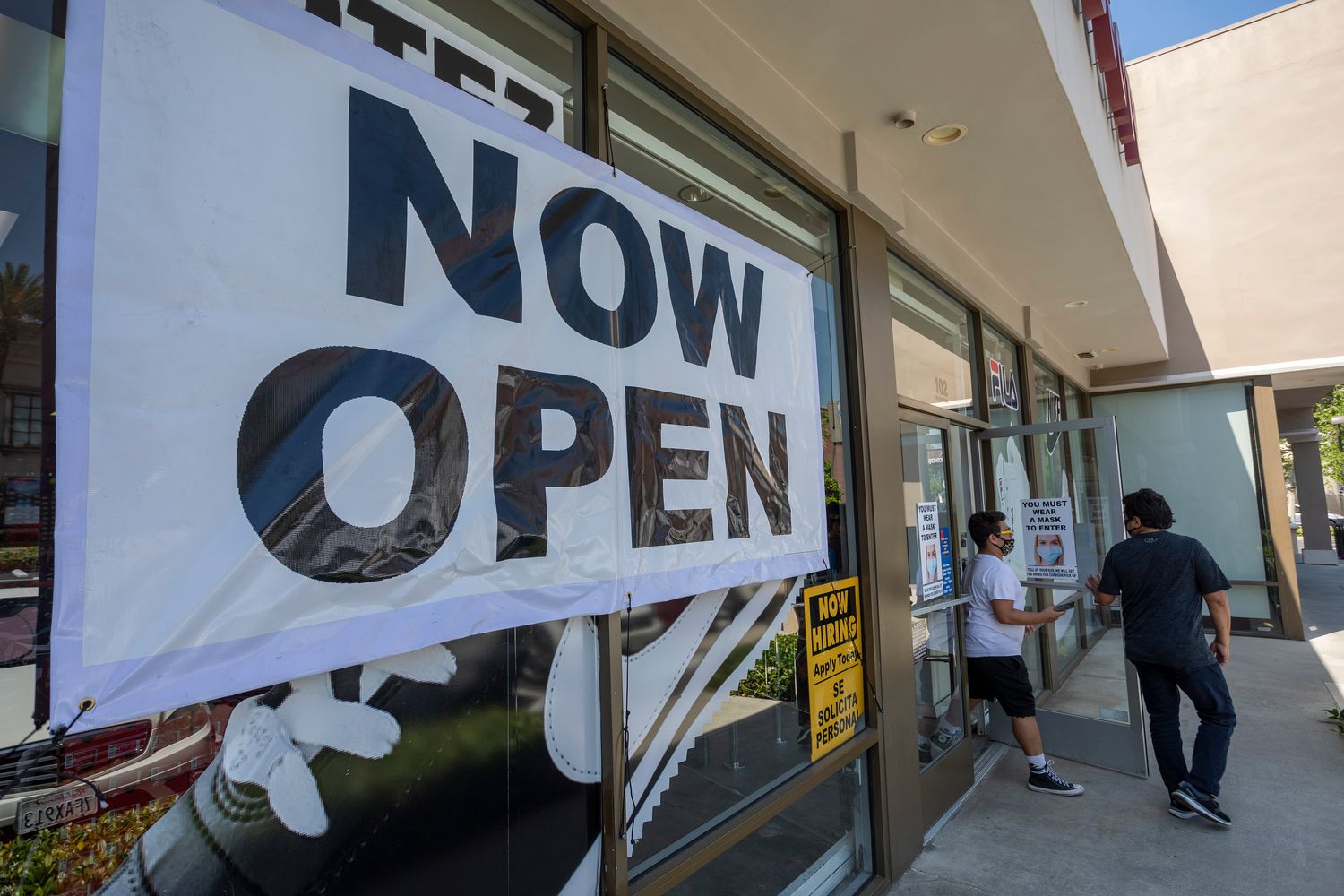 Republicans have raised concerns that the enhanced unemployment benefits could discourage people from returning to work, because in some cases they are making more than their original wages. Stephen Moore, a conservative economist and outside adviser to President Donald Trump, said Friday that the topline number of jobs being created could have been higher for May if the unemployment sweetener were not in place.

“We need to go back to the old unemployment insurance system as quickly as possible now,” Moore said.

But others say the higher level of aid is bolstering consumer confidence and keeping demand closer to normal levels as businesses begin to reopen.

Adam Ozimek, the chief economist at Upwork, a platform that connects businesses with freelancers, said Congress could consider a compromise by extending the unemployment insurance booster but combining it with something akin to a “return to work” benefit — meaning workers have access to aid both if they remain unemployed and if they head back to the office.

“The goals are to make sure we’re not wreaking havoc upon the 20 million people who are still out of work, and giving them support without holding them back from going back to work when they can,” Ozimek said. “I think there’s a balanced approach here that continues to make unemployment generous but also gives people money when they go back to work.”

While the unemployment rate for adult women, adult men, white workers and Hispanic workers dropped from April to May, it rose slightly for black workers to 16.8 percent, the Labor Department reported. That could fuel a push from Democrats and labor leaders to extend the program, as they have argued in recent days that allowing it to expire on July 31 would hit black communities acutely, particularly as protests over racial inequality spread across the country.

“It needs to be passed quickly,” AFL-CIO President Richard Trumka said during a press call Wednesday. “People of color have been hit the hardest by this pandemic. So if we allow the unemployment extension to lapse, it hurts them, and it hurts them bad.”