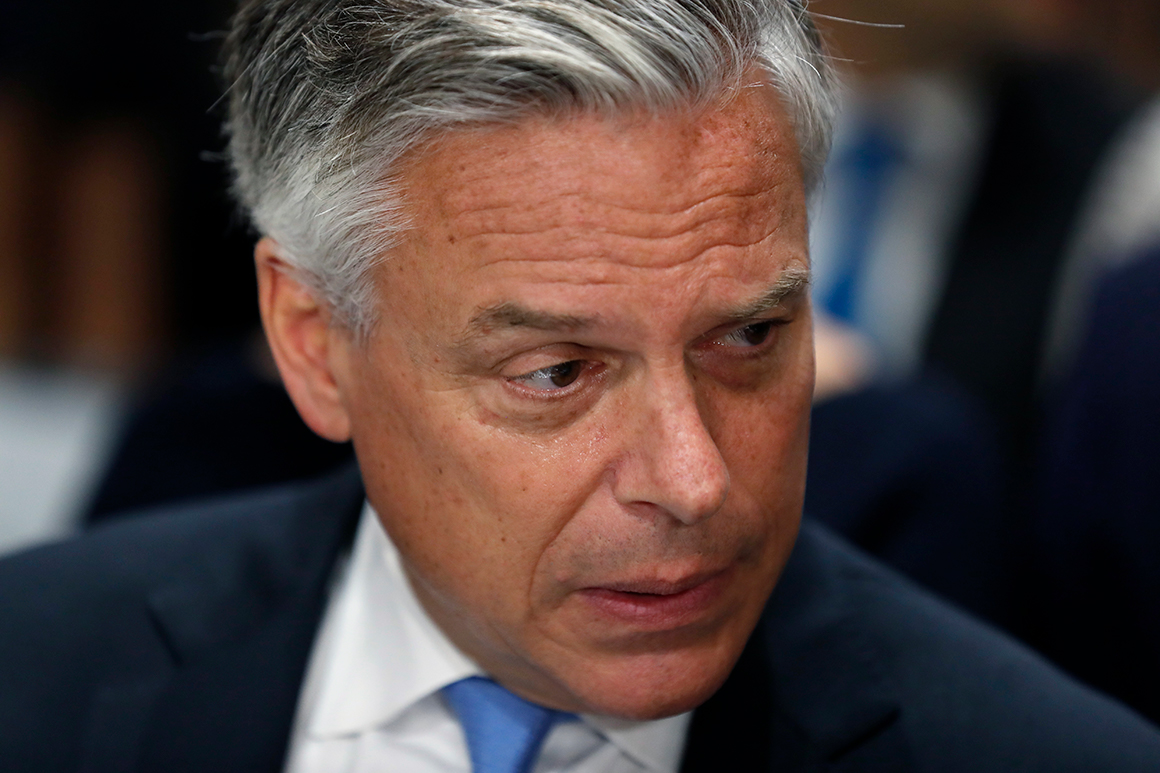 When former Utah Gov. Jon Huntsman launched a bid for his old job last November, his entry to the race elicited one immediate question: Why?

Now, on the eve of the state’s Republican primary, many GOP voters are asking that very question. Huntsman, despite once owning 90 percent approval ratings as governor and a surname that’s legendary in Utah, is struggling to fend off Lt. Gov. Spencer Cox for the GOP nomination.

Back in 2009, just a few months after he was reelected to a second term with nearly 80 percent of the vote, Huntsman left Utah to serve as ambassador to China under then-President Barack Obama — before fleeing Beijing abruptly in 2011 for an ill-fated presidential campaign against the man who appointed him.

Then Donald Trump, in need of a credible ambassador in Moscow after Russia’s interference in the election, tapped the experienced Huntsman for the job — even though the former governor had called on him to drop out after the "Access Hollywood" tape.

Huntsman’s willingness to serve in both Democratic and Republican administrations — as well as his reputation for moderation that includes his role as a co-chair of the bipartisan group No Labels — is testing Utah Republicans’ tolerance for the kind of technocratic governance he represents.

"This race is kind of Huntsman versus Huntsman," said Doug Foxley, a political strategist and senior adviser to the Huntsman campaign. "Some of these people have feelings about Jon — and they’re either voting for him, or they’re voting against him."

Recent polls show the primary as a near-tie between Huntsman and Cox. Also on the ballot are two well-known state Republicans — former state House Speaker Greg Hughes and former state GOP chairman Thomas Wright — who have ranked behind the two frontrunners.

In between ambassadorial assignments, Huntsman told POLITICO in 2014 he had no intention of running again. "I’ve been governor, elected twice as governor, but when you get elected with about 80 percent of the vote, if you try to do that over again, you’re never going to be as good as the first time around," he said then.

Now, Huntsman is trying to convince GOP voters that his work in his home state isn’t done yet.

An already difficult race became even harder in its closing weeks, when Huntsman contracted the novel coronavirus, forcing the candidate into a strict quarantine in his home. In a series of videos chronicling his time in quarantine, Huntsman described the acute fatigue he was suffering as a result of Covid-19, in addition to providing updates on his campaign.

“I don’t think it hurts him,” said Frank Pignanelli, a Salt Lake City-based political strategist. Citing the former governor’s public comments on receiving a test and delayed results, the question, he said, will be “Was there a sympathy [vote], or was there, ‘Ok, this guy’s been through it. He knows how to deal with it?’ No one knows that." 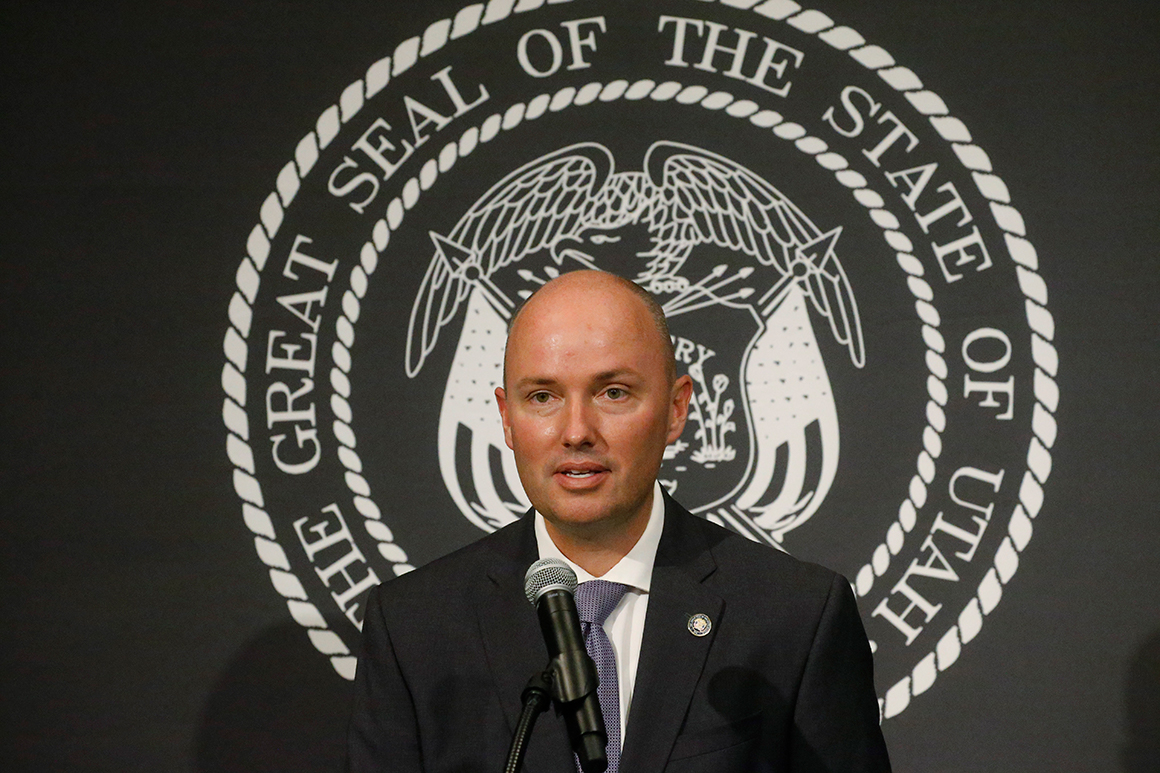 Cox, who has been endorsed by Utah’s current Gov. Gary Herbert, is leading the state’s coronavirus response. He has used his leadership role to highlight his own firsthand knowledge of the crisis, running an incumbent-like campaign, even as coronavirus cases are rising in the state.

Still, Cox has been accused of politicizing the virus through his endorsement of a no-policy policy on wearing masks in public.

"[The coronavirus] really changed and reshaped the way politics is done," Cox said in an interview, adding that he took over a month off from campaigning to manage the outbreak. "We’ve done a lot more tele-town halls, Zoom meetings, those types of things. Which is hard because my style — I feel much more comfortable when I’m connecting directly with voters."

Huntsman, whose campaign declined an interview request for this story, has used his personal experience with the virus to inform his campaign platform, which stresses economic renewal, expanded mental health resources and a more robust vote-by-mail system. He has countered Cox’s claim of continuity with the message that his familiarity with Utah’s economy as a former governor best positions him to dig the state out of financial ruin.

As governor, Huntsman oversaw a period of considerable economic expansion for Utah, cutting taxes by more than $400 million. The state was named among the nation’s best managed by the Pew Center on the States in 2008, just before he was reelected to a second term.

His strongest suit has been his ability to construct a new coalition of voters who might not have normally participated in the state’s closed primary. Polling shows that Huntsman is the favorite among unaffiliated voters, a group he consistently courted on the campaign trail. Tuesday is expected to bring strong turnout in the all-mail election, and his allies say that will consist largely of independents-turned-Republicans who wish to participate in the four-way primary.

Cox alluded to this, saying, "my opponent is working really hard to register Democrats as Republicans. The big question is how many of those registered Republicans actually do cast a ballot."

The Huntsman name is widely known in Utah — and thus-far undefeated politically. Huntsman’s father is the late billionaire philanthropist Jon Huntsman Sr., who was a leader in state business and politics. He chaired Ronald Reagan’s 1984 campaign in Utah and his business, Huntsman Chemical Company, patented a number of widely-used fast food containers, including the “clamshell” that became famous as the vessel for McDonald’s Big Mac cheeseburgers. Huntsman’s brother, Paul, is the owner and publisher of The Salt Lake Tribune.

If elected, Huntsman said he will not leave office again. His focus, instead, is on rebuilding the economy of his state and preserving its citizens’ physical and mental health. Still, a number of factors — the coronavirus’ spread, the number of candidates running and his record as ambassador under Democratic and Republican presidents — make a Tuesday an even bigger question mark than usual.

“What he’s trying to do with this economic plan, obviously, is to focus on something important, but also to kind of remind people, ‘Yeah, I’ve been there. I’ve done that,’" said Matthew Burbank, an associate professor of political science at the University of Utah. "And, of course, with the Huntsman name, that’s a relatively easy message to get out there."