The biggest threat to Tehran is its own ineptitude.

Over the weekend, thousands of Iranians poured back onto the streets to protest about their regime’s initial, untruthful attempts to shirk responsibility for shooting down an airliner with 176 people on board.

There was a common refrain to many of the chants from crowds of students and other critics of the regime: that Supreme Leader Ayatollah Ali Khamenei and his high-brass in the Revolutionary Guards should now resign because of their incompetence.

This is dangerous territory for Iran’s rulers. Accusations that the leader is mismanaging the country (and fomenting corruption) plays to a fury that unites the reformist camp with many more conservative Iranians. At both ends of the political spectrum, there’s intense frustration that the Islamic Republic never delivered, and that neighbors like Turkey, Qatar and the United Arab Emirates put themselves on the map in a way that Iranians always aspired to, either politically or economically.

The demonstrations on Saturday and Sunday in cities such as Tehran, Tabriz, Yazd, Hamedan, Mashhad and Rasht were, of course, primarily significant because they showed people were still willing to vent their rage against their government despite security forces brutally crushing protests in November, killing hundreds of protesters and arresting thousands.

In the immediate case of the airliner, the failings of the state’s management systems have been excruciatingly exposed.

Monday’s protests appeared somewhat more subdued, but the increased focus on the regime’s ineptitude is a slow-burning fuse under the Iranian powder keg that now looks hard to extinguish. No one expected protests to flare up again so quickly after the brutality of the clampdown in November. After the spectacle of a huge state funeral for Qassem Soleimani, a top Iranian general killed in a U.S. attack on January 3, Khamenei might have hoped for a slightly longer political respite.

But the plane disaster has put him straight back on the defensive. This weekend, his security apparatus resorted to more heavy-handed policing, arrests and live rounds. Videos from Iran showed some injuries, but there were no confirmations of the number of casualties.

Mountain of the disenfranchised

In a statement, students at Amirkabir University in Tehran called for a genuine democracy and pointed out that the past two months had exposed the “inefficiency of the ruling system.” They complained that the economic policies of the past 30 years had created a corrupt class of oligarchs on one side, and a “mountain of the disenfranchised” on the other.

And it’s not just young people and students, with their chants of “death to the tyrant,” who are calling out Khamenei. 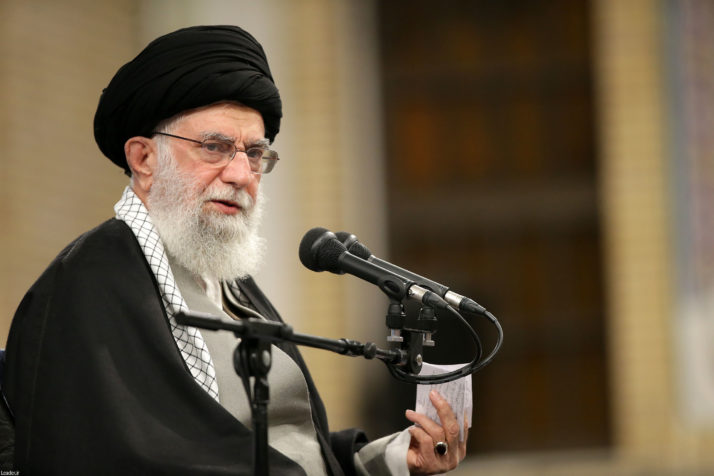 Faezeh Hashemi, a former lawmaker and daughter of the late President Akbar Hashemi Rafsanjani, also said that it was time for Khamenei to make “fundamental and deep changes” to the way the country is run. In outspoken remarks carried by BBC Persian, she also lamented national “standards that have nothing to do with management.”

Only the day before Soleimani’s death, BBC Persian reported that 100 conservative activists warned Khamenei that he needed to enact exactly these kinds of profound structural reforms to prevent the overthrow of religious rule. There are also parts of the conservative camp that frequently warn about the dangers of corruption devouring the system from within.

In the immediate case of the airliner, the failings of the state’s management systems have been excruciatingly exposed. Iranians are furious that their top officials attempted a clumsy cover-up. After the disaster, an adviser to President Hassan Rouhani warned journalists not to play to Western propaganda by doubting the official version of events. With a dismissive confidence, the head of the civil aviation authority even argued the suggestion that a missile downed the plane had been “unscientific.”

Iranian officials then had to scramble to change their story when Canadian Prime Minister Justin Trudeau held a press conference to deliver an intelligence assessment that the plane, with 63 Canadians on board, had been blown out of the sky by a rocket.

Since then, top Revolutionary Guard commanders have made a limp show of remorse, saying they wished they had died themselves in the tragedy. But crocodile tears do not wash with protesters, who want to see resignations and accountability. The government spokesman denied lying, and just said that Tehran was responding to the “available information.”

Iranian anger over mismanagement, however, runs far deeper than the latest lies over the plane. At heart, patriotic Iranians are angry that their country is an economically weakened pariah. One of the deepest grievances is that competent technocrats have been purged and replaced with people with little experience but the right connections, often to wings of the Revolutionary Guard.

Experts and the well-educated have defected en masse. The production of high-value liquefied natural gas is a classic example of an area where Iran’s lack of technology and expertise have left it trailing as an international force. Although Iran holds the second-biggest reserves of gas in the world, it has been unable to follow Qatar in becoming an LNG powerhouse. Despite high levels of education, abundant crude oil, rich mineral reserves and 82 million people, Iran’s economy is smaller than Belgium’s.

When asked about these failures, Iranians are often circumspect about whether sanctions are to blame. They more often fume: “Modiriyyat nadare, the country’s got no management.”

The shooting down of the plane epitomizes both the incompetence of the regime, and the fact that the nation’s brightest and best look to emigrate. The list of fatalities from the flight manifest was a harrowing litany of not only children and newly married couples, but doctors, engineers and scientists. 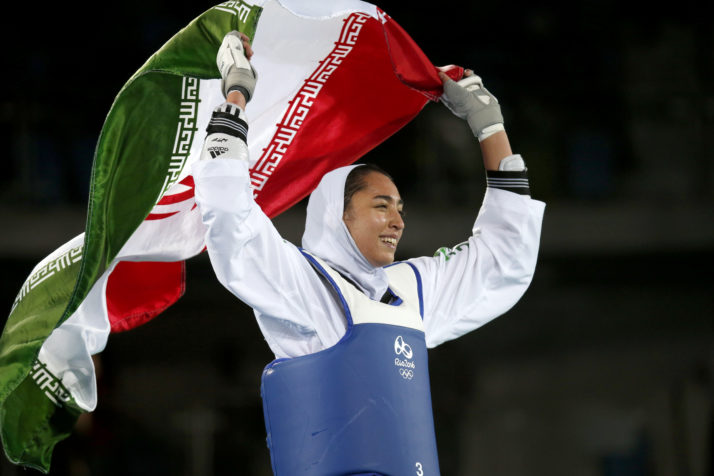 Kimia Alizadeh, winner of bronze in taekwondo in 2016, has defected from Iran | Tatyana Zenkovich/EPA

Students at Sharif University in Iran certainly viewed the downed flight as a symbol of the nation’s brain-drain. “They’ve killed our elite,” the students chanted.

If only to compound that sense of a nation unable to hang on to its best performers, Iran’s only female athlete to win an Olympic medal announced this weekend that she had defected. Kimia Alizadeh, winner of bronze in taekwondo in the 2016 Summer Games, said she’d had enough of being “one of the millions” of women oppressed in Iran.

In the near term, the leadership is showing no desire to launch the root-and-branch political and economic reforms that protesters are clamoring for, and is instead still sending basij militiamen with motorbikes and firearms onto the streets.

As the students at Amirkabir University lamented in their statement, the regime has run dry on options and its “only response to every crisis is repression.”

Related stories on these topics: