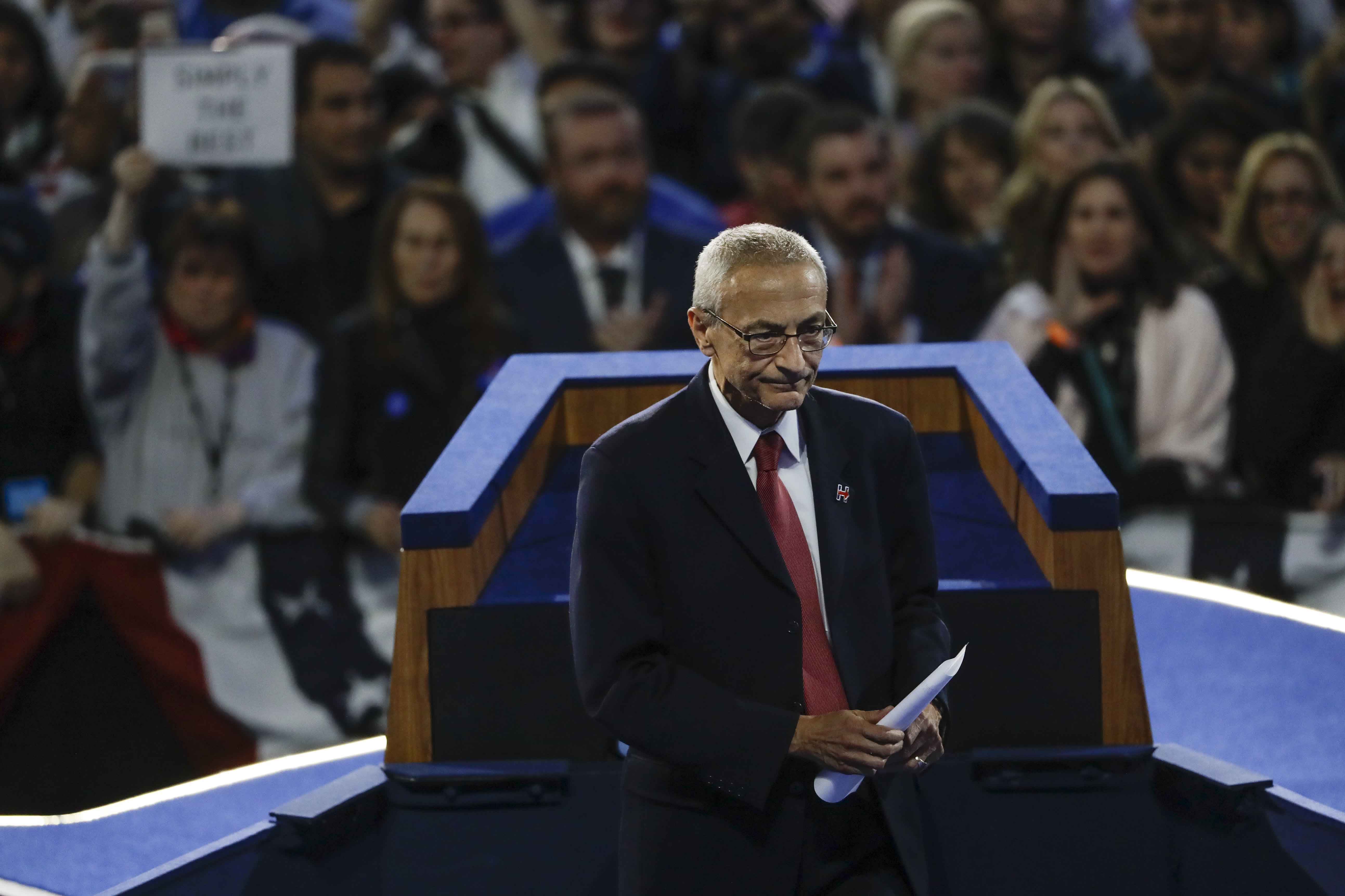 “Wasn’t he caught, forced to leave his firm, with BIG BAD things to happen? Why did nothing ever happen to him, only to the ‘other’ side?” the president wrote.

It’s not the first time Trump has ruminated about why Tony Podesta hasn’t been charged with wrongdoing.

Podesta’s once-powerful lobbying firm, the Podesta Group, came apart in 2017 as Mueller scrutinized its work with Paul Manafort as part of his investigation into Russian interference in the 2016 election. Trump wondered several times via Twitter why Podesta hasn’t “been charged and arrested,” as he put it in a 2018 tweet.

Manafort, Trump’s former campaign chairman, arranged to hire the Podesta Group and another lobbying firm, Mercury, in 2012 to lobby on behalf of a nonprofit called the European Centre for a Modern Ukraine. Mueller’s investigation revealed the nonprofit was under the control of the Ukrainian president at the time, Viktor Yanukovych, and his political party.

Manafort was charged with violating foreign lobbying disclosure laws, among other crimes, but Mercury and the Podesta Group were never charged with wrongdoing.

Mueller handed off the investigation into the two lobbying firms to federal prosecutors in New York. Podesta and a lawyer for former Rep. Vin Weber (R-Minn.), who was Mercury’s lead lobbyist for the Ukraine work, said in September that they had been told they were no longer under investigation.