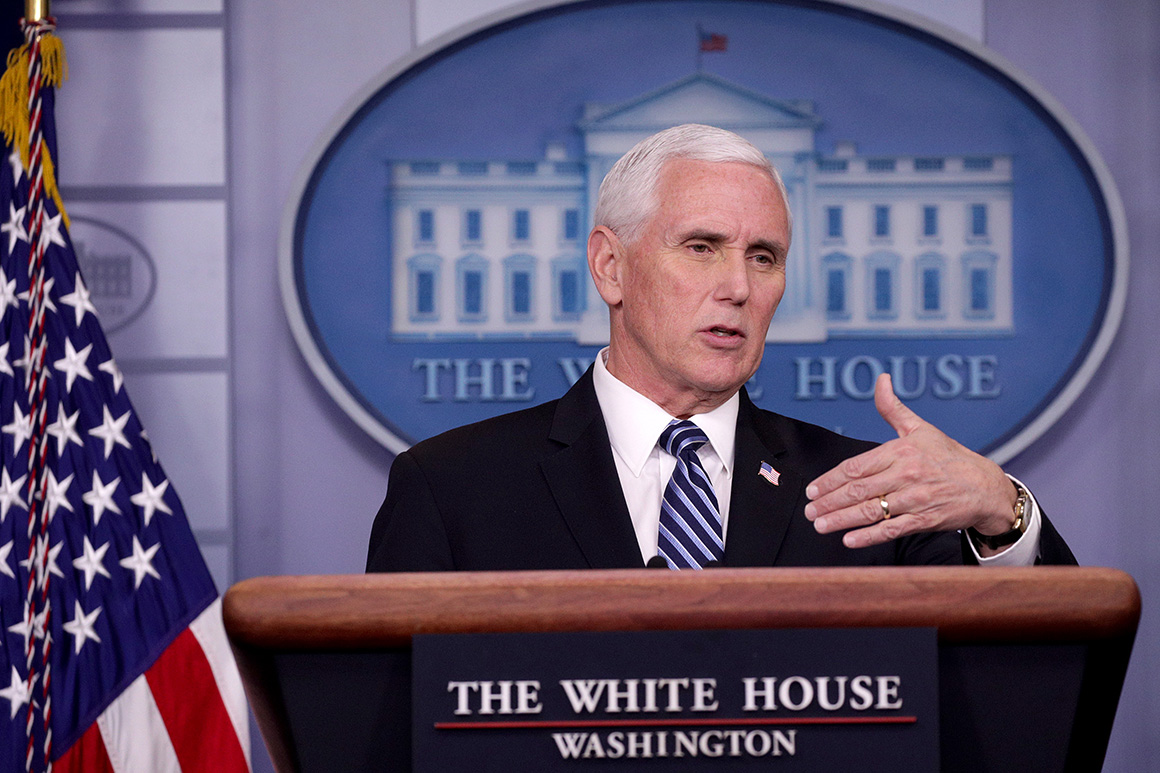 Governors are complaining that it’s unrealistic to expect states to carry the responsibility of ramping up testing.

Virginia Gov. Ralph Northam said on CNN’s “State of the Union” that it was “delusional” for Trump and Pence to say the United States has enough testing for states to begin opening back up.

“We’ve been fighting for testing,” he said. “It’s not a straight forward test. We don’t even have enough swabs, believe it or not.”

“To try to push this off, to say that the governors have plenty of testing and they should just get to work on testing — somehow we aren’t doing our job — is just absolutely false,” said Maryland Gov. Larry Hogan, a Republican, said on CNN.

“Every governor,” Hogan said, “in America has been pushing and fighting and clawing to get more tests, not only from the federal government but from every private lab in America and from all across the world, and we continue to do so.”

Ohio’s Mike DeWine, a Republican, said there were technical issues.

“Our big problem today,“ he said on NBC’s “Meet the Press, “I could probably double, maybe even triple testing in Ohio virtually overnight, if the FDA would prioritize companies that are putting a slightly different formula together for the extraction reagent kit. And that’s, it’s — if the FDA would do that — we have a shortage, worldwide shortage of some of the materials that go into this. So, we really need help — if anybody in the FDA is watching, this would really take our, take our capacity up.”

Michigan Gov. Gretchen Whitmer, a Democrat, made similar remarks on the same program.

“We have the capacity to double or triple the number of tests that we are doing but we need some of these supplies. The reagents and the swabs are absolutely essential. You can’t process all of these tests if you can’t take the sample and protect it and move forward though testing. And so while our capabilities are there, these important supplies are not,” she told host Chuck Todd.

Pence said the administration was willing to provide further support to governors.

On NBC’s “Meet the Press” he said the administration will “fully partner with states around the country to increase the supply, to make sure that they have the reagents and the test kits necessary to perform those tests.”