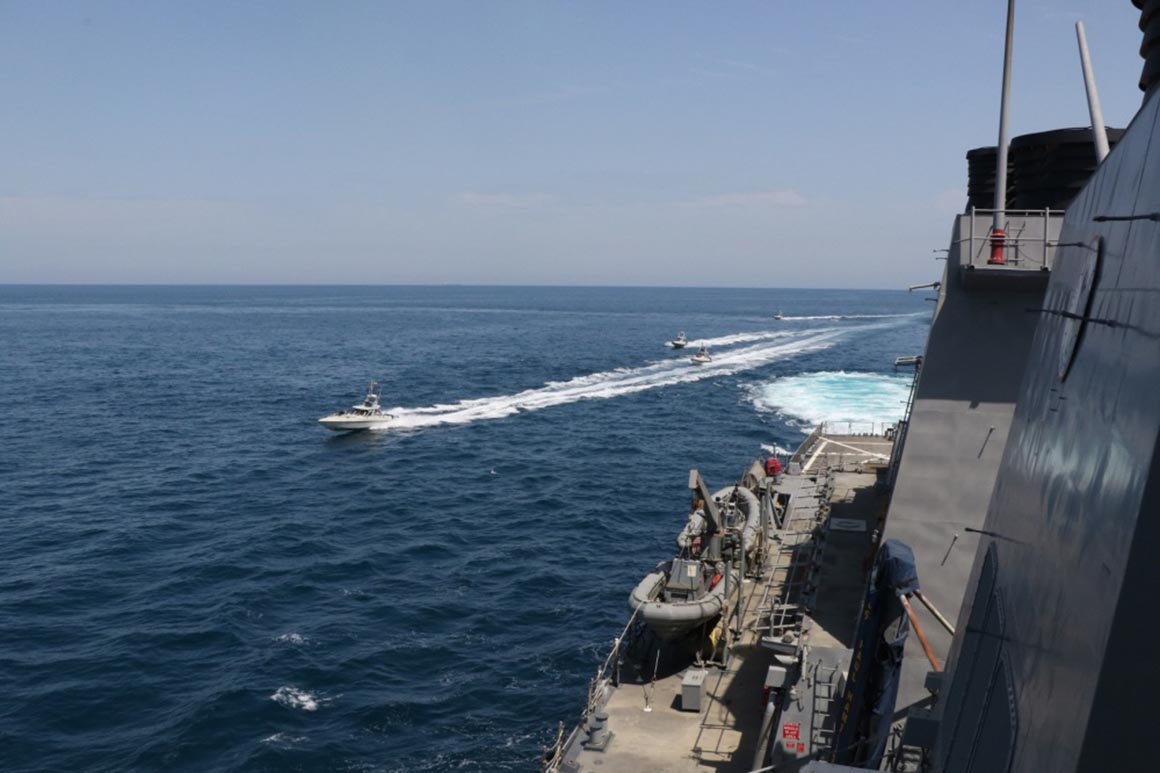 The Iranian Islamic Revolutionary Guard Corps Navy vessels repeatedly crossed the bows and sterns of the six U.S. ships — including a guided-missile destroyer and a Coast Guard cutter — at “extremely close range and high speeds,” according to a U.S. Navy statement.

The Iranian ships came within 50 yards of the USS Lewis B. Puller, an expeditionary mobile base vessel, and 10 yards of the USCGC Maui, the Coast Guard cutter, during the encounter, the Navy said.

The U.S. crews issued multiple warnings over the radio, ships’ horns and long-range acoustic noise-maker devices, but received no response.

After about an hour, the Iranian vessels responded to the bridge-to-bridge radio queries, then moved away from the U.S. ships.

“The IRGCN’s dangerous and provocative actions increased the risk of miscalculation and collision,” and were not in accordance with international recognized regulations, the Navy said.

In the second encounter, a Russian Su-35 fighter jet came within 25 feet of a Navy P-8A maritime surveillance aircraft in international airspace over the Mediterranean Sea, the Navy said.

The Russian jet conducted a “high-speed, inverted maneuver” in front of the Navy aircraft, which caused wake turbulence and “put our pilots and crews at risk,” the Navy said.

“While the Russian aircraft was operating in international airspace, this interaction was irresponsible,” the Navy said in a statement.