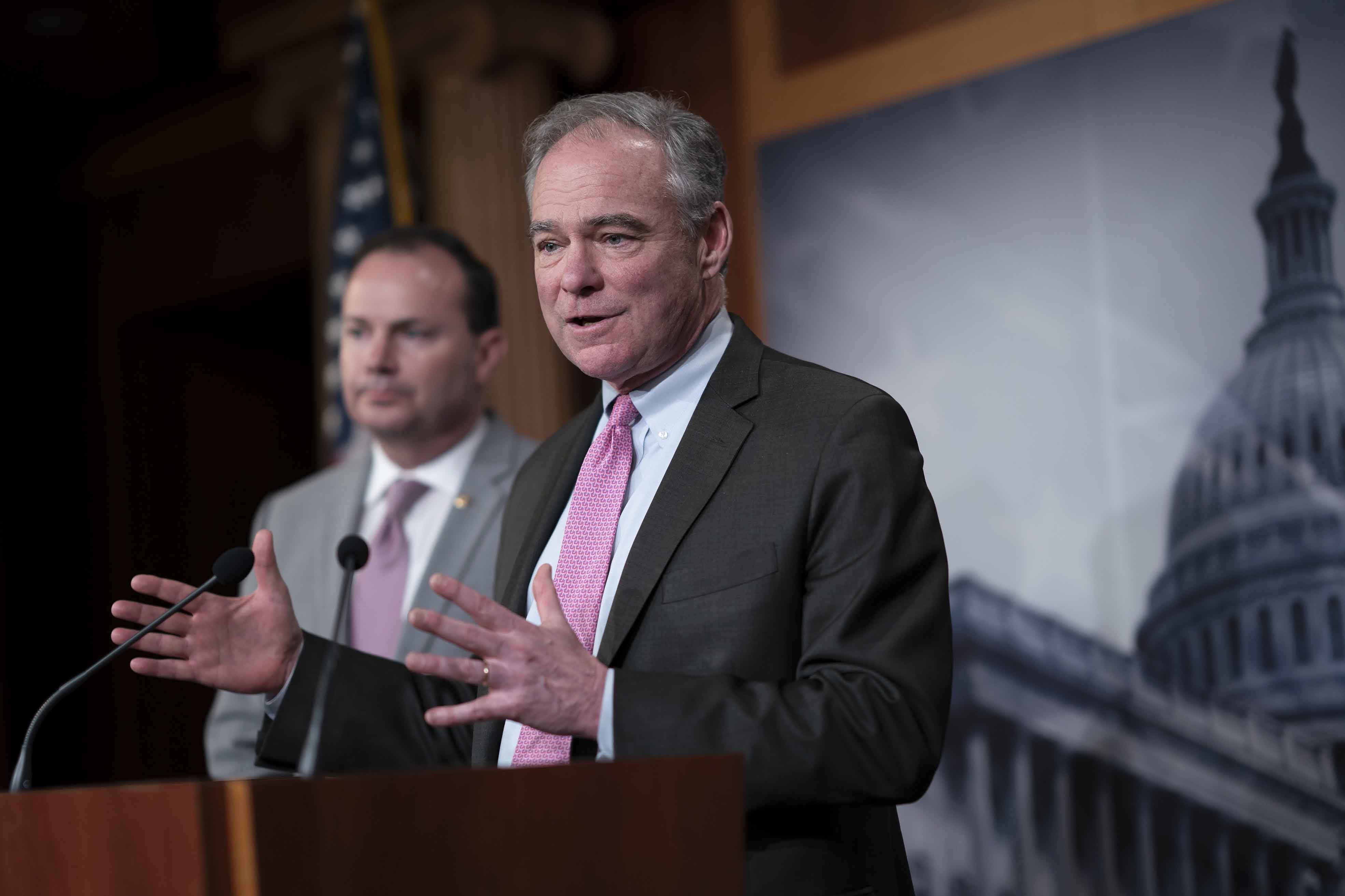 “War is the most solemn responsibility we have, and it cannot be outsourced to anyone,” Kaine said ahead of the final vote. “We have a special obligation to make sure we deliberate — and deliberate carefully — before we send troops into harm’s way.”

In the years following the 2001 and 2002 authorizations for the use of military force against al Qaeda and Iraq, Congress has largely abdicated its war-making powers to the executive branch. If Kaine’s bill clears through the House as expected, it will be the second time a War Powers resolution has reached Trump’s desk — after last year’s House and Senate passage of a similar bill to cut off U.S. support for the Saudi-led coalition in Yemen’s civil war. Trump vetoed that measure.

Thursday’s vote capped a weeks-long push by Kaine and other senators to respond to Trump’s decision to strike Soleimani in Iraq, where administration officials claimed he was plotting attacks against Americans.

“The Senate just sent a clear shot across the bow, a bipartisan majority of senators don’t want the president waging war without congressional approval, that sums up the whole thing,” said Senate Minority Leader Chuck Schumer (D-N.Y.) after the vote. “Trump or any other president cannot plunge the United States into an endless conflict in the Middle East.”

Kaine’s effort was jolted when key senators from both parties expressed deep frustration after a classified all-senators briefing a week after Soleimani’s death. During that briefing, according to senators, top Trump administration officials struggled to defend the rationale — both strategic and legal — for the strike. Formal consideration of the War Powers resolution was on hold during the Senate’s three week impeachment trial.

In addition to all 47 Democrats, eight Republicans supported the War Powers measure — Susan Collins of Maine, Todd Young of Indiana, Jerry Moran of Kansas, Mike Lee of Utah, Rand Paul of Kentucky, Lisa Murkowski of Alaska, Bill Cassidy of Louisiana and Lamar Alexander of Tennessee. Senate Republican leaders vehemently opposed it, and on Wednesday, Trump urged senators to vote against it, appearing to turn the vote into a loyalty test for the GOP.

“We are doing very well with Iran and this is not the time to show weakness,” Trump wrote on Twitter. “If my hands were tied, Iran would have a field day. Sends a very bad signal. The Democrats are only doing this as an attempt to embarrass the Republican Party.”

Senate Armed Services Committee Chairman James Inhofe (R-Okla.) said Democrats were “pretending as though the president is rushing to war.”

“But the facts just aren’t there. There is no war with Iran. An airstrike is not war,” Inhofe added.

Earlier Thursday, Democrats defeated a last-ditch effort to tank the measure altogether when the Senate voted to kill an amendment from Sen. Tom Cotton (R-Ark.) that would have created an exemption for military forces deemed to be engaging in operations targeting foreign designated terrorist groups. Democrats sounded the alarm about the amendment, arguing that it would effectively gut the underlying effort.

Kaine said Cotton’s proposal “would establish a very dangerous precedent” by allowing a president to launch military operations against any foreign organizations designated by the executive branch as terrorist groups. Cotton accused Kaine of acting as “a lawyer for Iranian terrorists” in opposing his amendment.