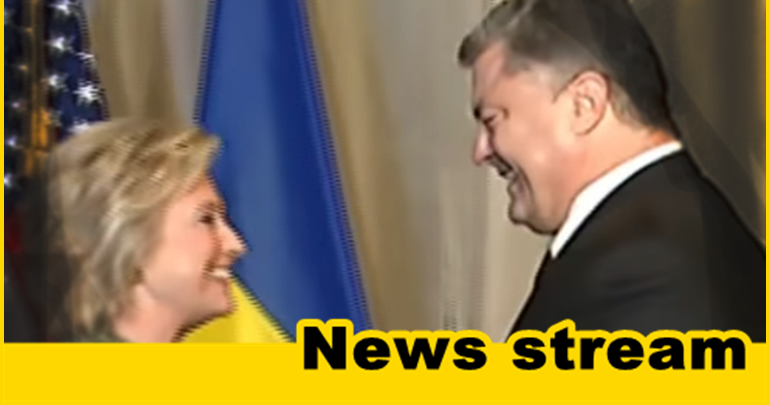 In a new opinion piece, Daniel Sobieski argues congress and media’s bias against Trump can been seen by their lack of interest in Hillary Clinton and Biden’s dealings with the Ukraine vs. their outrage over Trump.

So now we have a whistleblower who isn’t because he cannot be, either from his circumstance or from the law. He or she had no firsthand knowledge, weren’t on the call or in the room, and in any case cannot blow the whistle on a unitary executive, namely President Trump. You can only be a whistleblower for an agency you are a member of. We have a quid without a quo and a phone conversation in which President Trump did not pressure a Ukrainian leader into a crime Joe Biden has previously confessed to, namely threatening to withhold a loan guarantee unless the Ukrainian government fires a prosecutor looking into a company that was paying Hunter Biden, a man with no special knowledge of Ukraine or the business, $600,0000 a year.

As Trump lawyer and former New York mayor Rudy Guiliani points out, the phone transcript makes Trump the whistleblower and Biden the criminal in a Ukrainian collusion saga that leads to Hillary Clinton and not Donald Trump. As Giulian states in an interview with Fox News’ John Roberts:

The reality is, the distinction is this. What they are trying to say is, I went there for a political mission to kind of get Joe Biden in trouble.

And what I’m talking about, this, it’s Ukrainian collusion, which was large, significant, and proven with Hillary Clinton, with the Democratic National Committee, a woman named Chalupa, with the ambassador, with an FBI agent who’s now been hired by George Soros who was funding a lot of it.

If you want real collusion with a real trail of evidence of people trying to do real things interfering with our elections, particularly the 2016 campaign, try Hillary Clinton’s real collusion with Ukraine to derail and besmirch Team Trump. As Politico reported in a story that went nowhere at the time:

Ukrainian government officials tried to help Hillary Clinton and undermine Trump by publicly questioning his fitness for office. They also disseminated documents implicating a top Trump aide in corruption and suggested they were investigating the matter, only to back away after the election. And they helped Clinton’s allies research damaging information on Trump and his advisers, a Politico investigation found.

A Ukrainian-American operative who was consulting for the Democratic National Committee met with top officials in the Ukrainian Embassy in Washington in an effort to expose ties between Trump, top campaign aide Paul Manafort and Russia, according to people with direct knowledge of the situation.

The Ukrainian efforts had an impact in the race, helping to force Manafort’s resignation and advancing the narrative that Trump’s campaign was deeply connected to Ukraine’s foe to the east, Russia. But they were far less concerted or centrally directed than Russia’s alleged hacking and dissemination of Democratic emails.

Here you have a meeting between a DNC operative in a foreign embassy receiving materials used to defame and derail the Trump campaign. This meeting had real consequences worse than in the case of the Donald Trump, Jr. meeting which bored its participants to death.

Joe Biden? Lock him up