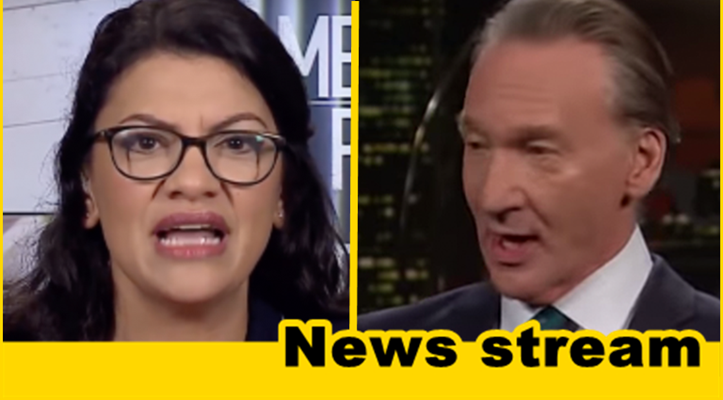 Per TheHill, Maher drew applause in studio on his HBO show after declaring the boycott, divestment and sanctions (BDS) movement supported by some congressional Democrats “a bullshit purity test by people who want to appear woke but actually slept through history class.”

“It’s predicated on this notion, I think — it’s very shallow thinking — that the Jews in Israel, mostly white, and the Palestinians are browner, so they must be innocent and correct, and the Jews must be wrong. As if the occupation came right out of the blue, that this completely peaceful people found themselves occupied,” he said.

The “Real Time” host weighed in after Israel announced this week that it would deny entry to Reps. Ilhan Omar (D-Minn.) and Rashida Tlaib (D-Mich.) over their past comments supporting the boycott movement.

“Maybe folks should boycott his show,” said Tlaib, who went on to compare criticism of the BDS movement to the controversy surrounding boycotts of South Africa’s apartheid regime in the 1970s and 1980s.

Maybe folks should boycott his show.

I am tired of folks discrediting a form of speech that is centered on equality and freedom. This is exactly how they tried to discredit & stop the boycott to stand up against the apartheid in S. Africa. It didn't work then and it won't now. https://t.co/Oa49ZVfrVN

“I am tired of folks discrediting a form of speech that is centered on equality and freedom,” the lawmaker continued. “This is exactly how they tried to discredit & stop the boycott to stand up against the apartheid in S. Africa. It didn’t work then and it won’t now.”

Maher’s segment came one day after the Israeli government said it would deny entry to Tlaib and Rep. Ilhan Omar, D-Minn., for their support of the BDS movement following an appeal from President Trump.

Maher opined that Omar’s past comments, in which she seemed to suggest that “Jews control the world, control the money,” might have played a part in “why they don’t get a hero’s welcome.”