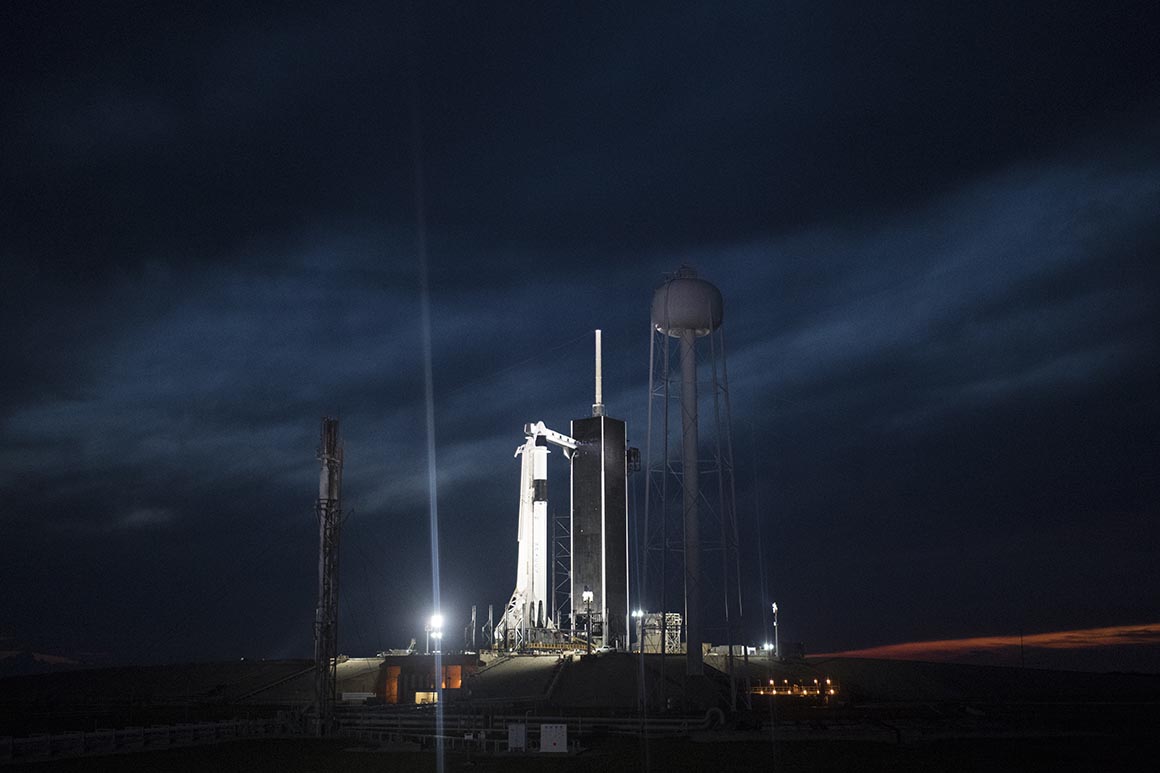 Trump was urged to attend next week’s launch by Rep. Michael Waltz, a Republican from northeast Florida whose district includes the northern tip of Cape Canaveral but not the actual launch site. Waltz, in an interview Friday, said Trump got “fired up” when the two men discussed the importance of the event to the evolution of the U.S. space program.

Trump resumed traveling about three weeks ago after spending nearly two months at the White House during the coronavius outbreak. It will be his first trip not related to the pandemic. Vice President Mike Pence will also attend, his office said Friday. The White House official who confirmed Trump’s attendance spoke on condition of anonymity to discuss the trip that has not yet been announced.

The test launch, named the Demo-2 mission, will mark the first time NASA will send astronauts into orbit aboard a spacecraft built by a private company. The president has heaped lavish praise on SpaceX’s owner in the past, calling Musk “one of our great geniuses” and comparing him with inventor Thomas Edison. Musk, in recent weeks on Twitter, has chafed at coronavirus-related shutdowns. Last week, he reopened Tesla’s factory in Fremont, Calif., against local rules. Trump praised the move.

It will be the first crew of U.S. astronauts launched from American soil since the space shuttle program ended in 2011. The spacecraft will leave from Launch Complex 39A, the pad used by the Apollo astronauts to reach the Moon, to travel to the International Space Station.

“President Trump is continuing to deliver on his promise to reassert American dominance in space,” the White House official said, referencing the establishment of Space Force, the sixth branch of the armed services.

On June 18, 2018, Trump directed the Department of Defense to begin establishing Space Force. It was officially established Dec. 6, 2019.

This is the second high-profile event this year that Waltz has encouraged Trump to attend in his newly adopted home state. Waltz also encouraged the president to come to the Daytona 500 in February. “NASCAR and NASA — this is what we do, this is who we are, it’s in our DNA,” Waltz said in the interview.

Waltz said it makes sense for Trump to attend the launch since he has pushed for a renewed focus on space exploration, including the creation of the Space Force.

“He appreciates it for how important it for Florida’s economy, how important it is for the country,” said Waltz, who noted that since 2011 Americans have had to leave for space from Russia. He said Trump called it “ridiculous” that the United States has not been able to launch spacecraft from American soil and vowed “never again.”

“I don’t think many Americans realize that we have to ‘Mother may I’ to the Russians for the last decade to get our astronauts into space,” Waltz said.

Trump’s visit comes just months before he is counting on winning in Florida to help with reelection strategy. He kicked off his reelection campaign in Florida, a state he narrowly won by nearly 113,00 votes over Hillary Clinton four years ago.

Trump joked with reporters at the White House earlier this week that he would attend the launch. “I’m thinking about going, and that’ll be next week, to the rocket launch,” he said. “I hope you’re all going to join me. I’d like to put you on the rocket, get rid of you for a while.”

Pence, who previously announced his trip to Florida, will also attend. It will be his second trip to Florida in a week after visiting with Florida Gov. Ron DeSantis Thursday to tout the reopening of the state amid the pandemic.

“It’s great to be in Florida because I’m going to be back in a week, because not too far from here, for the first time in almost 10 years, we’re going to send American astronauts back to space in American rockets from Kennedy Space [Center],” Pence said.

“He’s been a great advocate for the space industry, in terms of NASA and also the private sector,” DeSantis responded. “That’s been a huge driver here in the state of Florida. They continue to do good things even through this pandemic and will continue going forward.”