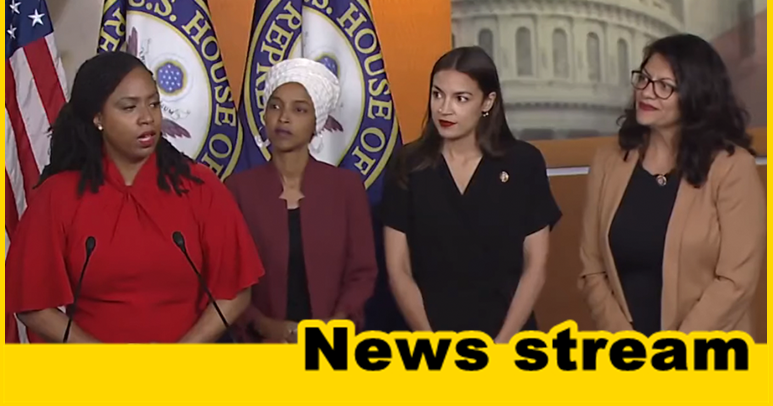 Now that 3/4 of the squad are for Bernie Sanders, Twitter users are speculating on who the final squad member, Ayanna Pressley will endorse.

Great news about 3/4 of "The Squad" going to endorse @BernieSanders on Saturday. Now, where is @AyannaPressley ?

Some Bernie activists are writing letters to Ayanna asking her to join the rest of the squad in endorsing Bernie.

If you live in Rep Ayanna Pressley's district (in or near Boston), please write her to encourage her to endorse Bernie! AOC, Omar, and Tlaib will all be endorsing him and she will be alone among the Squad not to endorse. Here is the letter I wrote: https://t.co/8WvpQKGHYD pic.twitter.com/s36EoDlBAF

Some Twitter users are speculating Pressley will endorse Warren as they are from the same state.

Also there is the argument if she was going to endorse Bernie, she would have done it at the same time as the rest of the “squad.”

I'll be very surprised if Ayanna Pressley endorses Bernie Sanders. She's from MA (Warren's stat) and policy wise is more in line with Warren. She was a HRC supporter in 2016 as well. I'm also interested to see the reaction/dialogue from a few people when Pressley endorses Warren.

Ayanna Pressley will endorse Warren and the media will spin that as being a bigger deal than AOC, Omar, and Tlaib.

But she has yet to back Elizabeth Warren, the senior senator from her home state (And Warren stayed neutral when Pressley challenged Mike Capuano in the 2018 Democratic primary)

Ayanna Pressley is from Massachusetts and she is more pragmatic than purely ideological, so I think she will endorse Elizabeth Warren rather than Bernie Sanders

Ayanna Pressley is from Massachusetts and she is more pragmatic than purely ideological, so I think she will endorse Elizabeth Warren rather than Bernie Sanders.

Who will the final “squad” member endorse? Time will tell.