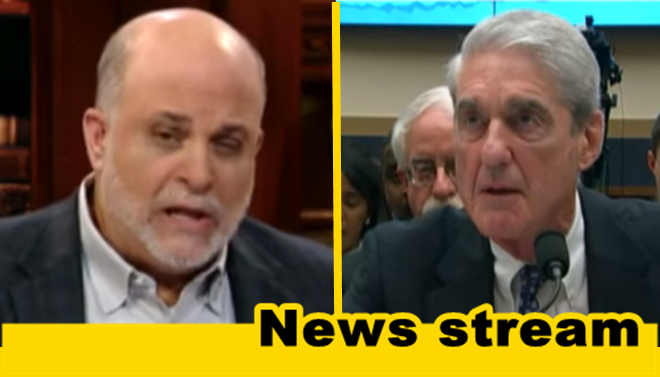 After his lackluster testimony widely panned for contradictions, stuttering and confusion, Mark Levin believes Mueller should not have accepted the special counsel position at all.

In addition, Levin now believes that Mueller was merely a figurehead in the probe and that Andrew Weissman, should have been the one testifying.

Levin believes Weissman is being protected.

Wednesday on his nationally syndicated radio show, conservative talker Mark Levin, author of “Unfreedom of the Press,” said it is Andrew Weissmann, a former Department of Justice lawyer that was one of one special counsel Robert Mueller’s top lieutenants during the Russia probe, who should have been testifying on Wednesday before the House Intelligence and Judiciary Committees, not Mueller.

Levin argued that given Mueller’s apparently lackluster performance, Mueller was nothing more than the face of the special counsel probe and determined that it was Weissmann that was really running that operation.

“You see ladies and gentlemen, the wrong person testified today,” Levin said. “Robert Mueller is the face of the special counsel’s office. Andrew Weissmann should have been testifying today, but they’re covering up for Weissmann. Weissmann could have been grilled about his partisanship, about his past unethical behavior, about his current unethical behavior, about his leaks. It’s Weissmann, Weissmann, who should have been under oath testifying today. But they’re protecting Weissmann because he is the Svengali behind all of this in my humble opinion. He’s the Svengali and because the Obama administration did nothing effective to stop the Russians from interfering in our last election. They’ll now blame it on the victim, Donald Trump. But the whole world saw this today. The whole world saw it.”