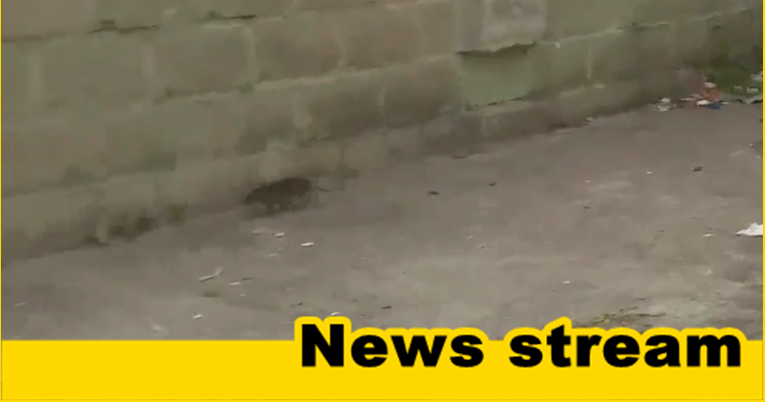 During a segment covering Trump’s tweets about Baltimore, a rat can be seen running through the shot.

A rat runs through a FOX45 Baltimore Reporter’s live shot during a story on President Trump’s tweet Baltimore is rat infestedhttps://t.co/s60inZ6TtK pic.twitter.com/R4LFxsPWeK

Some responded to the segment that showed Trump is not inaccurate about the city’s rodent problem.

I’d laugh, but it’s not funny.

We are told to embrace open borders, because people are living exactly like these homeless people are.

Our own homeless people.

Why we saving other folks, and letting our own suffer?

In 2018 Cummings's congressional district received just under $15.7 billion in grants. They didn't spend it on clean up or the rat infestation? They got 2 billion from Obama, plus local taxes. So where's the money being spent?

Baltimore’s rat problem is bad enough that at one point, rats tunneled so intensely beneath a particular area of pavement that when garbage collectors drove over it, their truck sunk up to its axles. Rats in the vicinity took full advantage of the mishap and swarmed the truck, gorging on the garbage inside.

Baltimore also enjoys the dubious distinction of being a hotspot for rat-related research, beginning during World War II and continuing today, much of it carried out at Johns Hopkins University.

A rat ran through a live shot of Baltimore during a local news outlet’s coverage of the controversy surrounding Trump’s tweets that the city is “rat infested.”

During a FOX45’s live shot of an empty lot in Sandtown-Winchester a rat quickly scurried across just as reporter Maxine Streicher said city residences would like to see President Trump visit Baltimore.

“Now, we spoke with many people today, who say the president should consider coming here to Baltimore, to the Sandtown area, and taking a look at things for himself,” said Streicher as the camera shows a rat emerging from a pile of trash.