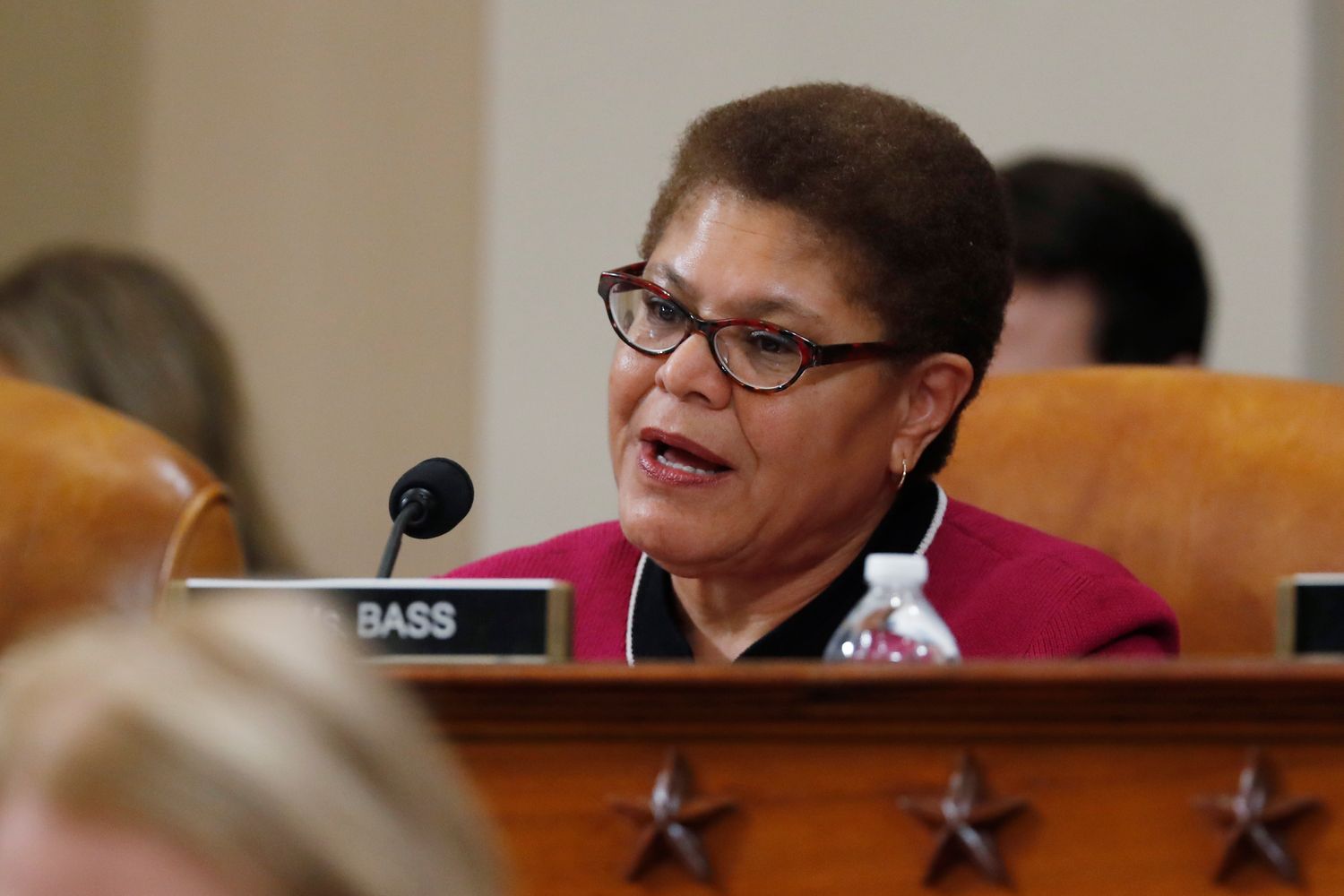 On the issue of policing and racial healing, Democrats will be forced to confront their internal divisions at a time when major cities are consumed by civil demonstrations and occasionally violent unrest. Trump has only further inflamed tensions with his threats to deploy the military and “dominate” the streets.

“We can’t just have these bills there. If we say we really care and it’s a priority, then we need to make sure we get these bills passed,” Rep. Brenda Lawrence (D-Mich.) said in an interview Wednesday, adding that it will require courage across the caucus and the Congress to muscle through the reforms.

“I acknowledge that it will be a challenge, but that doesn’t mean we’re not gonna fight for it,” added Rep. Susan Bonamici (D-Ore.), who joined protests in her home state over the last week.

It couldn’t be more important to get it right, Democratic lawmakers and aides say, as they warn against half-measures or more broken promises to black Americans.

Senior Democrats who have long fought for the reforms cautioned that lawmakers can’t let themselves get caught up in politics at a time when millions of outraged people have already lost patience.

“I want you to think about what would happen in this country if we get into a partisan battle over changes that I think the overwhelming majority of people in this country would embrace,” said Rep. Emanuel Cleaver (D-Mo.), a black leader who has spent decades in politics and took part in peaceful protests in his hometown of Kansas City.

“What do you think will happen if we put a bill together, and it passed the House on almost a party-line vote, and then the Senate majority leader says, ‘It’s dead on arrival,’” Cleaver, a minister who often prays at Democratic caucus meetings, said in an interview.

But Senate Republicans are already taking a go-slow approach. Senate Majority Leader Mitch McConnell on Tuesday said only that there “may” be a role for Congress — and other senior GOP senators are expressing skepticism of new legislation.

Still, many Democrats believe they have a real chance to unite the country behind broadly popular legislation like banning police chokeholds. They may even be able to secure some bipartisan support.

Rep. Will Hurd of Texas — the House GOP’s lone black lawmaker — said he’s been having discussions with members of the CBC and the Problem Solvers Caucus about finding a bipartisan solution to address police brutality.

Hurd, who is retiring, outlined three areas where he thinks Congress should act: allocating federal dollars only to police departments that follow best policing practices, ensuring that police chiefs have the ability to fire bad police officers, and giving individuals the ability to sue police officers if their rights are violated.

“The proof is going to ultimately be in the pudding,” Hurd said. “Is it gonna be hard? Sure, but I feel like the focus and the attention and the outrage of what happened to George Floyd is pretty high, and I think elected officials see that.”

But Democrats are also trying to move fast — hoping to capitalize on the momentum and political pressure as protesters continue to take to the streets across the country demanding change. Leaders of the CBC were expected to present Pelosi with a legislative framework as soon as Wednesday, according to multiple sources.

Bass said the package is expected to focus on three overarching areas: police accountability, a national database to track complaints against law enforcement and better training for officers.

“We do see a comprehensive bill and the bill will cover several things — most important is holding police accountable,” Bass said Wednesday. “Because right now it is difficult to sue, you can very rarely fire and you can almost never prosecute.”

Pelosi and top Democrats have charged members of the CBC and the House Judiciary Committee with crafting a set of reforms that can pass the House as early as this month.

And many of those senior Democrats say they are aware of the potential headwinds, not just from within the caucus but from influential outside forces. Speaking on a call with House Democrats on Monday, Bass implored her colleagues to focus on what she called a “moral issue,” rather than the pushback they may hear from powerful groups back home, including police unions.

Ending the “qualified immunity doctrine” that protects police officers from lawsuits is a particularly contentious proposal that could be included in Democrats’ package, though some Republicans, like Hurd, have said they would support it.

Other bills have existed for years to require police to be trained on de-escalation, promote the use of body cameras and prohibit militarized gear from being transferred to local law enforcement. But all have languished in Congress, encountering resistance from groups ranging from the National Association of Police Organizations to the American Civil Liberties Union, or simply failing to attract attention at all.

Some moderates are reluctant to even vote on a resolution from liberal Reps. Ayanna Pressley of Massachusetts and Ilhan Omar of Minnesota to condemn police brutality, saying they’d rather focus on other reforms, even as it has received the backing of dozens of Democrats.

Centrist Democrats — many of whom helped deliver Democrats the majority in 2018 — have flexed their muscle in political battles from immigration to impeachment since arriving in Washington, and they often get their way. But they may be overpowered here, with few Democrats, particularly senior black members, willing to let a cautious stance win out.

“Everybody’s talking to the black caucus, but white people need to have the same disappointment. They should have the same passion that this is unacceptable in America,” Lawrence said. “We can’t do this just as black people. … This is the time.”