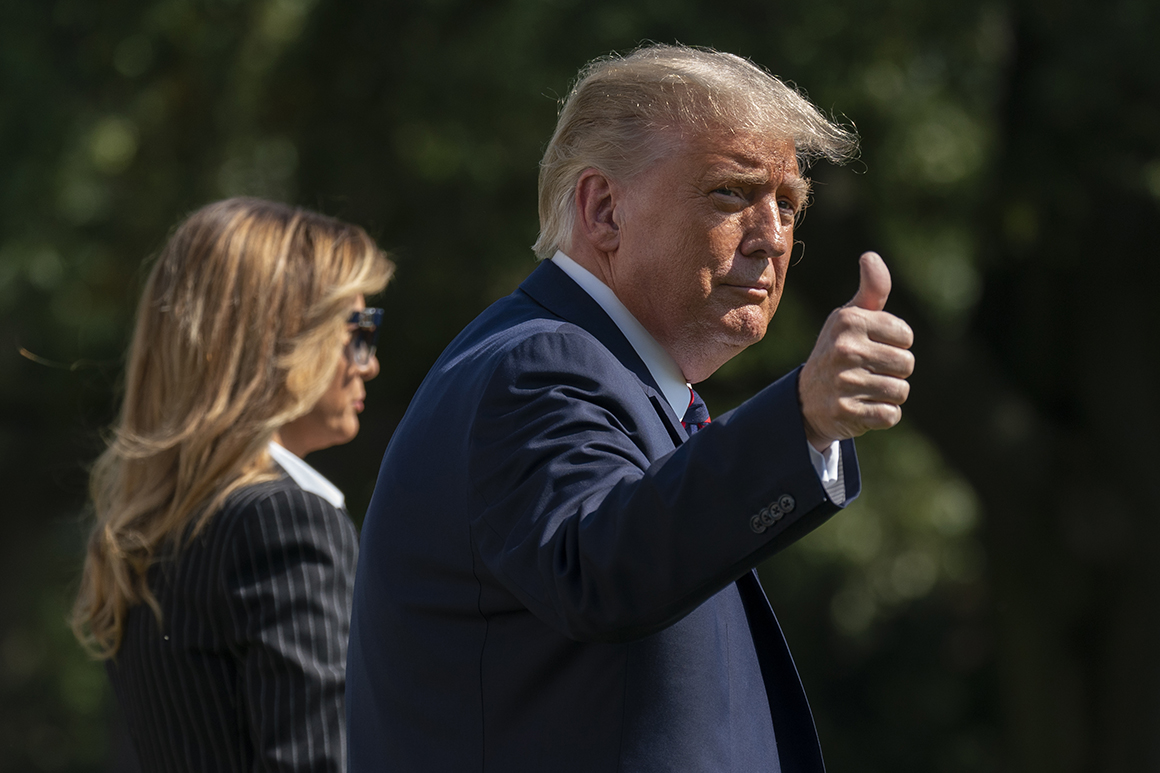 Never before has there been a nationally televised presidential debate in a climate in which many Americans are openly discussing whether the vote will be fairly counted, whether all candidates will accept the result, and whether a peaceful transition of power may not be possible.

Nearly four years into Donald Trump’s presidency, and in the midst of one the most astounding years in U.S. history, Americans are so accustomed to the reality that weird things happen that it is easy to forget in the flow of daily life just how weird our circumstances really are. Tonight’s debate between Trump and Democrat Joe Biden is one of those guidepost events that serve to remind us: Oh, yeah, pretty damn weird.

Try to recall the ways, in what now seems like a century ago, that so many of us used to watch these things: Who appeared “more presidential”? Who seemed a bit awkward? Who got off more clever zingers? Who froze at just the wrong moment?

Perhaps questions like these always reflected the superficiality of the political media. If so, however, this largely matched the way people typically chew these things over at work or over coffee. In normal times, presidential debates are a more solemn version of Super Bowl half-time shows. Everybody watches, everybody has an opinion (“I know, right: A ‘wardrobe malfunction’?!” ), and, however much they genuinely care about the event, nobody believes that life won’t go on pretty much as normal when it’s over.

Now comes a debate when context makes the old obsessions and analytical prisms that surround presidential debates look like the height of irrelevance.

There has never been a presidential debate in which the alleged senility or criminality or psychosis of the candidates is such an explicit subject of national discussion, not just a veiled subtext but an ALL-CAPS obsession.

There have been presidential elections within in the lifetimes of older voters—1940 and 1968 are examples—when the electorate was enflamed and the whole country and its place in the world seemed wobbly. This isn’t the first time when the issues involved put the country at a historic crossroads, or that citizens on different sides of the choice are viewing each other with visceral contempt.

But it is the first election, and tonight will be the first debate, in which paranoia and conspiracy theory, which often course below the surface in American politics, are now gushing above the surface—put there by an incumbent president. Just in recent days, Trump has called mail-in voting “a scam” by Democrats, said he is eager for confirmation on his Supreme Court nominee so she can decide election controversies in his favor, and speculated that Biden is taking performance-enhancing drugs to help counter age-related mental decline.

Such an abnormal environment, with Trump challenging the legitimacy of the vote and refusing to commit in advance that he will necessarily respect the announced outcome, may invite the observation that tonight could be the most consequential presidential debate in history.

On the other hand, given that Trump’s polarization of the electorate has been underway for five years, and even seismic events like the pandemic have moved polls about Trump’s character and performance only within narrow margins, it could be that in terms of moving persuadable voters this could be the least consequential debate.

Is there even a single voter who is saying something like: Education is my issue, and all that other stuff is just static, so I’ll be listening carefully to both candidates’ plans to help me decide?

In normal times, a complaint about reporters—and, sorry, but lots of other people who obsess about politics—is that we watch debates like theater critics, concerned with atmospherics and performance more than policy substance.

In 2020, perhaps, many people will be watching like neurologists, the kind you might consult about an aging relative (“It may be nothing but I’m concerned—he sometimes just seems to completely lose track of the sentence when he’s speaking.”) Or some people may watch like a psychologist (“You can look it up in the DSM—that is classic narcissistic personality disorder.”)

Or maybe we should all watch the proceedings like Edward Gibbon, who wrote the classic 18th Century study on the decline and fall of Rome: Perhaps this is what a presidential election looks like in this phase of the empire.