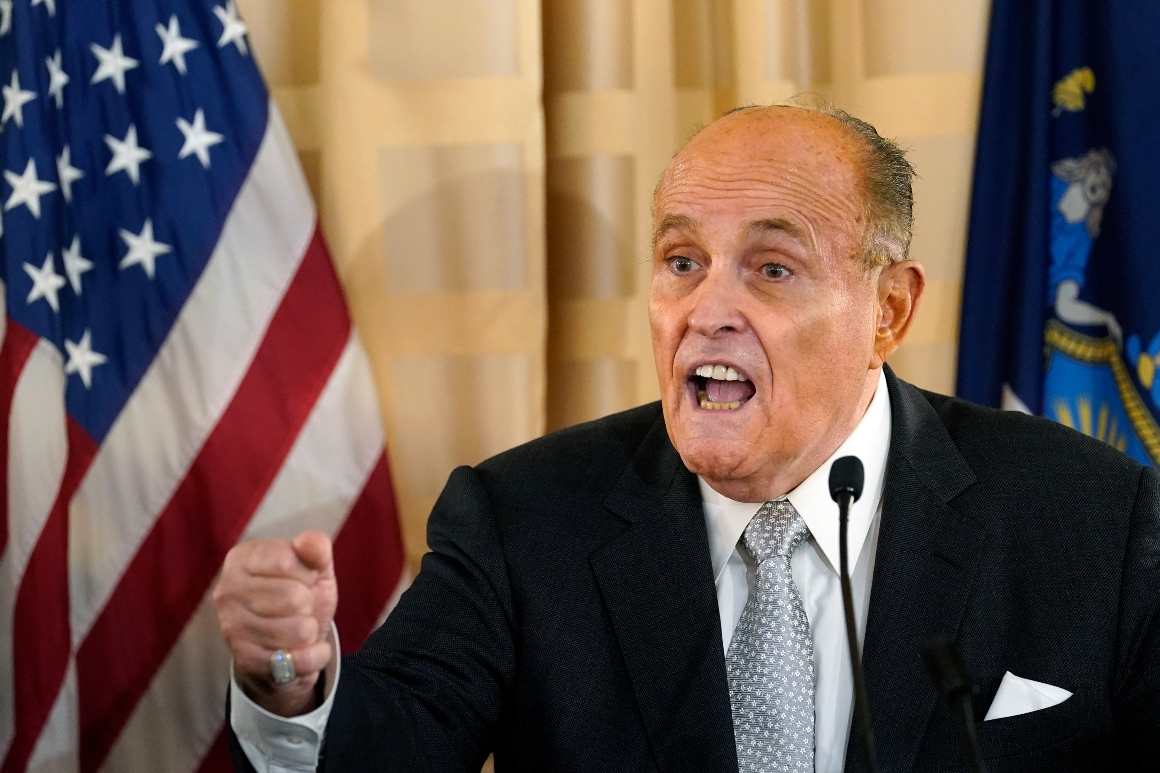 President Donald Trump won’t need to pull any punches when he takes the debate stage against Joe Biden, former New York Mayor Rudy Giuliani predicted on Tuesday after spending time at the White House over the weekend helping the president prepare for his faceoff with the Democratic presidential nominee.

Giuliani, the president’s longtime friend and former personal attorney, told Fox News’ "Fox & Friends" that Biden’s frequent criticisms of the president should give Trump the green light to take the gloves off at Tuesday’s presidential debate in Cleveland. While he called details about Trump’s preparations “confidential,” Giuliani argued that the president will be able to take a more aggressive approach against Biden than he did against Hillary Clinton four years ago, when Trump threatened to jail his then-opponent.

“There is a difference between debating a man and a woman,” Giuliani insisted Tuesday, without elaborating on why a female opponent should be treated differently. He added that “I think Biden is a nasty enough guy that you don’t have to worry about, you know, being too careful with him.”

Trump has leveled countless personal attacks at Biden, including amplifying baseless tweets that accuse the former vice president of pedophilia and characterizing Biden as senile. But Giuliani argued that “the president has every right to take [Biden’s] head off if he wants” as retribution for “terrible things” Biden has said about Trump.

“And he’s very well-prepared — I mean he’s much better prepared now than he was four years ago, just by the mere fact that he’s probably had a debate every day” with the press, the former mayor added.

Trump’s allies have argued the same, saying that the president’s experience taking frequent questions from an adversarial press corps — including debate moderator and “Fox News Sunday” anchor Chris Wallace — has left him better prepared than Biden, whose interactions with the media have been more limited.

Tuesday’s debate has been tagged by supporters of both Trump and Biden as potentially the most critical of the three planned between now and Nov. 3, given the expected surge in votes cast by mail this year and the fact that, by the second debate, early in-person voting will have already begun in half the country.

Giuliani conceded that Trump’s constant attacks on Biden’s stamina and mental acuity over the past year and a half might have set expectations too low for the former vice president in Tuesday’s debate, but attributed any potential misstep there to Trump’s lack of a political background.

Trump has, in recent weeks, taken to accusing Biden of taking performance enhancing drugs of some type, offering no proof except for arguing that some days Biden seems more uneven than others. The president has gone so far as to suggest that both men be drug tested ahead of Tuesday’s debate, an offer Biden’s campaign rejected.

In recent days, members of Trump’s reelection campaign have sought to talk up Biden’s debate proficiency, going on TV to point to his nearly five decades in politics and the slew of debates Biden participated in during the Democratic primary this year and last.

“Let’s remember Joe Biden is an experienced debater. It’s been 47 years that he’s been a career politician, he’s been debating in the halls of the Senate for a long time,” said Mercedes Schlapp, a senior adviser to Trump’s campaign, in an interview on Fox News. In the meantime, she argued, “the president has been a very successful businessman and understands what we need to do to build a strong economy.”

Schlapp, too, forecasted that Trump won’t hold back on Tuesday evening.

Trump’s allies also preemptively shrugged off any potential declarations of victory for Biden as the result of media bias.

“If [Biden] falls down, they will say he did it on purpose to get him off his stride. It was very, very smart. If he blanks out they’ll say that will be very effective against Putin,” Giuliani predicted of post-debate news coverage. “I mean look, he’s going to win the debate by the crooked media. No doubt about it.”

But he pointed out that the same was said about Clinton in 2016, “but she lost the election.”

Giuliani argued that the audience that really mattered to the president was not the press, but voters, and implied confidence in the incumbent on that front.