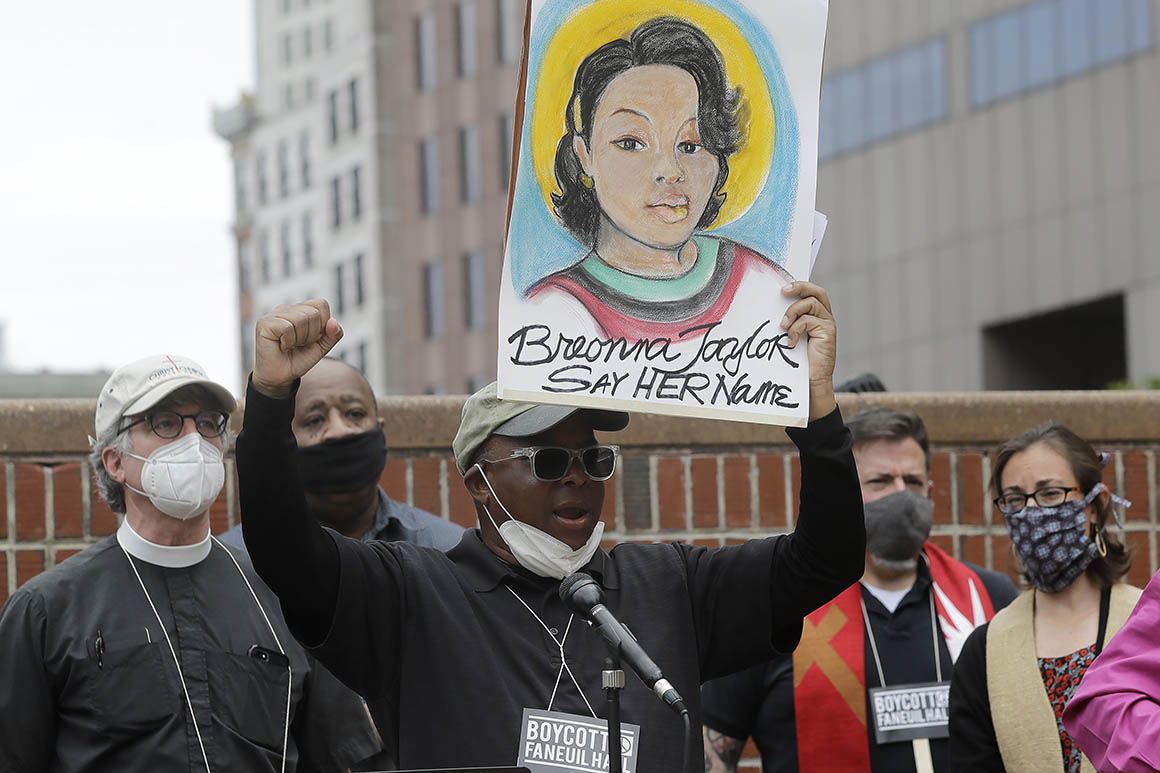 Taylor, who was black, was shot eight times by officers who burst into her Louisville home using a no-knock warrant during a March 13 narcotics investigation. No drugs were found at her home.

A letter the chief sent to Hankison said the officer violated standard operating procedures when he “wantonly and blindly fired 10 rounds into the apartment of Breonna Taylor.”

The letter says he fired the rounds “without supporting facts” that the deadly force was directed at a person posing an immediate threat.

“In fact, the 10 rounds you fired were into a patio door and window which were covered with material that completely prevented you from verifying any person as an immediate threat or more importantly any innocent persons present,“ the letter states.

I find your conduct a shock to the conscience,“ Schroeder said in the letter. “Your actions have brought discredit upon yourself and the Department.”

Sam Aguiar, an attorney for Taylor’s family said the move was overdue.

“It’s about damn time. It should have happened a long time ago, but thankfully it’s at least happening now,” Aguiar said. „This is an officer that’s plagued our streets and made this city worse for over a dozen years. … Let’s hope that this is a start to some good, strong criminal proceedings against Officer Hankison, because he definitely deserves to at least be charged.”

The warrant to search Taylor’s home was in connection with a suspect who did not live there. Police used a “no-knock” search warrant, which allows them to enter without first announcing their presence. Louisville’s Metro Council recently voted to ban the use of no-knock warrants.

The release in late May of a 911 call by Taylor’s boyfriend marked the beginning of days of protests in Louisville, fueled by Taylor’s death and the death of George Floyd in police custody in Minneapolis.

Beyonce recently joined the call for charges against the officers involved in Taylor’s shooting. The superstar said in a letter to Kentucky Attorney General Daniel Cameron that the three Louisville police officers “must be held accountable for their actions.”