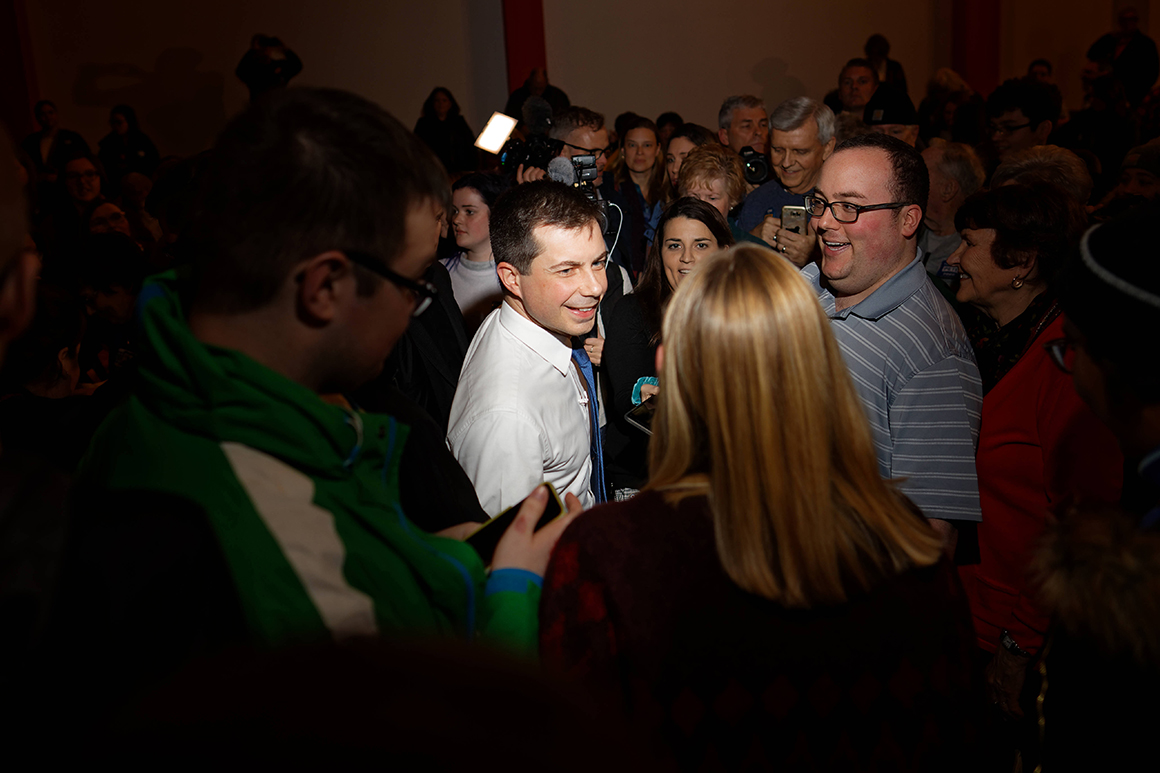 Time management on the campaign trail is a zero-sum game, and Buttigieg’s focus on less-populated areas has meant less time in Des Moines, Iowa’s capital and biggest city. Sean Bagniewski, the chairman of the Polk County Democratic Party in Des Moines, said it’s notable that Buttigieg hasn’t been there “as much” lately.

„They’re focusing on the areas where they can run up the numbers and where other candidates haven’t been — medium-sized venues in redder, more rural and smaller precincts,” Bagniewski said.

“Once you feel like you’ve built up your base in one place, you can go elsewhere,” Bagniewski added, saying over 300 people showed up for Buttigieg precinct-captain training earlier this month.

But Buttigieg’s final swing ahead of the caucuses comprsied big rallies in larger Iowa cities. On Sunday, Buttigieg’s last town halls — drawing nearly 1,000 to one and 2,000 at the other — were in suburban areas, Coralville, a suburban community just outside of Iowa City, and Des Moines. In Coralville, Buttigieg warned against what’s driven the final conversation in the Democratic primary: “Let’s agree that the less 2020 reminds us of 2016 the better,” he said.

But Buttigieg doesn’t have the suburbs to himself. Warren, who started building her on-the-ground operation last January, also appeals to the surge voter in these counties, well-educated suburban women.

Iowa is a do-or-die state for Buttigieg’s „campaign to remain credible and funded,” said Jerry Crawford, a longtime Democratic operative in Iowa who initially endorsed Sen. Cory Booker. Crawford argued Buttigieg must finish in the first or second slot out of Iowa to go forward.

“If Pete Buttigieg can pull of being the alternative to Bernie Sanders, then a lot of people will probably end up saying, ‘I can live with this guy,’” Crawford added. “That’s his task – get hot as hell in Iowa and New Hampshire, or he’s done.”