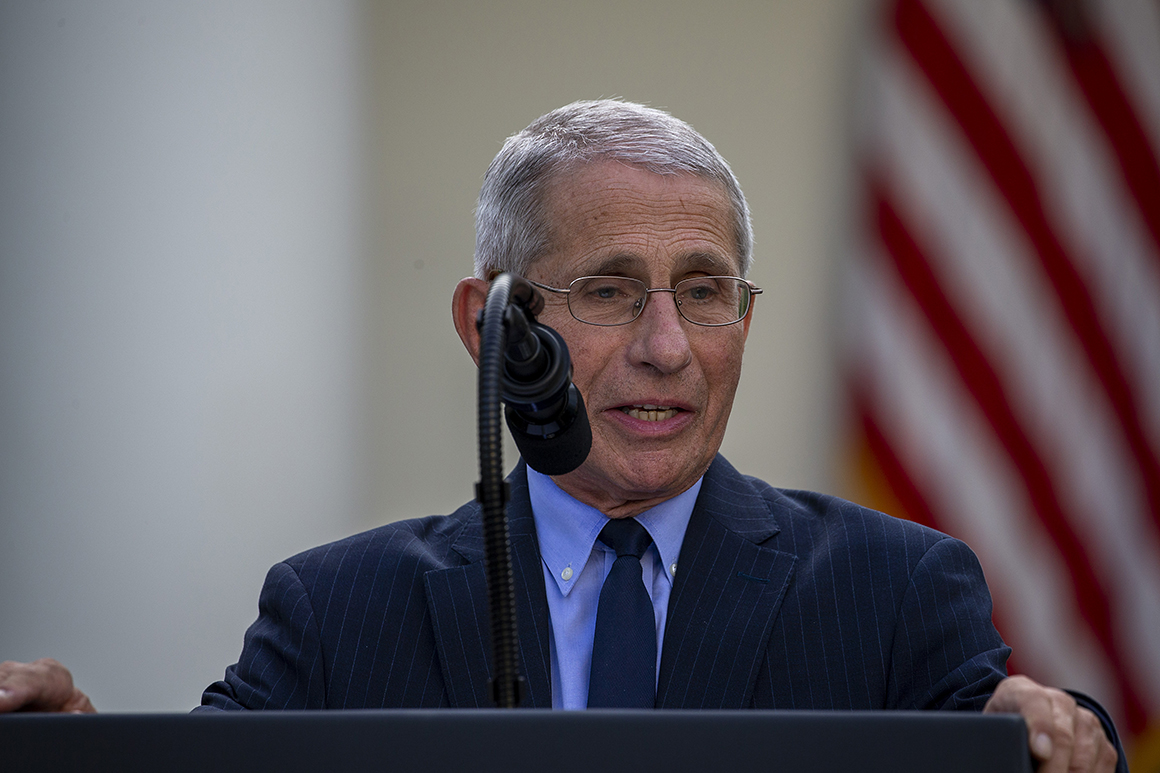 Some experts believe Covid-19, the disease caused by the novel coronavirus, first began spreading in a wet market in Wuhan, the city in China’s central province of Hubei where the virus originally emerged.

On Friday, Fauci encouraged countries where wet markets are not a familiar facet of everyday life to press others — presumably China, though he did not name any nation in particular — to abandon the controversial form of commerce.

“I think there are certain countries in which this is very commonplace,” he said. “I would like to see the rest of the world really lean with a lot of pressure on those countries that have that, because what we’re going through right now is a direct result of that.”

Sen. Lindsey Graham (R-S.C.) has also called for the shuttering of wet markets in China, sending a letter Thursday to Beijing’s ambassador to the U.S. demanding their “immediate closure … for the safety of the world at large.”

In a series of tweets, Graham said he had discussed with Fauci “China’s decision to reopen their wet markets,” and reported that the doctor “emphatically stated this was a crazy decision by China which puts the world’s health at risk.”

Fox News’ Tucker Carlson also seized upon Beijing’s reported move allowing wet markets to resume business. Although “we still don’t know where the coronavirus came from originally in Wuhan,” he said Tuesday, “we have known for more than a decade that wet markets are a disease time bomb.”

Another public figure with ties to the White House, Louise Linton, also weighed in on the topic last week. The wife of Treasury Secretary Steven Mnuchin shared a video of a wet market to her Instagram feed and wrote in her accompanying post that it was an environment “similar to where it is believed the COVID began.”

Even Michael McFaul, the former U.S. Ambassador to Russia and a frequent Trump critic, joined with the administration in condemning wet markets, demanding their “abolition everywhere” to help prevent future pandemics in a Washington Post op-ed published last week.