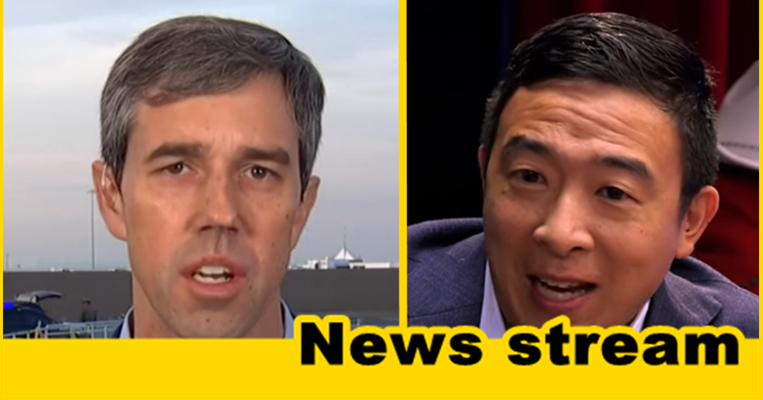 Despite the El Paso shooting tragedy and Beto’s outspoken views blaming Trump and calling the President a white supremacist, the Texan has still failed to convince Iowa voters he is a viable 2020 contender.

In fact, Beto was surpassed by Democrats including Andrew Yang, who has now qualified for the fall Democratic primary debate.

Biden continues to lead the Democratic field with 28% support among voters who are likely to attend the Iowa caucuses in February 2020. This is nearly identical to his 27% support level in April.  [Note: Biden had not yet declared his candidacy at the time of Monmouth’s first 2020 poll in Iowa.]  However, Warren is now closing the gap at 19% support, up from 7% four months ago.

Support for Sanders has gone in the opposite direction, now at 9% compared with 16% in April. California Sen. Kamala Harris clocks in at 11% (up from 7%) and South Bend Mayor Pete Buttigieg has 8% (similar to his 9% in April).

Other candidates who register at least 2% in the poll include Minnesota Sen. Amy Klobuchar (3%), former hedge fund manager Tom Steyer (3%), New York Sen. Kirsten Gillibrand (2%), and entrepreneur Andrew Yang (2%).  The remaining 15 candidates included in the poll each earn 1% or less.  Of particular note, former Texas Rep. Beto O’Rourke, who had 6% support in April, registers less than 1% in the current poll.

Andrew Yang, the entrepreneur running an outsider presidential campaign centered on the promise of a universal basic income, has qualified for the fall Democratic primary debates.

Yang crossed the second of two required debate thresholds on Thursday, when he polled at 2 percent in a Monmouth University poll in Iowa. He had previously received at least 2 percent in three other polls approved by the Democratic National Committee and has hit the required 130,000 unique donor mark.

At the other end of the spectrum, onetime Democratic phenom Beto O’Rourke was outperformed in the poll by Yang, clocking in at under 1 percent.

Yang is the ninth candidate to qualify for a pair of debates: one in mid-September and one sometime in October. He joins Joe Biden, Cory Booker, Pete Buttigieg, Kamala Harris, Amy Klobuchar, O’Rourke, Bernie Sanders and Elizabeth Warren on stage.

Biden leads the field in the Monmouth poll in Iowa, the first DNC-approved poll in the key early state taken since the second round of debates last month. He has 28 percent to Warren’s 19 percent. Harris is in third with 11 percent, Sanders has 9 percent and Buttigieg has 8 percent.

Biden’s position at the top is stable from an April 2019 poll Monmouth took in the first caucus state, ticking up a single percentage point. Warren gained 12 points over the April poll, Harris is up 4 points and Sanders dropped 7 points. Buttigieg also remains in the same position he was in in April, losing just 1 point. O’Rourke, who polled at 6 percent in the April poll, polled at less than 1 percent in August.