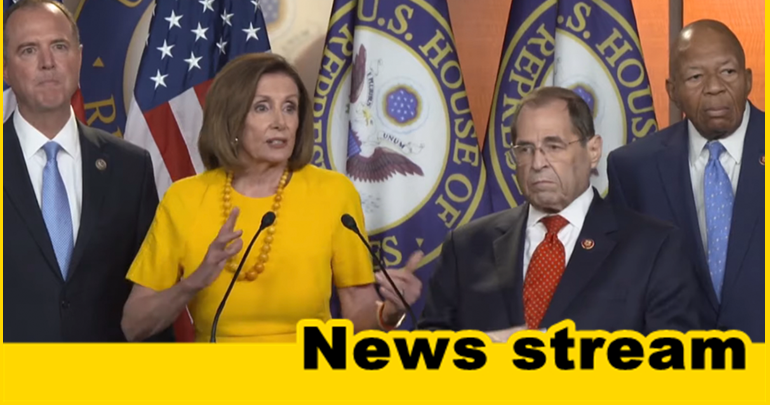 According to a new bombshell report from Byron York, the whistleblower had a “prior working relationship” tie to one of the 2020 Democratic candidates vying to challenge Trump in 2020.

In an Aug. 26 letter, the Intelligence Community’s inspector general, Michael Atkinson, wrote that the anonymous whistleblower who set off the Trump-Ukraine impeachment fight showed “some indicia of an arguable political bias … in favor of a rival political candidate.”

A few weeks later, news reports said the whistleblower’s possible bias was that he is a registered Democrat. That was all. Incredulous commentary suggested that Republicans who were pushing the bias talking point were so blinded by their own partisanship that they saw simple registration with the Democratic Party as evidence of wrongdoing.

Now, however, there is word of more evidence of possible bias on the whistleblower’s part. Under questioning from Republicans during last Friday’s impeachment inquiry interview with Atkinson, the inspector general revealed that the whistleblower’s possible bias was not that he was simply a registered Democrat. It was that he had a significant tie to one of the Democratic presidential candidates currently vying to challenge President Trump in next year’s election.

“The IG said [the whistleblower] worked or had some type of professional relationship with one of the Democratic candidates,” said one person with knowledge of what was said.

“The IG said the whistleblower had a professional relationship with one of the 2020 candidates,” said another person with knowledge of what was said.

“What [Atkinson] said was that the whistleblower self-disclosed that he was a registered Democrat and that he had a prior working relationship with a current 2020 Democratic presidential candidate,” said a third person with knowledge of what was said.

All three sources said Atkinson did not identify the Democratic candidate with whom the whistleblower had a connection. It is unclear what the working or professional relationship between the two was.

President Trump has responded to the news by tweeting:

This is just the beginning, thank you to @ByronYork!

This is just the beginning, thank you to @ByronYork! https://t.co/1ceplqe5MZ