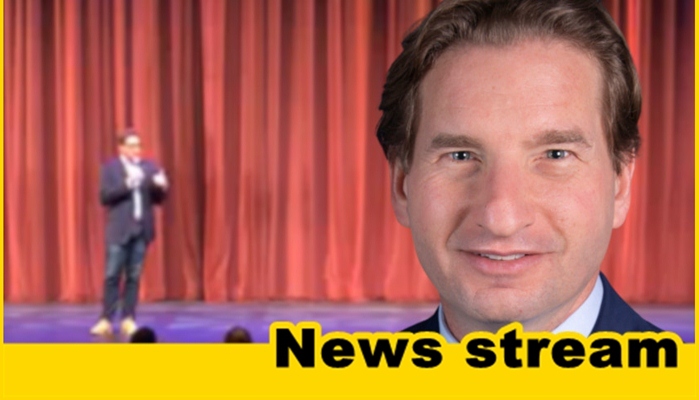 “On impeachment—I’m surprised it took so long to come as a question. I’m going to backtrack a little bit. I watched the 2016 election probably with the same eyes that most of you in this room did, and I could barely sleep that night. It was a moment that I will never forget in my entire life,” Phillips said in response to an audience member’s question.

He said he woke up the morning after the election and promised his daughters that he “would do something” because he “saw them crying about a presidential election in the United States of America.”

“I ran for Congress in no small part because of this man,” he continued. “I thought if I could flip this seat and we could have a House of Representatives that at least provides a check and balance on this administration, that would be a small step in the right direction. And we did. So we have a House now at least that is providing checks and balances and oversight because rest assured there would be no investigation right now if we didn’t flip the House.”

Phillips, who beat former Republican Rep. Erik Paulsen in the 2018 midterms, said he was “actually hopeful that this president might take a different tone after he was inaugurated.”

“But the day of his inauguration he started lying. That’s why I declared my candidacy,” he added. “So now we turn up the clock. I feel, probably like most of you in this room, I just cannot believe that this man represents the United States of America. It seems antithetical to my values and principles. It frankly seems antithetical to the values and principles of most Republicans I know. And I’m deeply troubled and frankly I’m horrified.”

Phillips assured the audience that he feels “the same anxiety, angst and anger” about the president, but said he believes that Democratic leadership is taking the “appropriate path.”

“Relative to impeachment itself. I favor the investigation,” he continued, asking how the country could “turn a blind eye to the emoluments clause in the Constitution.”

“It is horrifying to me that we might even consider normalizing this behavior. But no prosecutor will ever indict somebody until the investigation is complete,” he said, later adding the he is “appalled by this president.”

“I just want to make it clear to all of you who are spending your time sometimes on the streets and in my office and sending me messages, I hear you and I understand. And frankly, if I wasn’t standing up here and I was sitting down there I’d probably be doing the same thing,” Phillips concluded. “At the end of the day, for those of you who want to see this president removed from office, one thing is for certain: if people get out and vote in 2020, which is only 14 months from now, it will happen.