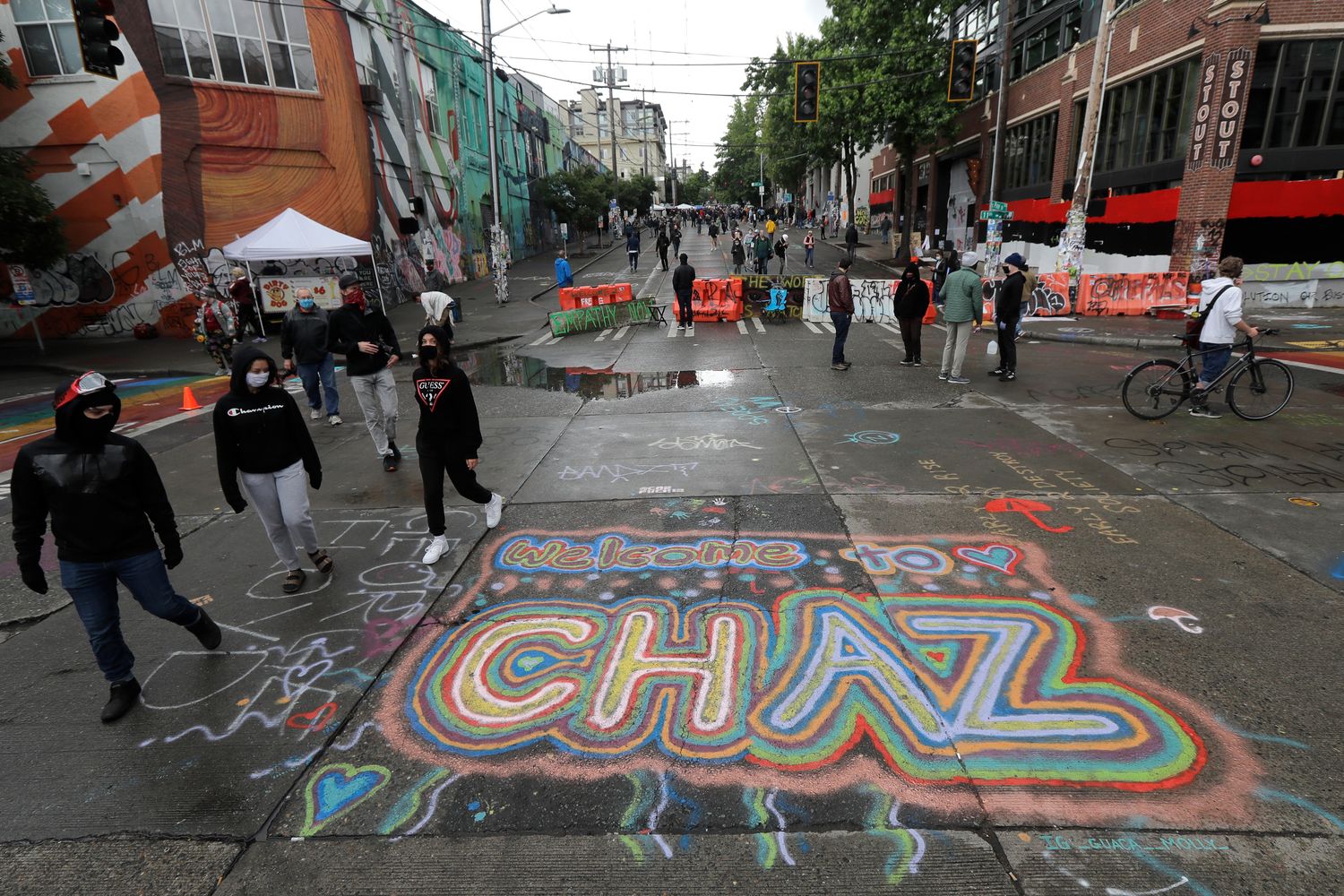 With no police officers, CHAZ was established. Over the weekend, Black Lives Matter activists renamed the area Capitol Hill Organized Protest, arguing that the area was not actually aspiring to autonomy or secession. But by then, the demands of the CHAZ had ballooned far beyond addressing systemic racism in policing: In an open letter published on June 10, the activists listed several reforms they hoped the city would undertake, including degentrification initiatives, free college programs and investment in community mental health services.

Conservative reaction to Seattle’s autonomous zone has a particularly Trump-era undertone to it, Ross said.

Rather than letting local and state officials deal with the protesters, Trump “doubled down on vilifying a group that had nothing to do with the organization of the protests — not just dog whistling, but calling out his protesters or Second Amendment people to basically get out into the streets and get into the vigilante mode.”

The broad support for the racial justice protests indicates the issue will not recede anytime soon, putting pressure on lawmakers of both parties to enact police reform. But while Trump has made some concessions to the movement’s demands, signing an executive order on Tuesday offering incentives for police departments to adopt some reforms, activists say his offerings have fallen woefully short of what is needed.

Trump has also found political utility in ranting about certain proposals from Black Lives Matter activists, including defunding or abolishing the police, and constantly reiterating his ever-present claim that antifa terrorists are floating among the protesters. And though CHAZ itself has not been a base camp for a leftist insurrection, its existence is based on rejecting existing governing and policing structures. Trump has reacted to that with calls for “LAW & ORDER.”

“They’ve already walked away from the founding consensus,” McCabe said. “They’re already at the point where they can have an autonomous Seattle zone.”

The MAGA sphere has also latched onto the fact that visibly armed members of progressive gun groups are patrolling CHAZ, confirming their belief that the zone is, purposefully or not, incepting an anti-government plot. Far-right groups, Ross said, have used the presence of armed individuals as a pretext to travel to the area under the auspices of protecting civil society, not to protest against CHAZ.

“The whole working purpose of the militia in the far right, is they kind of form this sort of porous membrane through which people travel in and out of the extreme right based on whether or not they’re open racists,” he noted. “If you’re going somewhere to stop the looting and to protect protesters from antifa outsiders, then you’ve got a narrative. You’ve got something clear that you can explain to people that doesn’t make you sound like you’re just there because you hate anti-racists.”

Ultimately, CHAZ may amount to a weekslong encampment in the middle of Seattle, maintained by rather enthusiastic activists, that eventually fades.

“To the extent they’ve avoided violence, that’s admirable. But even just trying to take it over is silly,” said Scott Walter, president of the conservative-libertarian think tank Capital Research Center, pointing out that the zone still relied on city services such as trash pickup.