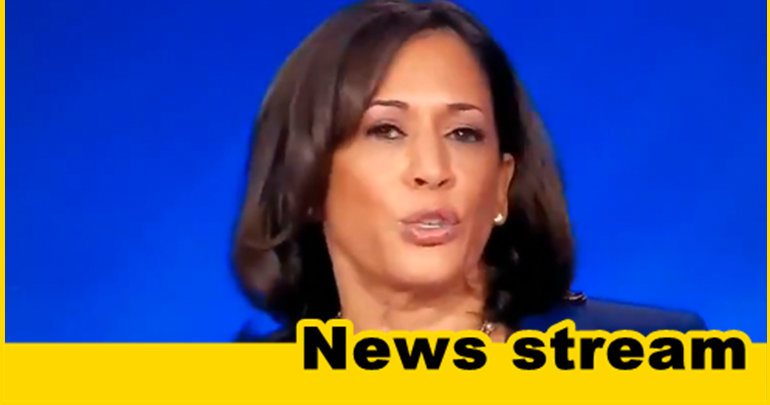 In a viral moment, Kamala Harris addressed Trump directly to the camera during the Democrat debate.

She also incorrectly claimed Trump was watching the debate while Trump was giving a speech in Baltimore.

Senator Kamala Harris speaks directly to the camera with a message for trump, telling him that his lies and divisiveness will NOT work for America.

And then she tells him to go back to watching Fox News. MIC DROP.#DemDebate pic.twitter.com/yTmKjACM49

In her opening remarks, Harris addressed Trump directly, saying, “First I have a few words for Donald Trump, who we all know is watching.”

After accusing Trump of dividing the nation, Kamala ended her remarks saying, “And now President Trump, you can go back to watching Fox News.”

Harris’s claim that Trump is watching the 2020 Democrat presidential primary debate, though, is false because the president is giving a speech in Baltimore, Maryland to Republicans at the same time as the debate and is not watching.