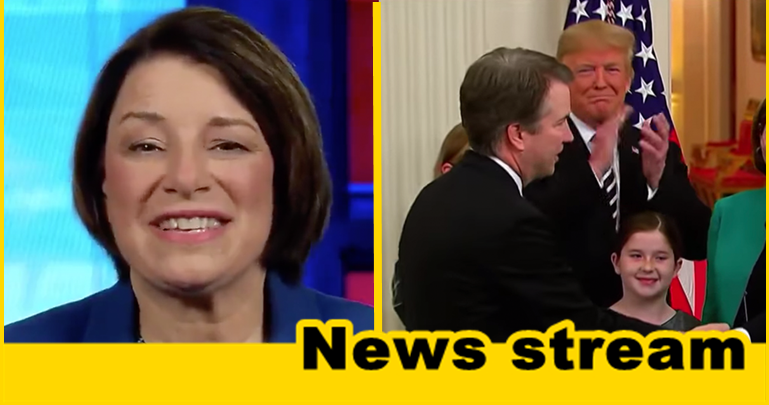 Appearing on “This Week” Senator Klobuchar said “”My concern here is that the process was a sham. I don’t think you can look at impeachment hearings without getting the documents … and the attorney general is shielding documents”

Sen. Amy Klobuchar on Justice Brett Kavanaugh: "My concern here is that the process was a sham. I don't think you can look at impeachment hearings without getting the documents … and the attorney general is shielding documents" https://t.co/gxl9RihwwF pic.twitter.com/0QOM4kIuSv

Trump has continued to defend Kavanaugh as 2020 Democrats called for impeachment.

Per GMA, ABC News Chief Anchor George Stephanopoulos asked Klobuchar on “This Week” Sunday if she thinks the latest updates on the Brett Kavanaugh assault allegations are grounds for impeachment of the now-Supreme Court Justice, Klobuchar said she has opposed his confirmation since last September when she was praised for her handling of questioning of Kavanaugh before the Senate Judiciary Committee.

After the NY Times story on Kavanaugh broke, a major update revealed 2 key facts were missing from the original story.

Apparently, the alleged victim does not remember the incident and declined to be interviewed. 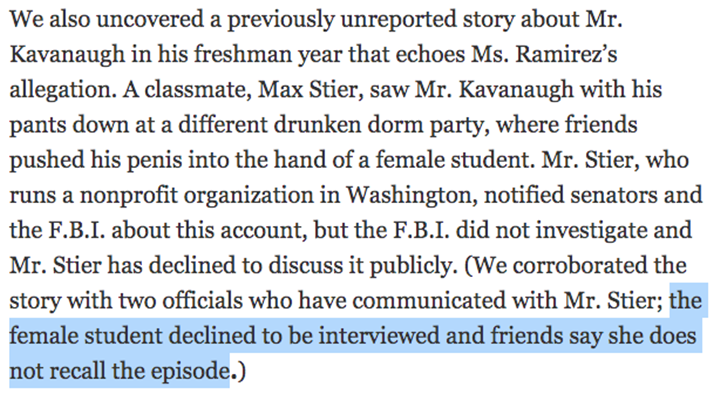