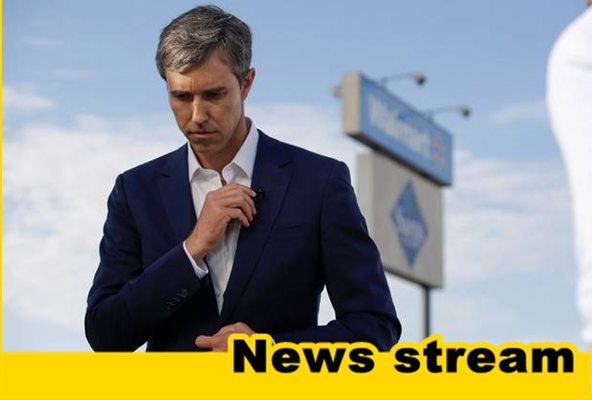 Beto O’Rourke’s presidential campaign sent letters to major technology companies yesterday imploring them to do more to root out disinformation ahead of the 2020 election.

The pointed appeals, from campaign manager Jen O’Malley Dillon, came after a conspiracy theory falsely linking the former Texas congressman to the gunman who killed seven people in two west Texas towns last Saturday was allowed to spread on social media this week, garnering thousands of shares and, according to the campaign, at one point becoming the second-highest-trending Google search query related to the candidate in the preceding seven days.

Among those who amplified the deceptive claim, which appeared to originate on Twitter with the charge that the gunman was a democratic socialist with an O’Rourke sticker on his truck, were Anthony Shaffer, a former Defence Intelligence Agency officer and member of an advisory board whose mission is to promote President Donald Trump, and Sebastian Gorka, who worked briefly in the White House.

Otherwise, many of the accounts that promoted the conspiracy theory exhibited botlike characteristics, according to analysts.

Nir Hauser, who runs a firm, VineSight, which uses artificial intelligence to track misinformation, said the original tweet received a first boost from accounts that behaved like bots, a type of software that can be set up to push messages on social media.

After briefly suspending the instigating account, which operates under the handle @suemo54 and the name “Sue Moore”, Twitter said it would not remove the posts because they do not violate the company’s policies.

That did not sit well with Mr O’Rourke’s campaign.

The letters were sent to top executives at Twitter, Facebook and Google – companies that, together, wield vast power over the online ecosystem, shaping how their users communicate, think and vote.

The technology and publishing giants, Ms O’Malley Dillon wrote, are “being used every day to proliferate misinformation, and corporate leadership is failing in its duty to protect our country from these attacks. In 2016, Silicon Valley’s flagrant inaction called into question the very results of our presidential election; and if they don’t do better in 2020, we may lose our democracy forever”.

The communications, which were provided to ‘The Washington Post’, testify to the sense of alarm among some Democrats that not enough has been done to immunise the country’s information landscape from the sort of attacks perpetrated by Russia in the lead-up to the 2016 election, which prosecutors and intelligence officials say were designed to help elect Mr Trump.

And the letters illustrate the increasing willingness of campaigns to go toe-to-toe with the platforms. In July, Tulsi Gabbard, of Hawaii, another Democratic contender for president, filed a federal lawsuit against Google, claiming that the company denied her free speech when it temporarily suspended her advertising account following the first Democratic debate. The legal claim is believed to mark the first time a presidential candidate has sued a technology giant.

Mr O’Rourke’s campaign did not go that far. But it put the social media companies on notice about objections to the way they construe their role as referees of political discourse.

“This is your job, not ours,” wrote Ms O’Malley Dillon, who was a deputy campaign manager for ex-president Barack Obama’s re-election effort in 2012.

She made a series of requests, including that the companies do more to take down fake accounts and shed light on which political posts are gaining attention on their platforms and why.

Each of the companies has made attempts to clean up the material it broadcasts to the public. Among the moves taken over the past several years have been tightening standards for political advertising and testing tools for fact-checking content. (© The Washington Post)