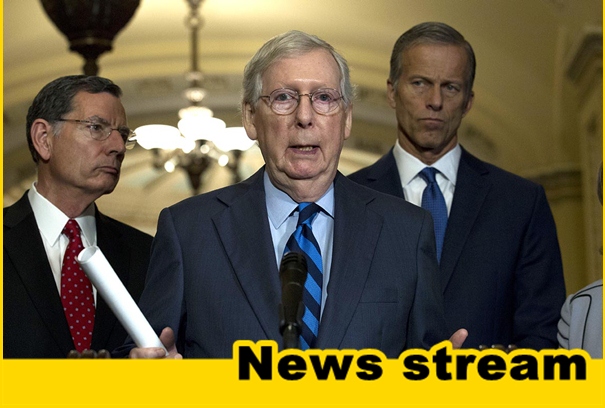 Senate Republicans on Thursday rejected an effort to condemn the Trump administration’s decision to pull troops out of Syria, despite the House’s overwhelming vote in support of the measure this week.

“History will show that the country, the Senate and even the senator from Kentucky will regret blocking the resolution,” Schumer fumed after the episode.

The resolution passed the House on Wednesday, 354-60. But the Senate is struggling to unite around a response to President Donald Trump’s Syria withdrawal with any sense of urgency, with Paul standing against a measure that would likely pass easily if given a roll call vote.

“The resolution that’s being offered is simply a way to have petty partisan criticism of the president infect this body,” Paul said.

Some Republicans are also not eager to call up the resolution condemning the president’s policy because it could inflame tensions between the Senate GOP and Trump, who lashed out at Sen. Lindsey Graham (R-S.C.) after Graham repeatedly criticized his policies. Graham also called on McConnell to bring up the House-passed resolution, predicting that it would get “over 80 votes.”

McConnell said on Thursday the Senate may take a different approach than the House resolution because the nonbinding resolution does not address “imperiled Sunni Arab and minority Christian communities in Syria” and doesn’t speak affirmatively on keeping troops in Syria. His statement was effectively a challenge to Democrats that complicates the goal of one bicameral, bipartisan statement dinging the president’s strategy in the Middle East.

“It’s important we make a strong, forward-looking strategic statement. For that reason, my preference would be for something even stronger than the resolution the House passed yesterday, which has some serious weaknesses,” McConnell said in a Senate floor speech. “It is backward looking and curiously silent on the issue of whether to actually sustain a military presence in Syria, perhaps to spare Democrats from having to go on record on this key question.”

McConnell has repeatedly expressed concern with Turkey’s incursion into Syria since Trump’s decision to cede ground in the region. But he’s also criticized Democratic presidential candidates and Schumer for opposing an amendment earlier this year asserting the U.S. should stay in Syria and Afghanistan.

After McConnell’s speech, Schumer advocated for passage of the House resolution rather than trying to write a new one.

“The vast majority of House Republicans, 129 to be exact, condemned the president’s decision on Syria,” Schumer said. “We can quibble about the language, but I have no doubt we can agree on the basic message. We can vote on the Senate resolution today. Time is of the essence.”

“Congress is going to speak with a very firm, singular voice that we will impose sanctions in the strongest measure possible against this Turkish outrage,” Graham said. “The sanctions by the administration are just a first step in what I think will be a crippling journey.”

But Republican leaders have made no specific commitment to taking up Graham’s bill. McConnell said discussions will continue about the next step.

In addition to the discussion surrounding sanctions, the Senate Foreign Relations Committee plans to hold a hearing next Tuesday on the Turkish incursion in Syria. James Jeffrey, the special representative for Syria engagement, is scheduled to testify.

By BURGESS EVERETT and MARIANNE LEVINE