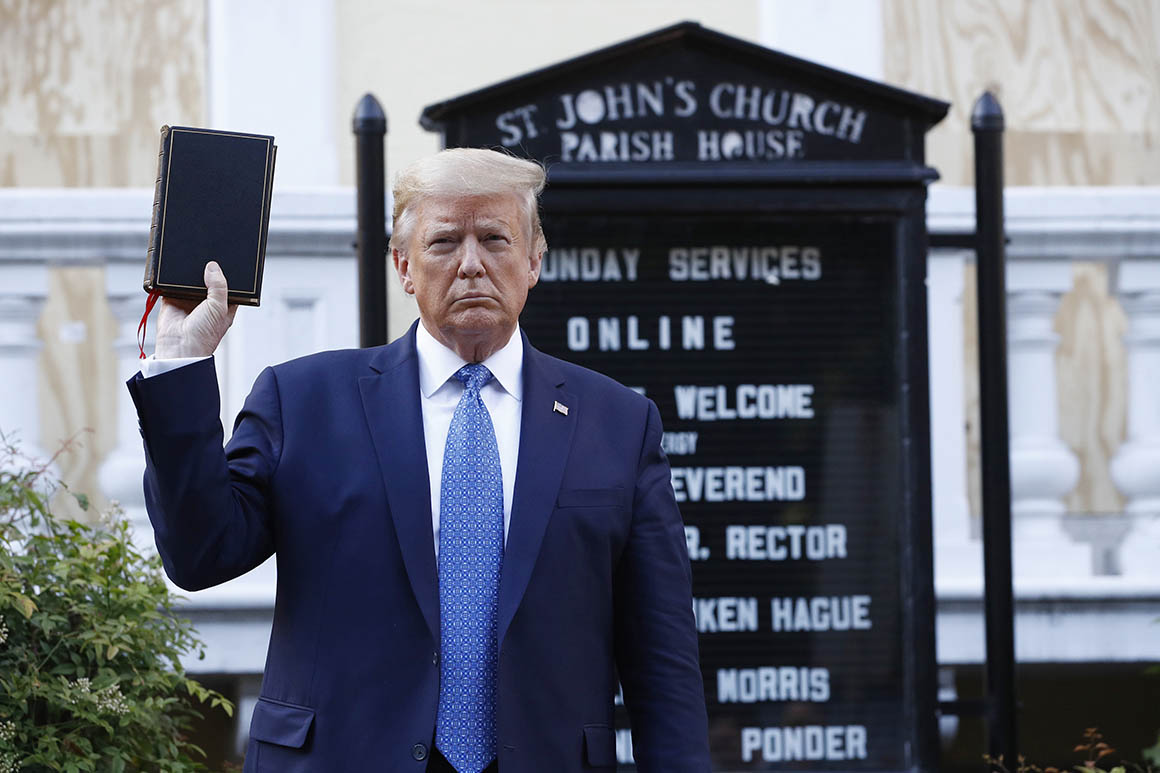 President Donald Trump holds a Bible as he visits outside St. John’s Church across Lafayette Park from the White House on June 1, 2020. | Patrick Semansky/AP Photo

The U.K. government should condemn a “deliberate election strategy” by U.S. President Donald Trump to use anti-racism protests to activate his electoral base, said Lisa Nandy, the shadow foreign secretary.

Asked on the BBC’s Andrew Marr show to comment on Trump’s response to the protests against the killing by police of George Floyd, that continued in several U.S. cities on Saturday, the Labour politician said: “I actually think that this is a deliberate election strategy. Now I’ve no idea whether Donald Trump is a racist or not a racist. What I do know is that in the run-up to the American elections, this is one of the ways that politicians try to activate their base. They divide people in order to try to advance their own cause.”

U.K. Foreign Secretary Dominic Raab has avoided commenting on Trump’s response to the protests. “I’m not going to start commenting on the commentary or indeed the press statements that other world leaders make or indeed the U.S. president,” he said last weekend.