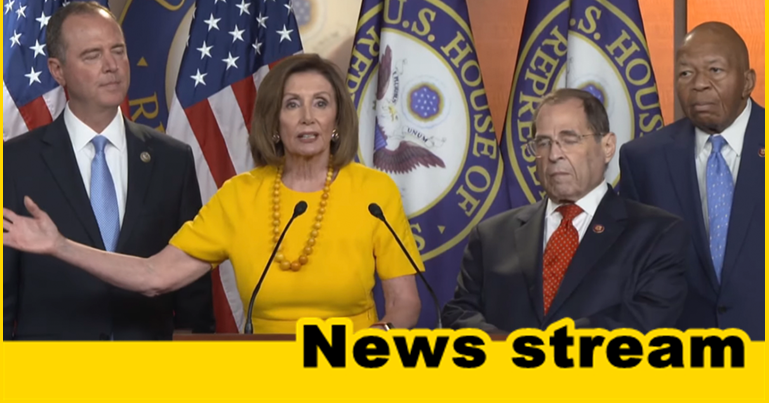 The White House has sent a scathing 8 page letter to Democrats outlining the reasons they will not comply with what they call a ‘illegitimate and unconstitutional’ impeachment inquiry.

Per FoxNews, the White House outlined in a defiant eight-page letter to House Speaker Nancy Pelosi and top Democrats on Tuesday why it will not participate in their “illegitimate and unconstitutional” impeachment inquiry, charging that the proceedings have run roughshod over congressional norms and the president’s due-process rights.

Trump administration officials called the letter, which was written by White House counsel Pat Cipollone and obtained by Fox News, perhaps the most historic letter the White House has sent. The document tees up a head-on collision with Democrats in Congress, who have fired off a slew of subpoenas in recent days concerning the president’s alleged effort to get Ukraine to investigate political foe Joe Biden during a July phone call with Ukraine’s leader.

“President Trump and his administration reject your baseless, unconstitutional efforts to overturn the democratic process,” the letter stated. “Your unprecedented actions have left the president with no choice. In order to fulfill his duties to the American people, the Constitution, the Executive Branch, and all future occupants of the Office of the Presidency, President Trump and his administration cannot participate in your partisan and unconstitutional inquiry under these circumstances.” 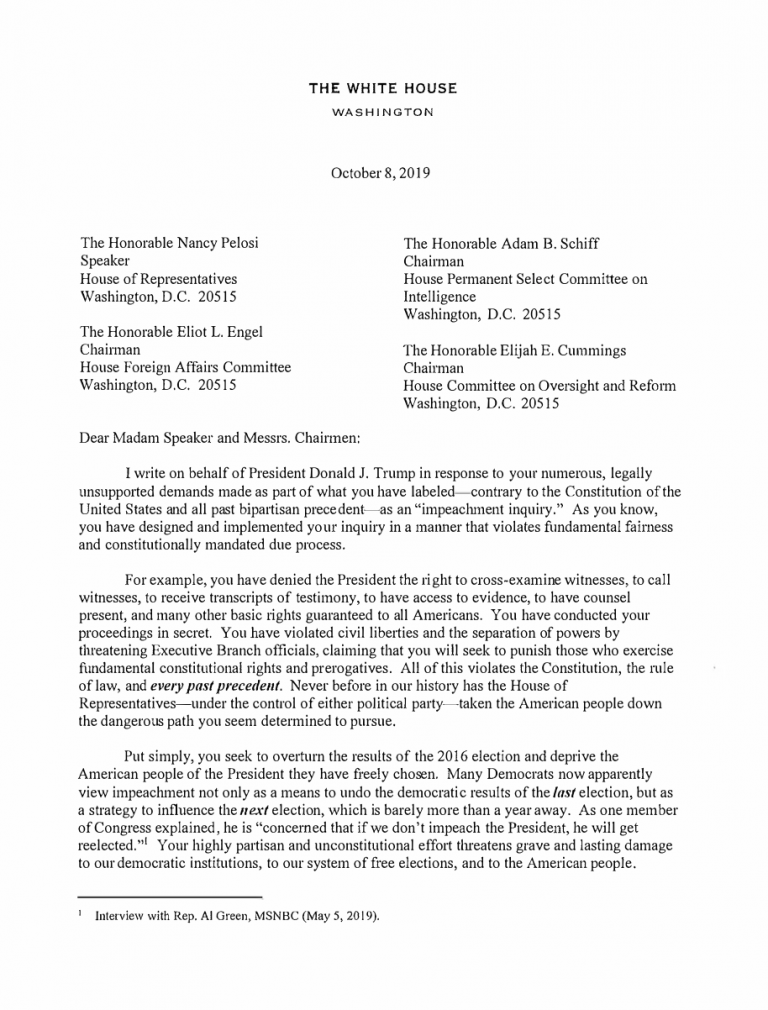 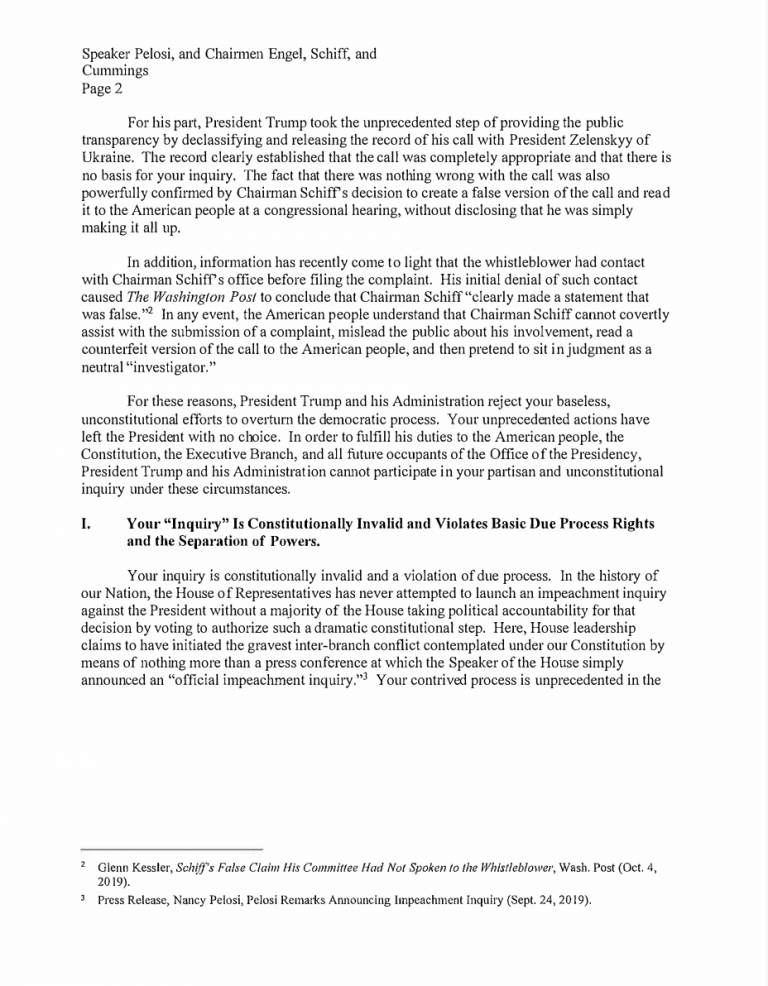