In only four years, a crescent of Atlanta’s northern suburbs has swung from a safe, iconic Republican House seat to a near-lock for Democrats — a startling shift illustrating how far President Donald Trump and his party have fallen in the suburbs before the 2020 election.

Democrats poured money into a nationally watched special election for Georgia’s 6th Congressional District in 2017 and lost by 4 points a seat Republicans won handily for decades. Then, Democrat Lucy McBath eked out a win a year later. Now, as private polling showed McBath with a double-digit lead — and Joe Biden up by a similar margin — Republicans quietly chose not to spend money trying to win it back in the closing weeks of the election.

“It was a narrow race two years ago, but it’s not going to be narrow this time,” said Roy Barnes, Georgia’s last Democratic governor, who lost his last two statewide elections because of huge GOP margins in the Atlanta suburbs. “Republicans, deep down when they admit [it] to themselves, know that district is gone.”

The rapid transformation of a seat that Newt Gingrich once held and that Mitt Romney carried by 24 points eight years ago shows how Trump’s toxicity in the suburbs has grown and compounded during his presidency, giving Biden an opening beyond the traditional swing states, into Arizona, Georgia and even Texas.

And it explains why House Democrats, who spent eight years relegated to minority status, were able to sweep up 40 seats in 2018 and are a good bet to pick up more in 2020. The party is favored in diverse and college graduate-heavy districts outside Indianapolis, St. Louis, Dallas-Fort Worth, Phoenix and other major metro areas where Republicans ran practically unchallenged only a few years ago. And Democrats are actively tying GOP candidates to Trump in some suburban House seats where the president won by double digits in 2016, a sign that their polling shows him losing in those places now.

House Republicans struggled to fundraise or recruit enough candidates to seriously contest many of the seats they lost in the midterms. But their bigger troubles are caused by deep-seated antipathy to a president who has driven huge swaths of GOP-friendly voters from the party.

Despite well-funded recruits with impressive resumes, Republicans had little chance of reclaiming suburban Texas seats held by Democratic Reps. Lizzie Fletcher or Colin Allred because of top-of-the-ticket drag. Just outside St. Louis, fourth-term GOP Rep. Ann Wagner has aired three television ads using footage of the Democratic presidential nominee to warn voters that “even Joe Biden” thinks her opponent is too liberal — a likely indication that her internal polling shows Trump losing her district. He carried it by more than 10 points in 2016.

There are very few urban and suburban districts where Trump is not polling deeply below his 2016 vote share. And some Republicans have started to sound the alarm that the House will not truly be in play until they can figure out how to compete in rapidly diversifying areas full of well-educated and affluent constituencies.

“We have to do much better in the suburbs. We have to do better with minority voters. Our country is moving in a different direction in demography,” said former GOP Rep. Leonard Lance, who in 2018 was ousted from a northern New Jersey seat that had been held by Republicans for four decades. “We have to reach out to the America that exists today.”

For much of the cycle, Democrats sensed that Biden’s buoyant polling numbers would help them force Republicans on the defensive.

In the midterms, they flipped 22 of the 25 GOP-held districts that Hillary Clinton carried. Two years later, only a handful of those are truly competitive. Most of those hard-won seats, like ones held by Reps. Sharice Davids in Johnson County, Kansas, outside Kansas City, and Katie Porter in Orange County, Calif., are now so safe that Democrats hardly have to spend any money to defend them, leaving the party open to push into GOP territory.

Television messaging is a strong indicator of where both parties see the president’s standing in key districts. Democrats are airing broadcast TV ads yoking Republican candidates to Trump in at least 18 seats the president won in 2016 — in some cases by large margins.

Among them are Rep. Rodney Davis (R-Ill.), who holds a seat Trump won by 5 points; Lee Zeldin (R-N.Y.), whose Long Island seat Trump won by 12 points; and Mike Turner (R-Ohio) and Jaime Herrera Beutler (R-Wash.), whose districts he carried by 7 points. 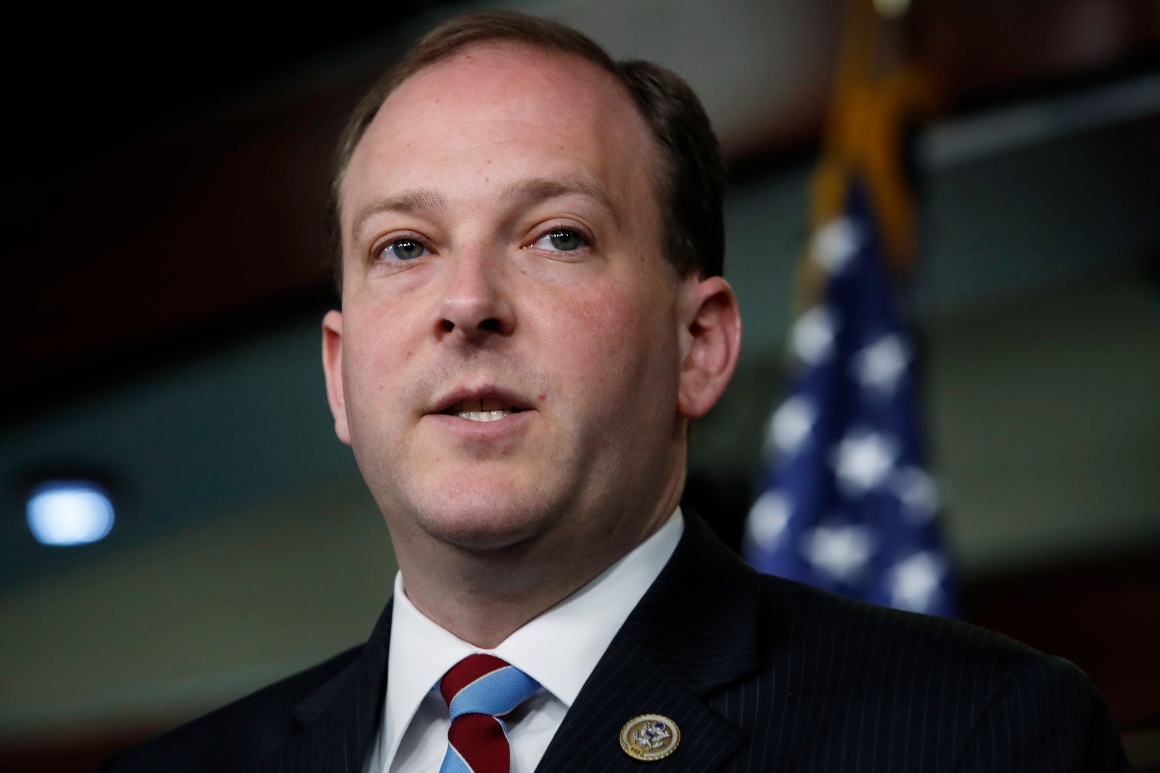 Republicans admit it is more difficult to separate themselves from the president, who attacks disloyal members and keeps himself so firmly in the spotlight. They need Trump to do well if they have any hope of down-ballot success.

“Your congressional and senatorial candidates are tied to your presidential nominee in a way that in the ‘70s and ‘80s and ‘90s was not the case,” said Rep. Tom Cole (R-Okla.), who once chaired House Republicans’ campaign arm.

House Democrats used to survive reelections even if Ronald Reagan carried their districts, Cole noted. “That’s really not true anymore. It’s hard to run more than two, three, four points ahead of the president in any district or any state. So there’s no question that how we do will depend in large measure on how he does.”

And in no state has Trump endangered House Republicans more than Texas. The Democratic Congressional Campaign Committee began the cycle targeting six seats. Now they are contesting 10 — a stunning number considering Republicans held 25 of the state’s 36 congressional districts for nearly all of the past decade.

Democrats sense a real upset opportunity in a North Texas seat held by GOP Rep. Van Taylor, in part because it has the highest percentage of college-educated voters of any district still held by a Republican.

Democrat Lulu Seikaly, the daughter of Lebanese immigrants, said she was inspired to run by a desire to fight what she saw as the president’s xenophobic policies. A lawyer by training, she went to the airport to assist immigrants when Trump instituted a ban on travel from heavily Muslim countries early in his term.

"Our latest poll shows Biden up 11," she said in an interview last week. "People are tired of the lack of leadership. They’re upset with the chaos."

To win, her campaign has been targeting new voters, Democratic voters and moderate Republicans. "We have not been reaching out to Trump voters," she said. "I will mention that. They’re not our swing voters."

The party also believes they might be able to oust GOP Rep. Ron Wright in a nearby seat. Elsewhere in the state, three Democratic nominees — running against GOP Rep. Dan Crenshaw and in two open seats — are also airing ads trying their opponents to Trump.

In McBath’s district, Trump has become so toxic that she and three Democratic allied groups are running no less than a half dozen ads linking Karen Handel to the president. And Democrats are running a similar message in a neighboring open seat to the east, held by Rep. Rob Woodall (R-Ga.), who chose to retire after barely surviving a much-closer-than-expected race in 2018.

Trump’s sagging poll numbers were part of the reason why House Democratic strategists were pleased when Republican-turned-Libertarian Rep. Justin Amash announced in July that he would not run again in his Grand Rapids-based seat. Some Republicans hailed his decision as a win, assuming Amash would split the GOP vote and boost Democrats’ chances in the district.

The president won the seat by more than 10 points in 2016, but Democratic data suggested Trump’s level of support was now much lower. They were eager for Amash, a frequent Trump critic, to leave the race out of fear he would pull from their anti-Trump coalition.

Now internal polling from both parties shows Biden leading Trump narrowly in the district. Republican nominee Peter Meijer, the scion of the Midwest grocery-store chain, has crafted a nostalgic message that critiques both parties and suggests an implicit rebuke of Trump.

“Western Michigan has been a seat that historically sent a lot of what I would consider strong, stable and effective leaders to Washington,” he said, noting former President Gerald Ford held the district for decades. “That’s really a legacy that I’m trying to bring back, that notion of long-term leadership.”

Going into Election Day, national Democrats are spending on TV in roughly 30 seats that Trump carried, from an Omaha-based district that he won by a 2-point margin, to Montana’s at-large seat, where he outpaced Hillary Clinton by 20 points. They especially are optimistic about felling suburban GOP Reps. Steve Chabot (R-Ohio), David Schweikert (R-Ariz.), Wagner and winning the seat of retiring Reps. Susan Brooks (R-Ind.).

"You cannot overstate the revulsion that many middle-class women have for Donald Trump," said former Rep. Martin Frost (D-Texas), who once led his party’s campaign arm.