House Democrats have the majority and are ripping each other to shreds. Senate Democrats fell short for the third cycle in a row, but are only grousing about getting out-messaged by Republicans.

The two caucuses are going about their soul-searching a little differently.

The fallout in the House has been swift. Though Nancy Pelosi’s speakership appears safe, the chair of House Democrats’ campaign arm, Cheri Bustos, announced Monday she wouldn’t run for another term after more than a half dozen Democratic incumbents lost their races.

Meanwhile, on Tuesday, Senate Democrats are expected to easily reelect their leadership team headed by Chuck Schumer (D-N.Y.), who is in the minority at least until two Georgia Senate run-offs in January — and possibly far longer.

Still, some frustration is bubbling up in the Senate as well. Sen. Doug Jones (D-Ala.), who lost by 20 points to Republican Tommy Tuberville last week, blamed getting tied to GOP “catch-phrases” as the reason red- and purple-state Democrats took a beating.

While Democrats are relieved that Joe Biden has defeated Donald Trump from the White House, their underperformance down ballot is fueling anxiety among lawmakers in both chambers — about how to govern under Biden and how to fend off more GOP attacks in 2022.

For now, many Democrats are anxiously hoping to sweep in Georgia — a steep task — before concluding this entire election cycle was a debacle for congressional Democrats.

“It ain’t over,” said Rep. Gregory Meeks (D-N.Y.), who offered to go to Georgia to explain to voters that Democrats don’t agree with liberal activists on everything. “I don’t want anyone to think that I am trying to defund the police.”

The two races in Georgia will give the Democratic Senatorial Campaign Committee and Schumer himself one last bite at the majority. Schumer’s fingerprints are all over Senate Democrats’ political strategy, from recruiting to DSCC ad spending to messaging. Though the party fell short in battleground states from Montana and Maine to North Carolina and Iowa, his support in the caucus remains strong.

Members love Schumer’s loyalty to them and his work ethic, factors that far outpace any private grumbling about his centralization of party leadership over the past four years and the continued relegation to the minority.

Sen. Joe Manchin (D-W.Va.) said no one in the party could work harder than Schumer but said: “Chuck has to understand we need to take a strong look at ourselves.”

“I’ve watched the last three elections: 2016, ‘18 and ‘20. We truly should have been in the majority and it didn’t happen,” said Manchin, who won reelection two years ago in a deep red state. “Whatever our message is, it hasn’t worked. And I would hope that our leadership from the top to bottom understands that. It has not worked. And if we’re going down that path again, we’re in trouble.”

The biggest change in the party’s leadership will likely come at the DSCC, which was run by Sen. Catherine Cortez Masto (D-Nev.) this cycle. Rep. Ben Ray Lujan (D-N.M.), who just won a Senate seat and ran the DCCC previously, is interested in the job, according to three people familiar with the matter. His office did not comment. The DSCC job is not expected to be settled on Tuesday.

Jones, the sole incumbent Democratic senator to lose, said both party campaign arms need to change their mission. He said Stacey Abrams’ work in Georgia should be a model for the party’s work in individual states, while he contends the “DSCC and DCCC spend too much time investing in candidates and not the electorate. They don’t invest in House districts, they don’t invest in states.”

Unlike Bustos, Cortez Masto was not expected to return to the gig since she’s up for reelection next year in battleground Nevada. And Bustos is likely to be the only leadership casualty in the House, with Pelosi and her two longtime deputies — Majority Leader Steny Hoyer (D-Md.) and Majority Whip Jim Clyburn (D-S.C.) — expected to easily win reelection in their leadership races next week.

But the fallout will extend far beyond stunting Bustos’ leadership ambitions. At least seven House Democrats lost their reelection — a total that could tick up to around a dozen as several tight races remain uncalled. Before the election, and echoing most election forecasters, Pelosi and Bustos had predicted the party would in fact add seats. 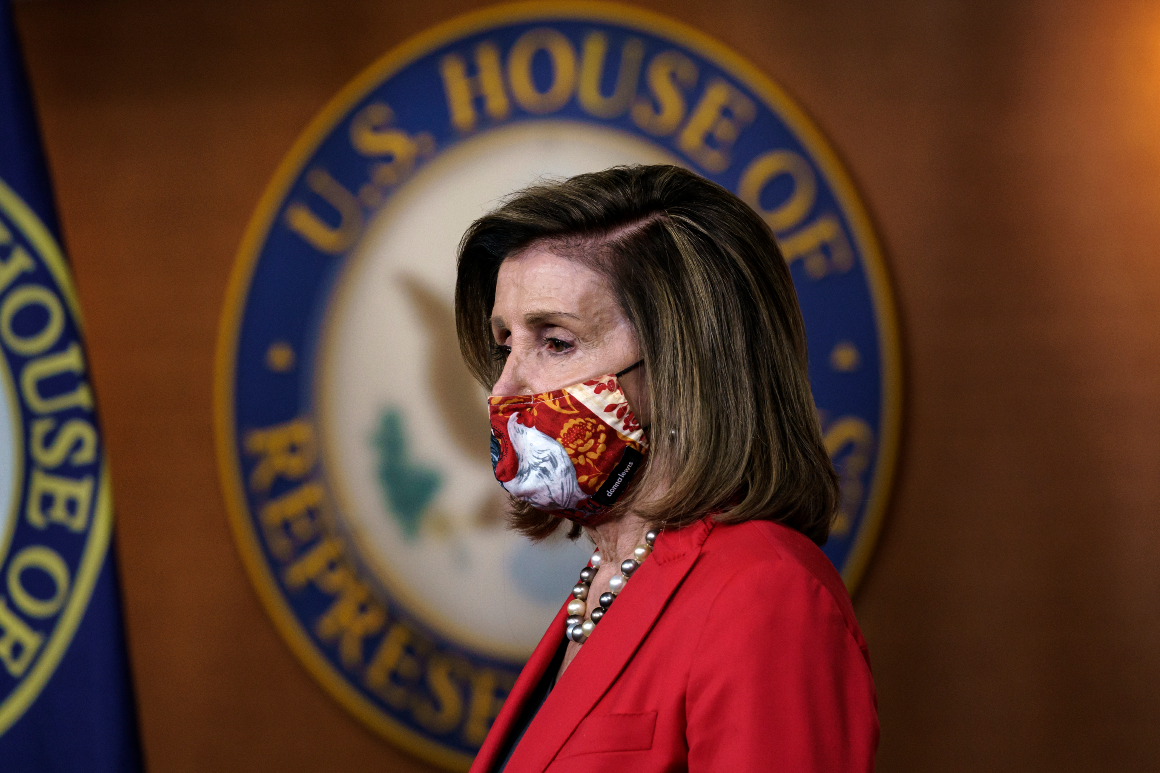 Now Pelosi and her team will have to balance a slim majority brimming with ideological differences and an emboldened GOP minority as they try to navigate the first months of Biden’s administration. A Democratic House is no sure thing in two years.

In the meantime, the House Democratic Caucus has broken out into a full-on food fight, with some of the most prominent progressive and moderate members openly warring with each other over the Election Day losses.

A three-hour caucus call last week turned nasty as centrists said their far-left colleagues cost them seats with progressive calls to defund the police and ban fracking. Rep. Alexandria Ocasio-Cortez (D-N.Y.) responded in the press, blasting swing district Democrats for not doing enough to shore up their own races by spending on digital advertisements and canvassing.

Some Democrats said the party’s infighting is coming at a poor time, just days after Biden won the presidency.

“What we need right now is some profound silence. There’s nothing wrong with just shutting up,” said Rep. Emanuel Cleaver (D-Mo.). “We’re fueling disruption in the Democratic Caucus and also just turning up the oven in the greater universe.”

Privately, some Democrats say if their party had taken the majority back in the Senate, like many expected, the negative spotlight wouldn’t be shining so brightly on the House. Democrats largely defended Schumer and lauded his recruiting, but acknowledged the party is struggling to compete in some battlegrounds.

“We always look at how we can do things better. But the map was the map,” said Sen. Debbie Stabenow (D-Mich.), a close Schumer ally. “None of our candidates are supporting defunding the police, socialism. But we still got tagged by it. So the question becomes: How do you rise above that?”

She said the party’s polling didn’t “capture the people voting for Trump,” part of a growing chorus of complaints about polling in battleground states. Those surveys indicated several paths to the majority for Senate Democrats — none of which materialized.

“Would we have been better off winning the Senate outright? Of course. Would we have been happier campers today? Yes,” said Rep. Gerry Connolly (D-Va.). But “I wouldn’t criticize Schumer — we won two of the three likeliest Democratic pickups … Maybe, in retrospect, we should’ve been managing expectations.”

John Bresnahan contributed to this report.