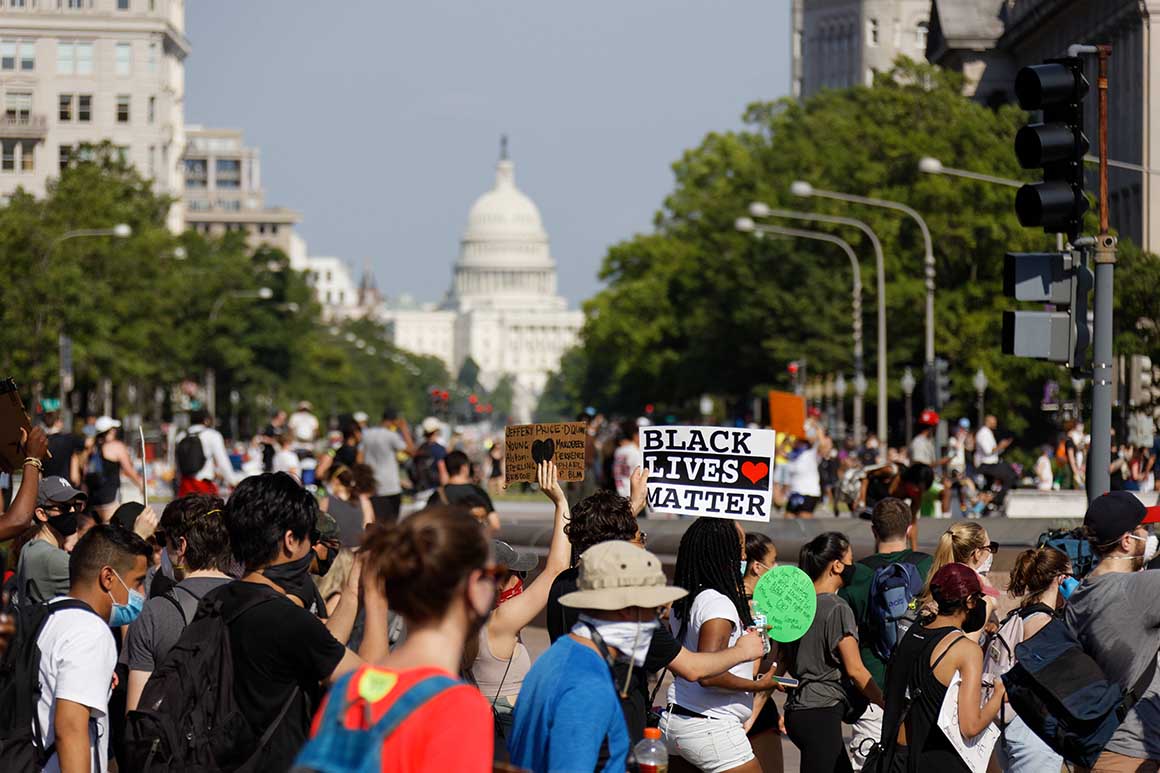 Biden, a former vice president himself, said recently he hopes to name a running mate by early August and has given no clear signals about which direction he is leaning other than to say his pick will be a woman.

“The time for the old playbook of getting geographic balance on the ticket has gone out the window with Sarah Palin,” said former Sen. Carol Moseley Braun (D-Ill.), the first African American woman to serve in the Senate and a Biden surrogate. “These are extraordinary times, Joe is an extraordinary candidate. The only way he’s going to get the voters energized is to have a black woman candidate — a black woman — for vice president.”

Just 10 days ago, top Biden surrogates pointed to Minnesota Sen. Amy Klobuchar as a leading contender because of her appeal as a moderate from the Midwest. But her star has fallen in the wake of George Floyd’s death in Minneapolis. Social-justice activists have been sharply critical of Klobuchar’s past record as a Minneapolis-area prosecutor and have urged Biden not to choose her.

Moseley Braun said the campaign must take heed from the outpouring in the streets.

“It’s not just a signal, it’s a cry. It’s a cry from the heart from American people — ‘we need to move into another direction,’” she said. “We need to repudiate white supremacy.”

One source familiar with the internal discussions about vice presidential selection described the campaign’s view on the need for a black vice president as “an evolution” over the last two weeks.

In an interview, Bottoms deferred to the Biden campaign on questions about her prospects as a Biden running mate.

“I can tell you that obviously like so many mayors and governors across this country, my complete focus has been on our streets the last few days,” Bottoms said.

Within the campaign, the Atlanta mayor is viewed as a loyal, frontline warrior who stood with Biden almost as soon as he launched his 2020 bid last year. Her standing has been bolstered by her recent emergence as an authoritative voice at a time of racial duress in the country.

Bottoms began seeing a rise in TV bookings in the peak Covid-era, when she spoke frequently of how the virus was disproportionately affecting African Americans. But she became a ubiquitous presence on the airwaves in the wake of a widely lauded, off-script speech on May 29 that followed an evening when thousands of protesters — and looters — took to the streets of Atlanta.

“When I saw the murder of George Floyd, I hurt like a mother would hurt. And, yesterday, when I heard there were rumors about violent protests in Atlanta, I did what a mother would do. I called my son and I said, ‘Where are you?’ I said, ‘I cannot protect you, and black boys shouldn’t be out today,’” she said at a news conference calling for the violence to cease. “So you aren’t going to out-concern me and out-care about where we are in America. I wear this each and every day. And I pray over our children each and every day.”

“What I see happening on the streets of Atlanta is not Atlanta. This is not a protest. This is not in the spirit of Martin Luther King Jr. This is chaos,” she said. “A protest has purpose. When Dr. King was assassinated we didn’t do this to our city. So if you love this city, this city that has a legacy of black mayors and black police chiefs … if you care about this city, then go home.”

The first big city mayor to endorse Biden, Bottoms has served as a campaign trail surrogate for well over a year, defending him on national TV through various verbal gaffes and campaign flubs — even after Biden clashed with Kamala Harris on the presidential primary debate stage, when the California senator excoriated his record on race.

Harris, who has run statewide twice before, is also being considered as a possible running mate and had been viewed as an early favorite candidate.

But while Harris sat on the sidelines for a time after she exited the 2020 field, Bottoms volunteered for Biden in Iowa. On caucus night, the former judge and Atlanta city council member even stepped up to give an impromptu speech about Biden’s candidacy when the precinct captain didn’t show. Throughout the campaign, Bottoms traveled extensively through the South on Biden’s behalf, joining him for events in Tennessee, South Carolina and Texas, among other places.

When Biden’s candidacy appeared on life support following routs in Iowa and New Hampshire, Bottoms went on national TV to remind audiences “the South has something to say” because the South Carolina primary had not yet taken place.

Johnson said Bottoms, who is 50, would bring gender, racial, regional and generational balance to a Democratic ticket.

“That is someone that to me, has the stamina and has the vigor and the discipline that it takes to take on the national scene if she’s chosen … She brings a level of humanization to the issues. She’s now built up a tremendous national profile,” Johnson said. “She not only shares his commitment to the issues, she complements Joe Biden’s vision of America.”

In addition to Harris and Demings, other African American women the campaign is considering include fellow Georgian, former Democratic state House leader Stacey Abrams, who has been a vocal advocate for her own candidacy, and former National Security Adviser Susan Rice.