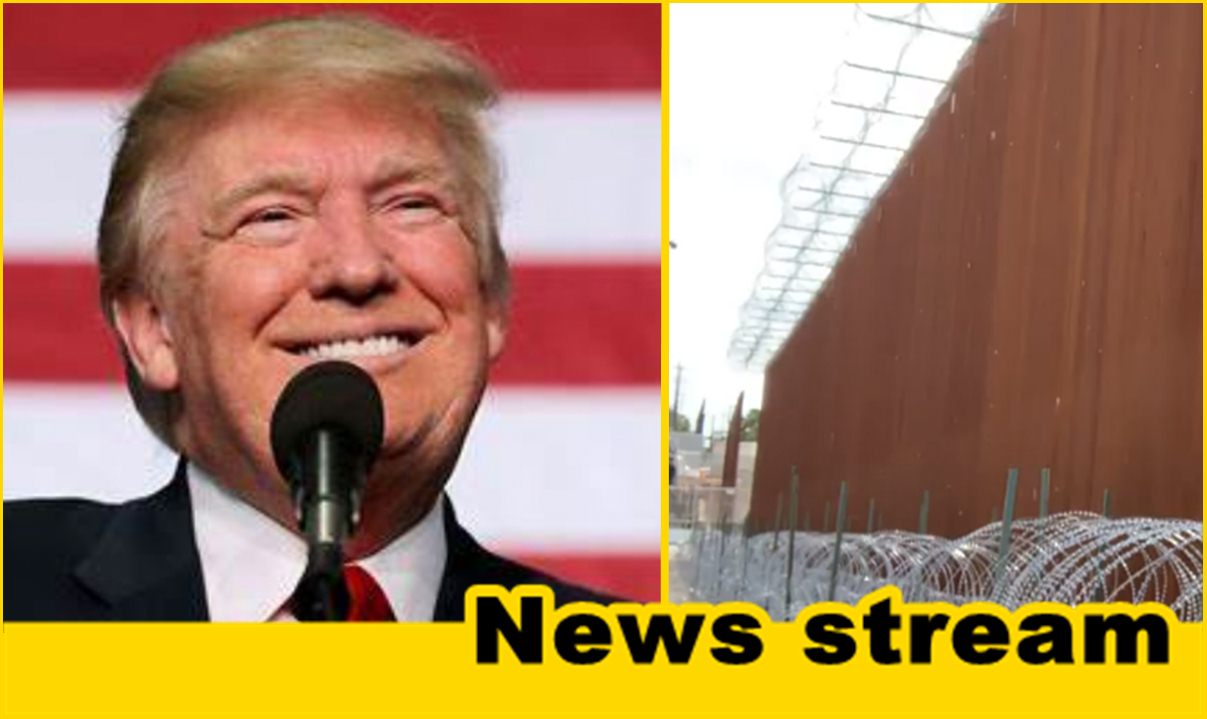 205 miles of replacement border barriers have been completed during the Trump administration and much more will be done before Nov 2020.

Army Corps General Todd T. Semonite estimates 450 miles of wall will be put up by November 2020.

A total 205 miles of new and replacement barrier has been funded in the two and a half years since Trump took office.

A senior administration official told the Washington Examiner that Border Patrol and the Army Corps of Engineers moved faster on replacement projects than the new ones because the approval process for environmental and zoning permits was far less extensive than areas of the border with no barrier.

A second senior official defended the progress the administration’s progress and blamed Democrats in Congress for blocking funding for additional projects the White House has tried to move on.

“The wall projects are moving along as quickly as practicably possible given the unprecedented obstruction from Democrat lawmakers to protect and prolong open borders,” the official wrote in a statement. “These same obstructionists, including many who once supported border barriers, are the same people who would abolish ICE and DHS, let criminals run free across our borders, and turned a blind eye to the scourge human trafficking and child sex slavery enabled by their policies.”

Despite the lack of new barriers, Trump has applauded his administration for building more border wall. His 2020 campaign has made the border wall its primary messaging.

Trump’s 2020 campaign debuted the slogan “Finish the Wall” at his first rally of 2019 in El Paso, Texas. At one point during his speech, the crowd began cheering “build that wall.” Trump responded, “Now, you really mean ‘finish that wall,’ because we’ve built a lot of it,” though he did not share numbers with the thousands of people in attendance.

The White House initially persuaded Congress to fund replacement projects in 2017, then moved in 2018 to get more money for both replacement fencing and projects in parts of the border that have no barrier.

“To this date, CBP has completed the construction of approximately 99 percent of the 40 miles funded in fiscal year 2017. Additionally, construction of 35 gates to close gaps in current border infrastructure in the Rio Grande Valley sector continues,” the Department of Homeland Security agency said in a statement.

In the 2018 omnibus government funding bill, lawmakers approved $1.375 billion for 80 miles of new and replacement wall in the Rio Grande Valley of Texas, various regions of California, and Yuma, Arizona. CBP said it has finished roughly 10 miles of that portion, of which none has been new fencing.

Meanwhile, the administration maintains that significant portions of new wall will be finished in the time remaining in Trump’s term. Army Corps Commanding Gen. Todd T. Semonite said earlier this spring the Corps will put up 450 miles of wall by November 2020.