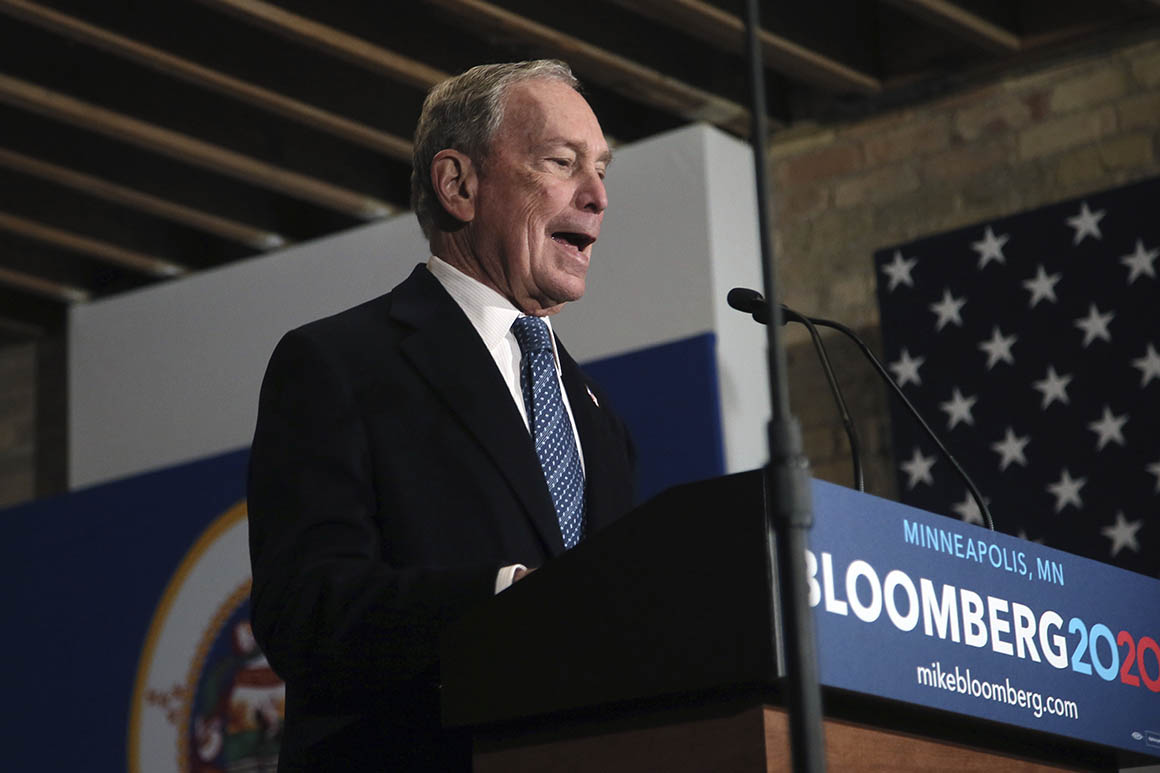 The staggering sums demonstrate the trademark lavish spending that has characterized Bloomberg’s late-in-life political career: a virtually bottomless wallet that fills in when campaign customs don’t appeal to him. The former New York City mayor’s determination that the traditional Iowa-centric presidential primary calendar doesn’t suit him simply wouldn’t work for another candidate. But it’s perfectly compatible with Bloomberg’s reality — when that reality includes $140 million spent on TV and digital ads, $3.3 million on polling alone, and nearly $1 million to crisscross the country in pursuit of delegates in Super Tuesday states other candidates can’t yet afford to focus on.

Bloomberg now has more than 1,000 people on his campaign payroll. Those employees got iPhone 11s and MacBooks and were put up in furnished Manhattan apartments if they relocated. Now, they enjoy catered meals throughout the long days they’re expected to clock. The campaign’s $750,000 travel tab, which includes the use of a private plane owned by Bloomberg’s eponymous financial news organization, doesn’t include airfare and hotels racked up this month as he zoomed in on California, Texas and Florida.

And the $188 million that Bloomberg spent at the end of last year — far in excess of the other Democratic candidates — is only how much he spent between his late November entrance into the primary and Dec. 31, when the filing period ended. The ad spending by itself now tops $300 million, and on Sunday Bloomberg is airing a Super Bowl spot showcasing his record fighting the National Rifle Association for a cool $10 million.

In an unusual arrangement, Bloomberg recorded a $14 million expense to his media company that he is drawing down as he pays staffers who have moved to his campaign. Some $50,000 of that covered the cost of his trademark Bloomberg Terminals for a handful of staffers.

His campaign team said it received legal guidance on the setup, though it declined to provide a written copy.

The FEC noted the Bloomberg campaign has nearly $33 million in what it calls debt, which a campaign aide called a “misnomer” since all those invoices for services predating Dec. 31 will have been paid by the next filing.

Bloomberg’s team leaned into their tremendous financial advantage: Forbes now calculates his wealth to be $61.5 billion and he has shown no intention of curtailing his spending anytime soon. In fact, he has promised to keep his campaign apparatus running through the general election even if he isn’t the Democratic nominee so he can fund whomever is.

“Our first month’s filing represents a down payment and commitment in all 50 states to defeat Donald Trump, and it shows we have the resources and plan necessary to take him on,” Sheekey, the campaign manager, said in a prepared statement.