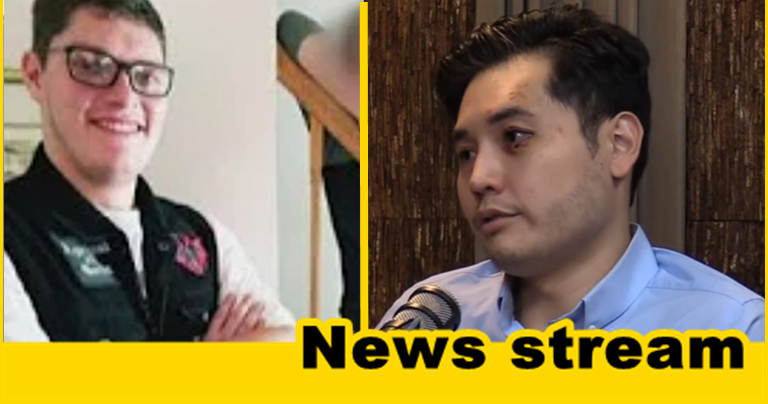 In a powerful Op-ed for the NY Post, Andy Ngo, the journalist that was brutally beaten by Antifa exposes the Ohio shooter’s radical left wing ideology that is largely being ignored by the mainstream media.

Over the weekend, America suffered two mass shootings within hours of one another, in El Paso, Texas, and Dayton, Ohio. These followed another mass shooting in Gilroy, Calif., a week earlier. The alleged perpetrators of the attacks were young, “lone-wolf” gunmen. All three carried out carnage against innocents using high-power rifles. All told, Santino ­Legan (Gilroy), Patrick Crusius (El Paso) and Connor Betts (Dayton) killed 34 people and injured dozens more.

While the attacks are similar, the response from liberals and leftists has been anything but.

However, when it comes to condemning the Dayton shooter’s militant far-left views, all remain mum. Others, such as anti-police activist Shaun King, even claimed the Dayton shooter targeted blacks in a hate crime, though ­racism doesn’t appear to have been a component of his twisted worldview.

While Betts, the Dayton shooter, didn’t leave behind a manifesto, his extensive social-media footprint provides clues as to what may have inspired him. Federal investigators announced Tuesday that they are looking into his exploration of violent ideologies.

Betts had long expressed support for antifa accounts, causes and individuals. That would be the loose network of militant leftist activists who physically attack anyone to the right of Mao in the name of “anti-fascism.” In particular, Betts promoted extreme hatred of American border enforcement.

“Kill every fascist,” the shooter declared in 2018 on twitter, echoing a rallying cry of antifa ideologues. Over the next year, his tweets became increasingly violent. “Nazis deserve death and nothing else,” he tweeted last October. Betts frequently flung the label “Nazi” at those with whom he disagreed online.

By December, he reached out on Twitter to the Socialist Rifle ­Association, an antifa gun group, to comment about bump stocks, and the SRA responded to him. (A bump stock is an attachment for semiautomatic rifles that allow them to fire much faster.)

In the months leading to his rampage, Betts expressed a longing for climactic confrontation. In ­response to an essay by Intercept writer Mehdi Hassan titled, “Yes, Let’s Defeat or Impeach Trump—but What If He Doesn’t Leave the White House?” the shooter wrote: “Arm, train, prepare.”

By June he tweeted: “I want socialism, and I’ll not wait for the idiots to finally come round understanding.” Last week, he promoted posts that demonized Sens. Ted Cruz and Bill Cassidy’s resolution against antifa extremism.

America’s historical and contemporary struggles with fringe far-right violence has provided politicians, leaders and media with blueprints to identify and confront that form of extremism. The national unity in rejecting violent white-nationalist ideologues like James Fields and Dylan Roof are emblematic of America’s resolve against the far right.

The unanimous rejection of the El Paso shooter’s beliefs, including by President Trump, once more demonstrated the nation’s resolve against hard-right hate. Yet when it comes to far-left violent extremism, there is a gaping blind spot in the mainstream discourse, and we are less safe because of it.

Beyond banal condemnations of violence, politicians and leaders must work to uproot far-left militant beliefs from mainstream politics. The Dayton shooter promoted the same virulently anti-law-enforcement rhetoric that too many mainstream figures on the left flirt with. And yet it was courageous police officers who finally ended his carnage when they shot and killed him outside the Ned Peppers Bar in Dayton’s entertainment district.

His case also makes clear that antifa’s violence goes far beyond the street hooliganism it has become infamous for. The group espouses the belief that liberal democracy is irredeemably oppressive — fascistic, even — and must be thoroughly destroyed.