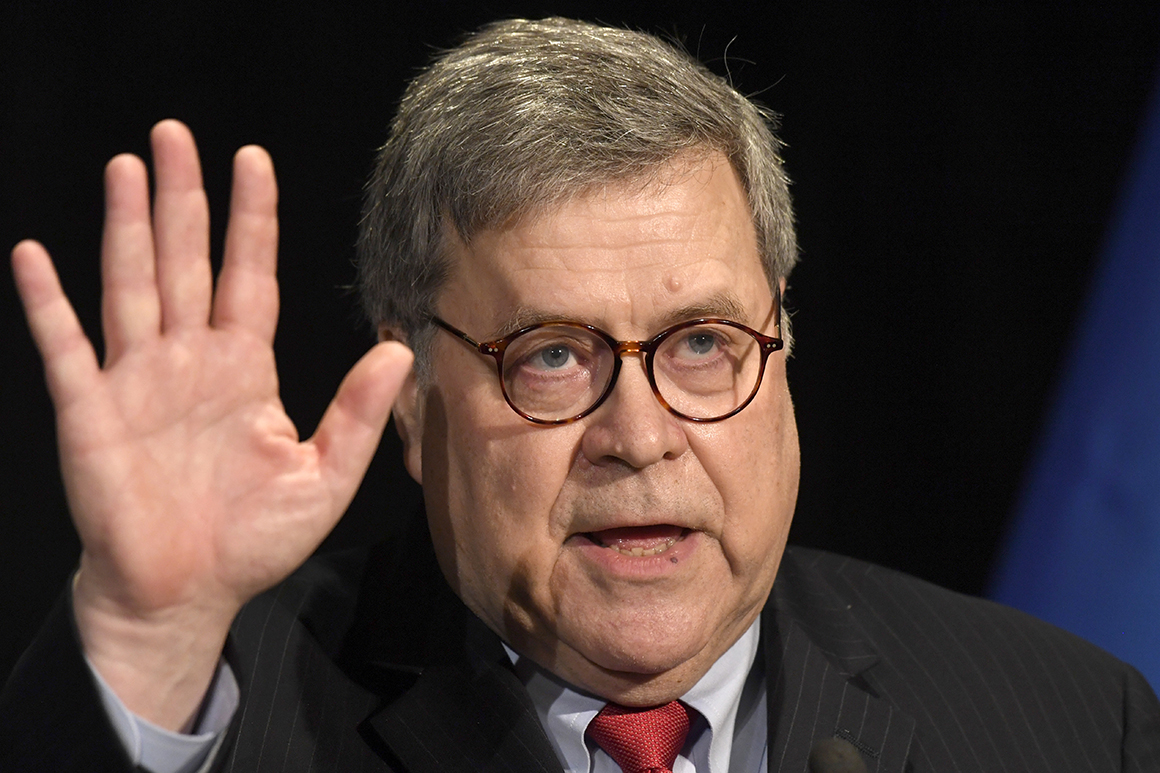 On Wednesday morning, Trump hailed Barr for “taking charge” of the matter, confirming suggestions that it was the attorney general himself who intervened.

In a letter to Barr confirming his appearance, the Democrats on the House Judiciary Committee indicated they’d press Barr about Stone as well as the removal of the U.S. attorney of D.C. Jessie Liu, who oversaw a slew of sensitive cases that grew out of Mueller’s probe of Russian interference in the 2016 election, including the Stone case. The committee also foreshadowed pressing Barr on broader concerns about political influence seeping into the Justice Department.

“In your tenure as Attorney General, you have engaged in a pattern of conduct in legal matters relating to the President that raises significant concerns for this Committee,” the panel’s Democrats wrote, saying the Stone episode requires “immediate attention.”

Barr’s appearance before the committee will bring him face to face with some of Trump’s fiercest political adversaries, including Chairman Jerry Nadler (D-N.Y.), who subpoenaed the Justice Department last year to obtain Mueller’s underlying evidence and has gone to court to overrule Barr’s refusal to share the grand jury evidence Mueller collected.

Democrats first demanded Barr appear in May, shortly after the Mueller report’s release, but the request escalated amid demands that DOJ produce more of Mueller’s underlying materials and fell apart when Barr refused to submit to questioning by committee staff, rather than lawmakers.

In addition to Stone and Liu, Democrats have a long list of issues they’re likely to press Barr on, including his involvement in decisions surrounding Trump’s decision to withhold military funds from Ukraine last year, and his handling of a whistleblower complaint about the episode that DOJ determined should be withheld from Congress, overruling an intelligence community inspector general. Those episodes helped spark House Democrats’ push to impeach Trump for abuse of power and obstruction of their investigations.

Trump mentioned Barr on his July 25, 2019 call with Ukrainian president Volodymyr Zelensky, when he urged the country’s government to investigate former Vice President Joe Biden. DOJ has indicated that Trump did not convey this request to Barr, but he has yet to testify publicly on the matter.

Barr’s March 31 testimony may also come after the release of a book by former national security adviser John Bolton, slated for a mid-March publication. Bolton is expected to reveal details about his conversations with senior administration officials about concerns related to Trump’s handling of Ukraine. Barr denied a New York Times account of Bolton’s book suggesting that Bolton raised concerns directly to Barr that Trump might be doing personal favors for foreign autocrats.