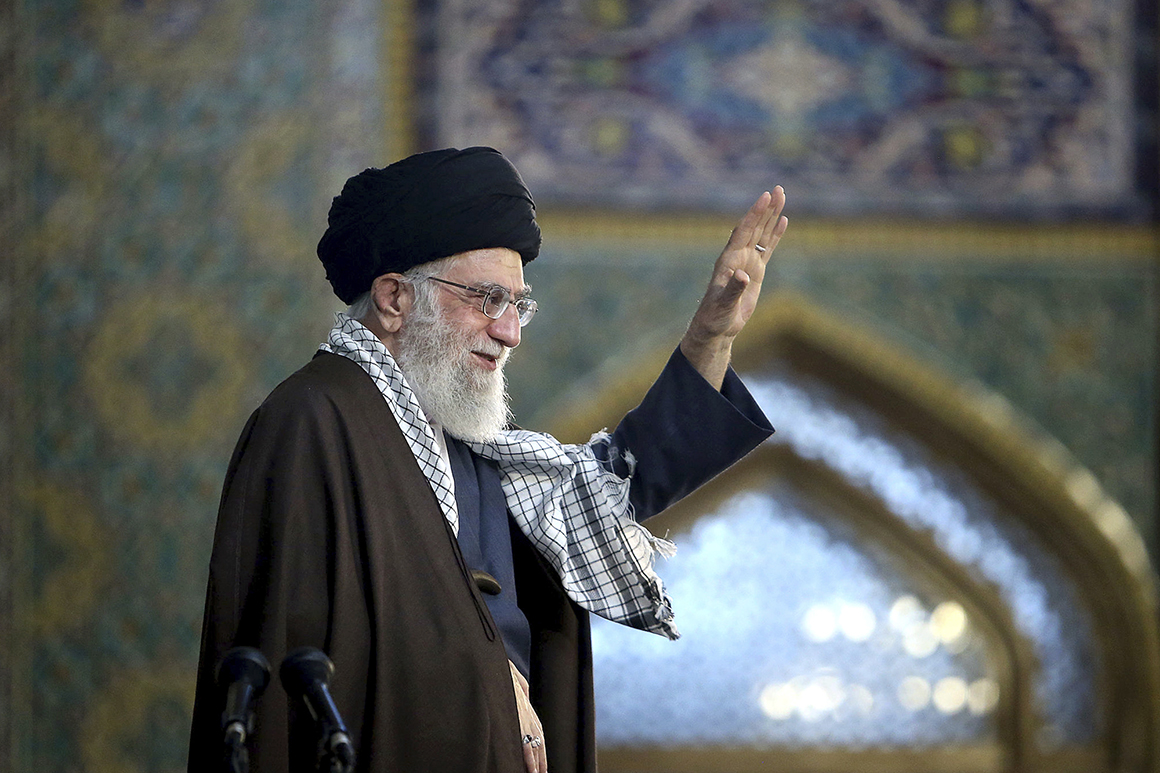 Iran’s Islamic Revolutionary Guard Corps claimed responsibility for the assault, which came as a retaliation against the U.S. after President Donald Trump last week ordered the killing of Tehran’s top military commander in an American drone strike.

“The U.S. has caused wars, division, sedition, destruction, and the demolition of infrastructures in this region,” Khamenei said Wednesday. “Of course, they do this everywhere in the world. This region won’t accept the U.S. presence. Governments elected by nations won’t accept the presence of the U.S.”

Despite the supreme leader’s ominous remarks, Iranian Foreign Minister Mohammad Javad Zarif insisted in a tweet Tuesday evening that the Islamic Republic does “not seek escalation or war, but will defend ourselves against any aggression.”

Trump also apparently sought to tamp down the potential for further conflict, tweeting Tuesday that “All is well!” following the Iranian strike and announcing that he would be “making a statement” Wednesday morning.

“Missiles launched from Iran at two military bases located in Iraq. Assessment of casualties & damages taking place now. So far, so good!” the president wrote. “We have the most powerful and well equipped military anywhere in the world, by far!”