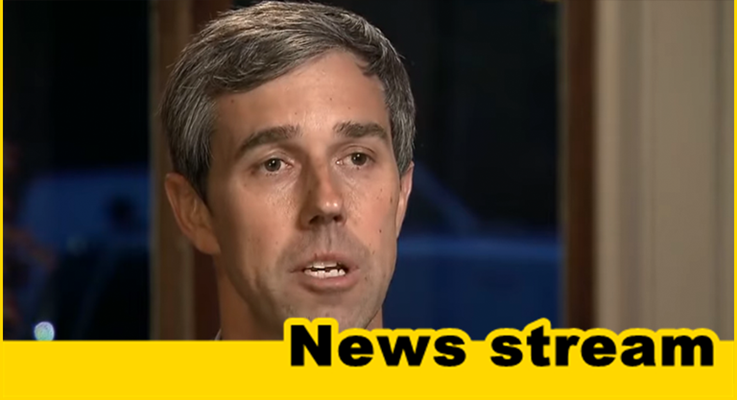 Struggling 2020 Democrat candidate has been taking every opportunity he can to seize the spotlight post-El Paso shooting.

Moments ago, Beto tweeted that President Trump is not welcome in El Paso and “he has no place here.”

On the same day, Beto compared Trump’s America to the “Third Reich” in Nazi Germany.

“I mean the president has not been shy. He’s not been saying this behind closed doors. This is out in the open. All people of one religion, inherently defective … should be banned from the shores of this country,” O’Rourke said on MSNBC. “The only modern Western democracy… that said anything close to this is the Third Reich, Nazi Germany.”

2020 White House hopeful and former Rep. Robert Francis “Beto” O’Rourke (D-TX) is calling on President Donald Trump not to visit El Paso in the wake of the mass shooting in his former district.

“This president, who helped create the hatred that made Saturday’s tragedy possible, should not come to El Paso. We do not need more division,” O’Rourke wrote on Twitter. “We need to heal. He has no place here.”

This president, who helped create the hatred that made Saturday's tragedy possible, should not come to El Paso. We do not need more division. We need to heal. He has no place here.

O’Rourke is the latest Democrat to urge the president to steer clear of El Paso after a gunman shot dead 22 people and injured 53 at a Walmart. The suspect, 21-year-old Patrick Crusius, was charged with capital murder, making him eligible for the death penalty. The Justice Department is weighing bringing hate crime charges against Crusius, which also carries the death penalty. Hours later, a gunman killed 9 people, including his sister, after opening fire in a busy bar district in Dayton, Ohio. Police killed gunman 24-year-old Connor Betts within one minute after he began shooting.

O’Rourke on Saturday left to the campaign trail to be in El Paso after the shooting, where he attempted to tie President Trump to the tragedy.