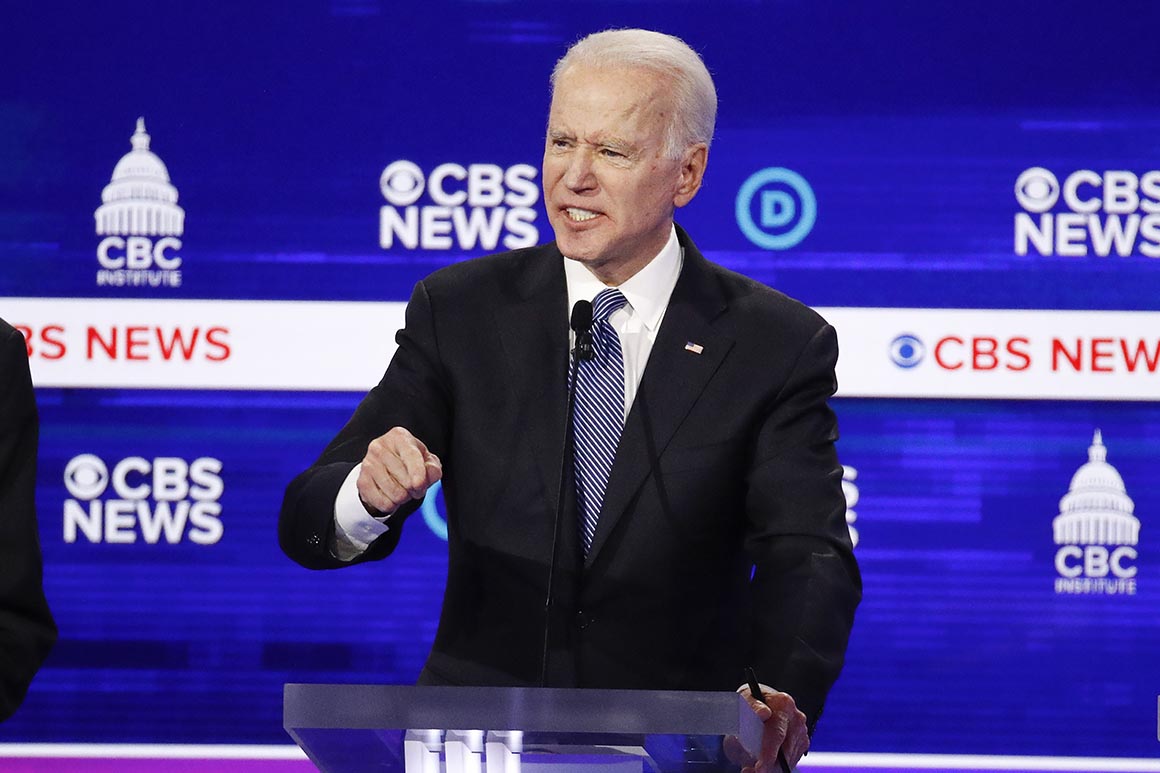 Though not entirely devoid of the verbal misfires and rambling syntax that has plagued him, it was the strongest of his 10 debates. And it came just in time: South Carolina has long been Biden’s firewall, given his appeal to African American voters, who play an outsize role in the Democratic primary electorate.

The Biden team tried to sell his distant-second finish to Sanders in Nevada as the start of a turnaround. But only victory in South Carolina will truly reset his candidacy. His longtime lead in the polls began shrinking after his losses in Iowa and New Hampshire.

Early on, Biden laid into Sanders over the Vermont senator’s past votes on guns and on Sanders’ flirtation with primarying Barack Obama in 2012.

Biden went on to cite the mass shooting at the nearby Mother Emanuel church where a white supremacist killed nine people in 2015. “Bernie voted five times against the Brady bill, and wanted a waiting period … of 12 hours. I’m not saying he’s responsible for the nine deaths, but that man would not have been able to get that weapon with the waiting period” he wanted.

Sanders responded saying he regretted some votes in the Senate and pointed back at controversial votes Biden had taken, including on the Iraq war.

Biden also alluded to Sanders’ flirtation with attempting to primary Obama, an issue that’s the focus of a new digital ad from the Biden campaign.

Biden also had his fair share of luck. He was able to escape the crossfire since billionaire Mike Bloomberg played the role of villain all night. And Sanders, as the frontrunner, drew most of the arrows, not Biden.

But Biden likely scored points when Sanders attempted to defend recent controversial remarks about Fidel Castro by likening them to past remarks made by Obama.

“The fact of the matter is [Obama], in fact, does not, did not, has never embraced an authoritarian regime and does not now,” Biden said to applause.