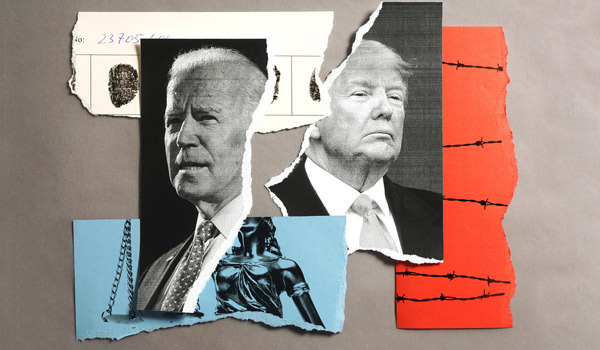 Marijuana. Biden co-sponsored legislation in the 1980s to give harsher sentences for drug crimes, but on the campaign trail this February, he said the country “is at the point where [marijuana] has to be, basically legalized.” His campaign quickly clarified, however, that he only hopes to decriminalize the use of cannabis and automatically expunge prior convictions of cannabis use. He supports the legalization of marijuana for medical purposes and wants to leave recreational marijuana legalization to the states.

Heroin. Biden’s record may have made the opioid crisis today worse, but his stated plans to address the crisis diverge greatly from his “War on Drugs” past: He says his administration will invest $75 billion in “flexible grants” to states and localities for prevention, treatment and recovery efforts, such as syringe service programs or “safe station initiatives.” He’ll also make sure first responders are equipped with naloxone and also trained to give mental health and trauma support.

Cocaine. Biden says his administration will work to end the federal sentencing disparity between crack and powder cocaine, and ensure it is applied retroactively.

Rehab instead of prison. Perhaps his biggest promise, repeated on the trail and the debate stage, is that there should be no incarceration for drug use alone and individuals should instead be diverted to drug courts and treatment.