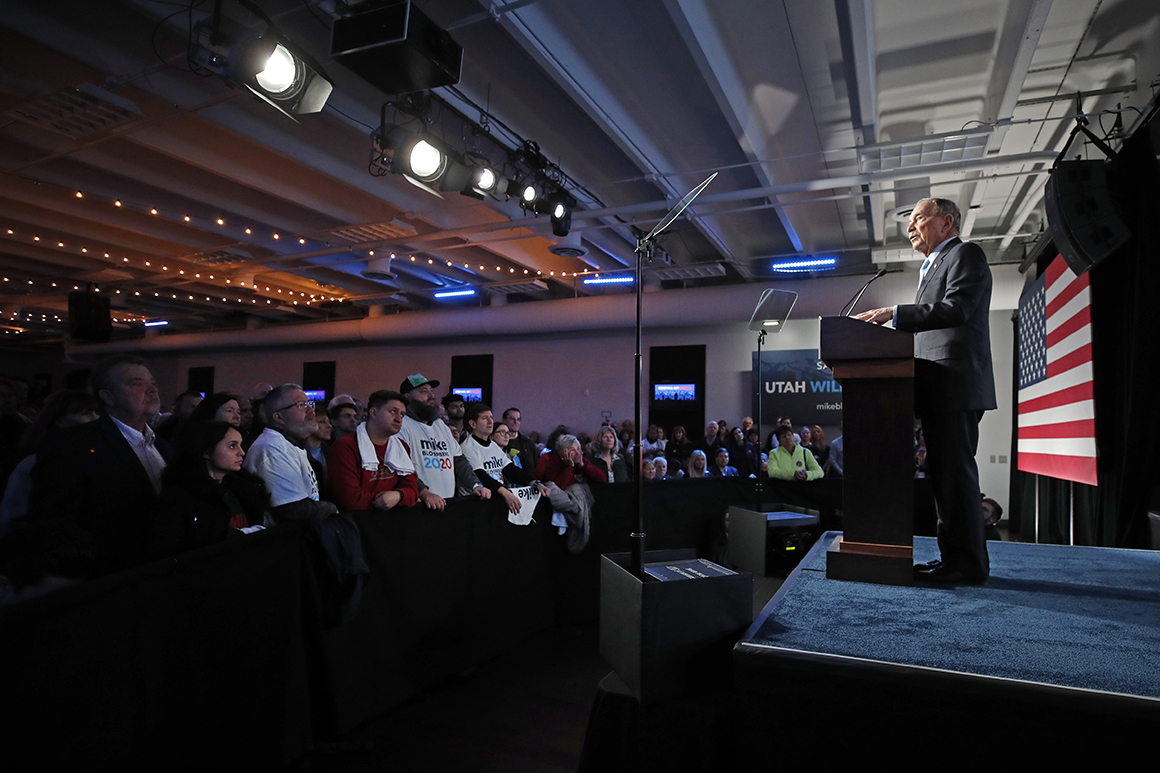 Since his entrance into the primary three months ago, Bloomberg has spent freely from his personal fortune, running a general election-style campaign against Trump and declining to engage in the Democratic turf war in favor of a plan that prioritizes Super Tuesday. Along the way, his hope for a muddled field has withered as Sanders has racked up a commanding lead in the early states.

That’s why his team is getting ready to launch a fusillade at Sanders before and during the debate, and why Bloomberg’s prep sessions were focused on aiming his fire at the liberal Vermont senator.

“We’ve trained our eyes on him. Something the rest of the field has failed to do eight debates prior and a year in a campaign,” a top aide said in an interview.

Bloomberg telegraphed the nuke-Bernie approach Monday when his campaign released a digital ad slamming Sanders for his history on gun control and drawing a contrast to the ex-mayor’s lengthy record of fighting the National Rifle Association.

The 90-second video and an accompanying tweet from Bloomberg states Sanders was elected to the House in 1990 with support from the NRA and highlights his opposition to a background checks bill in the 1990s.

Bloomberg’s campaign manager, Kevin Sheekey, has already indicated that Sanders will be the target of more negative stories from the Bloomberg camp. “Opposition Research on Bernie is Very Damaging, Perhaps Even Disqualifying,” he titled a blast email last week.

“We can’t let Sanders take the Democratic nomination, for the simple reason that he can’t beat Trump,” Sheekey wrote in another email Monday night. “America needs a candidate who can unite the country, not deepen our divides.”

But Bloomberg has yet to commit ad spending against Sanders, who is leading polls in delegate-rich Super Tuesday states like California and Texas.

While the rest of his Democratic rivals are also expected to turn the screws on Sanders Tuesday, Bloomberg’s task is complicated by Warren, who hit Bloomberg with the hardest and most sustained attacks in the first debate, and continues to zero in on him.

“We are not trading one arrogant billionaire for another. What do you say?” she said, later referring to Bloomberg as the “riskiest candidate” Democrats could nominate.

Further muddying Bloomberg’s strategy is his pledge to fund the eventual nominee, even if it ends up being Sanders, who presents the sharpest ideological contrast to the former New York mayor.

If he attempts to demolish Sanders on stage and spends money now to diminish the Vermont senator in a TV ad blitz heading into Super Tuesday, he could be playing into Trump’s hand in the general election by highlighting his weaknesses.

“Obviously it’s continuing to raise questions and concerns in the minds of Dem voters about Bernie’s ability to close the deal and beat Trump — that’s Bloomberg’s central task. But I don’t think it happens off of a couple of smart, well-prepared hits in the debate,” New York City-based political consultant Neal Kwatra, who is unaffiliated with any presidential campaign, said. “Everybody has waited way too long to coalesce around some anti-Bernie effort and he has built a very formidable, mature movement that’s going to be very hard to dislodge.”